Behind the Brand: Building the Legion

From concept to realization, how Big Communications delivered for Birmingham 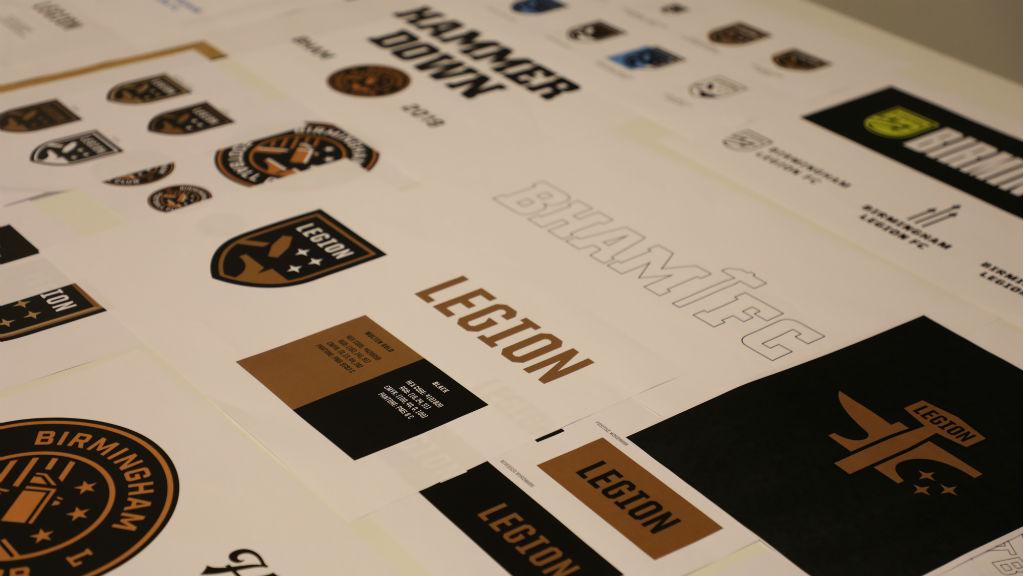 BIRMINGHAM, Ala. – When the USL awarded the first of what proved to be seven 2019 USL Championship expansion franchises to the City of Birmingham in August 2017, the club’s ownership group was tasked with building an authentic brand that would resonate strongly within the local community.

In order to shape that identity, the club turned to Birmingham-based Big Communications, a digital communications agency that has provided strategic marketing, creative, media, PR, and content services to local businesses since 1995, for help.

“From the beginning, they’ve been a partner of us in this process of launching a team from scratch,” said Jay Heaps, Birmingham Legion FC President and General Manager. “When you start talking about that as the brand and the badge and everything that represents, they were a huge part of those first few decisions to be made with the ownership group to really get it on the right track.”

After meeting with ownership, Big’s Chief Creative Officer Ford Wiles and his team kicked off the creative process by doing a deep dive into the Birmingham sports landscape, which has featured numerous semi-professional and minor-league teams across multiple sports over the years. They also considered the city’s industrial history that was forged upon iron and steel production after being founded in 1871.

From there, Big began brainstorming a wide variety of team names, always trying to capture the essence of the city while also making sure that no idea went overlooked.

“We had pretty much five to ten people, anybody that had some time to kick on it just kind of throwing names at the wall and just generating hundreds of different names,” said Wiles. “At the beginning, there’s no wrong answers, we’re just brainstorming and then we start narrowing it down and say ‘Okay, is there anything else named this?’ and you just kind of go through a whole process of how you narrow it down to your select few.”

Once the list was whittled down to three options, Big began the design process to give themselves and ownership a visual feel for each of the remaining names. That process helped the group decide on the name ‘Legion’, as well as an early form of the crest that would be refined and later unveiled alongside the brand on January 17, 2018.

“At the end of the day, when I think about what makes a good name or a good brand is kind of based in some sort of undeniable truth,” Wiles said. “Legion in its sense is like a Roman army, but that word in particular has a tremendous amount of historical cache in the city of Birmingham.”

That historical connection ties to Legion Field, which sits just West of downtown and hosted men’s and women’s soccer matches during the 1996 Summer Olympic Games, including a 3-1 victory for Hernan Crespo’s Argentina over Claudio Reyna and the United States in front of a record crowd of 83,183 fans.

Legion Field has historically been the hotbed for all Birmingham sports, not just soccer, as it also served as an alternate home to the football programs of the University of Alabama and Auburn University for most of the 20th century. Due to its large capacity, the venue hosted the annual meeting between the two in-state rivals each year from 1948 to 1988, which led the game being called the Iron Bowl.

The ode to the stadium, which still hosts the University of Alabama Birmingham (UAB) football program, was a natural connection to the local community but also sparked a debate as to whether the team should be called Birmingham Legion Football Club or Soccer Club. While the other football is something that resonates strongly in Alabama, Big and the ownership group believed that “Football Club” had a more authentic ring to it.

One way the club was able to differentiate itself from some of the football programs within the state was with its crest, which features a unique color scheme using “molten gold” and “attack black”. The gold represents the quality of the club’s character and sportsmanship, while the black signifies the menace and determination of the players, city and fans. The colors are intentionally a noticeable contrast to the red and white of Alabama, the blue and orange of Auburn and the green of UAB.

“We wanted to make sure that this team had its own distinct identity and color palette,” said Wiles. “So, I think for us yeah, we very were considerate about UAB and Alabama and Auburn and any other teams that the association might come in contact with us.”

The group was also considerate about creating a historical connection between the club and its new fanbase, which came to fruition in the form of the hammer, anvil and sparks on the club’s crest. The hammer and anvil represent the club’s past – evolving from the Birmingham Hammers of USL League Two – as well as the city’s industrial roots, while the sparks embody the club’s fiery spirit.

While he was very happy with the final product, Wiles said he still had a few nerves before the brand was unveiled to the public, especially given the pressure of designing the city’s first professional sports team. Those nerves quickly faded to relief and pride, as the brand’s launch went off without a hitch.

“We were excited when it came out, it instantly took off,” said Wiles. “There weren’t a lot of naysayers. It naturally just went with the flow of the city and the passion of the fans. I mean as you know, soccer fans are probably some of the most passionate fans in all of sports and they don’t hold their opinions back.”

“We were impressed,” said Simon Iles, Vice President of Magic City Brigade, the club’s supporters’ group. “It’s one of those things where you never know quite how it’s going to go. And obviously, the team having evolved from the amateur team the Birmingham Hammers…to have something with kind of a development and evolution of that was great.”

As the club continues to push forward towards its inaugural season in the USL Championship next spring, Heaps and the rest of the club’s executives are looking forward to seeing the Legion continue to grow.

“You want people to say, ‘I want to go to a Legion game’ or ‘I want to be a part of the Legion,’” said Heaps. “You want to have a real feel for the club and really see the movement towards professional soccer in Birmingham.

"They took an idea and really walked it down from the abstract to something real and I think that's amazing."