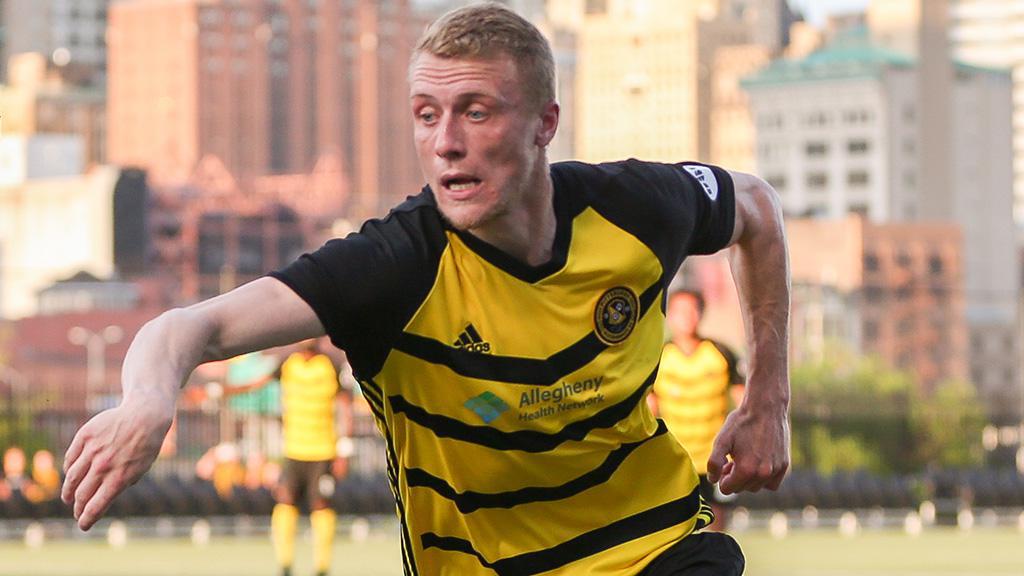 BIRMINGHAM, Ala. – Birmingham Legion FC announced on Tuesday the signing of midfielder Joseph Holland, pending league and federation approval. The 25-year-old attacking midfielder joins the club following a season with the USL Championship’s Pittsburgh Riverhounds SC, where he featured 15 times in the 2018 season and helped the team reach the USL Cup Playoffs.

“We are excited to add a player like Joe as he is a versatile midfield player that can impact the game from different positions,” said Legion FC President and General Manager Jay Heaps. “He also brings MLS and USL experience to Legion FC that will help us on and off the field.”

Holland was originally selected with the 10th overall pick in the 2017 MLS SuperDraft by the Houston Dynamo. He saw the field five times early in his rookie season before spending most of the year on loan from Houston to the USL Championship’s Rio Grande Valley FC. While with the Toros, Holland started 13 games and tallied up four goals and an assist.

“I already feel an extra boost of motivation to work hard technically and physically this offseason to come into preseason in Birmingham in the best shape I have ever been,” said Holland. “I feel really driven and excited about the possibilities for the inaugural season.”

Contreras made his professional debut with Atletico Venezuela in the 2012 season and won the Primera Division with Zamora FC in 2016. He will be coming to El Paso from his current club, Defensores Unidos of the Primera C in Argentina. Contreras is the sixth player signed for the club’s 2019 USL Championship season thus far and is the second international player, joining Belgian Chiro N’toko.

“I spent many weeks observing Contreras and his quality on the ball was evident from the first moment,” said Locomotive FC Head Coach Mark Lowry. “He has a magical left foot, he can go past defenders on the dribble, and he also links up well with teammates. For us to have the opportunity to bring a player of his caliber here says a lot about what we are trying to achieve.

“He has won championships in Venezuela, and only a couple of months ago was playing against Newell’s Old Boys in Argentina and was one of the best players on the field. He is a player that will be very exciting to watch and will get the fans out of their seats.”

SAN ANTONIO ADDS EXPERIENCE IN RESTREPO: San Antonio FC announced it had signed midfielder Walter Restrepo for the 2019 USL Championship season pending league and federation approval. Per club policy, terms of the deal were not disclosed.

“We are excited to have Walter back in San Antonio,” said SAFC Head Coach Darren Powell. “He is an exciting attacking player who has won three championships in five years, so those experiences will be invaluable to us. We are looking forward to his arrival this preseason.”

The winger joins San Antonio from Deportes Tolima and returns to the USL for the first time since 2017. Restrepo spent part of the 2017 season with the Tampa Bay Rowdies where he recorded one goal and one assist over 15 appearances (572 minutes), while helping the club reach the 2017 USL Cup Playoffs.