Lopez Links Up with Legion FC 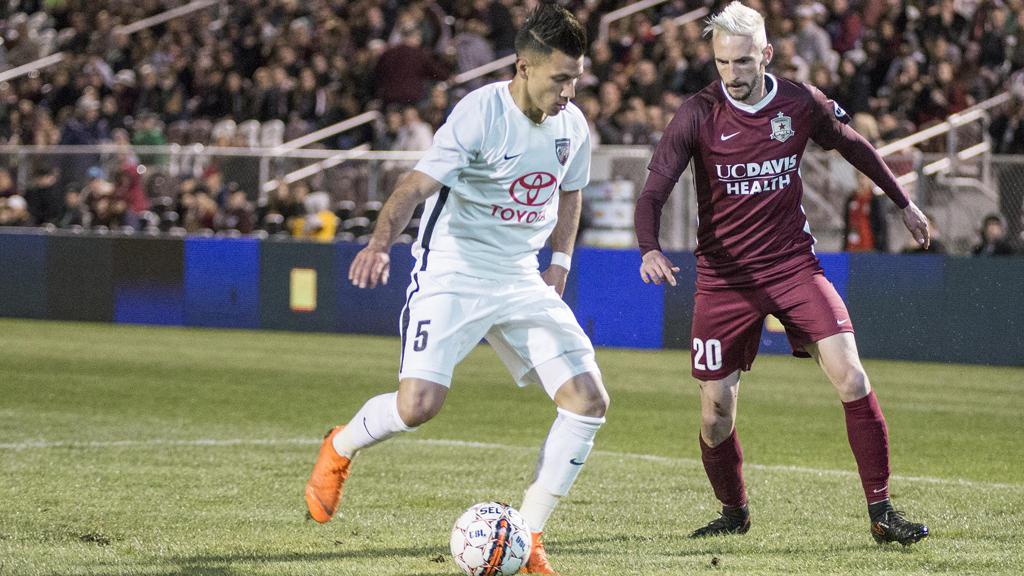 BIRMINGHAM, Ala. – Birmingham Legion FC announced its second signing in club history on Tuesday as it announced the acquisition of midfielder Mikey Lopez on a multi-year deal. The 25-year-old joins Legion FC having most recently played for fellow USL club San Antonio FC during the 2018 season.

“Mikey is a player of high pedigree and ample professional experience,” said Jay Heaps, Legion FC President and General Manager. “We identified him as an already talented player with an even higher ceiling. We’re proud to sign Mikey to the Legion and are anxious to be a part of his continued career.”

A former United States U-20 international, Lopez scored three goals and three assists in 31 appearances for San Antonio FC in the 2018 USL regular season. Lopez finished third in SAFC’s squad with 2,350 minutes of action while winning 44 of 55 tackles and recording 29 interceptions and 29 key passes during the campaign.

Prior to moving to San Antonio, Lopez spent two seasons with New York City FC in Major League Soccer. He played in 27 games in 2016-17, and helped the team finish second in the Eastern Conference and make the Audi MLS Cup Playoffs in both seasons.

Lopez was originally selected with the 14th pick of the 2013 MLS SuperDraft by Sporting Kansas City, where he went on to make 14 appearances over three seasons. In addition to seeing action for SKC, Lopez also spent time on loan in the USL with both Orlando City SC and OKC Energy FC. Lopez has made 53 USL appearances overall in his career.

Before joining the professional ranks, Lopez spent two years playing collegiate soccer at the University of North Carolina. While with the Tar Heels, he was an integral part of their 2011 NCAA Championship team and was named the ACC Freshman of the Year. The midfielder made 17 appearances with the United States Under-20 National Team in 2012-13, becoming a key part of the U-20 squad that finished second in the 2013 Concacaf Championship, qualifying for the 2013 FIFA U-20 World Cup.