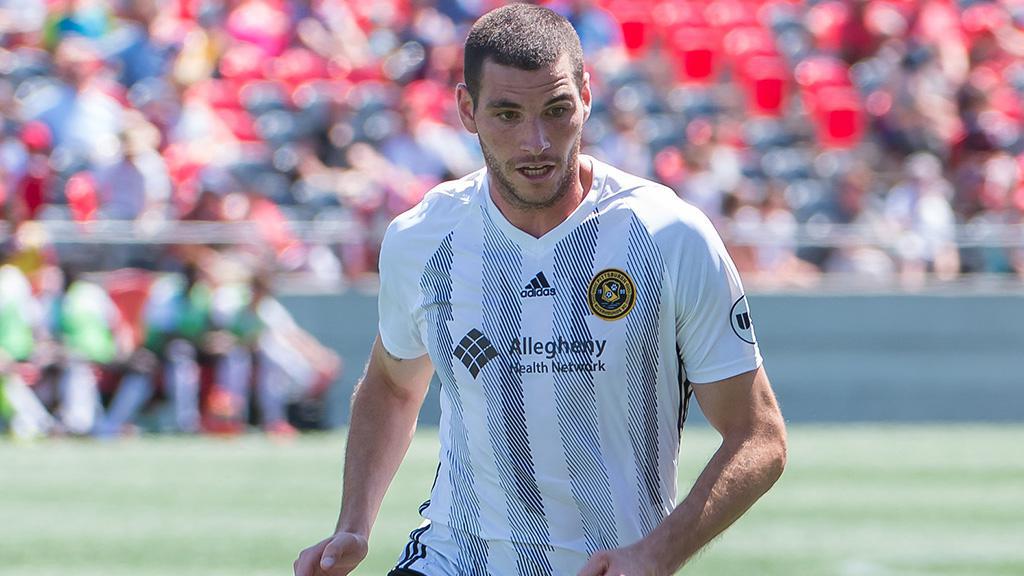 PITTSBURGH – 2018 USL All-League selections Joe Greenspan and Kenardo Forbes are among 11 players to have their contract options picked up by Pittsburgh Riverhounds SC, as the club on Tuesday announced its first roster moves of the offseason.

“The 2018 campaign was a season of progress here in Pittsburgh, and the club has even bigger aspirations looking ahead to 2019,” said Hounds Head Coach Bob Lilley. “Although there were some very difficult decisions, we feel confident this core of players moving forward gives us a strong foundation for the 2019 roster.”

Greenspan was a finalist for the USL’s Defender of the Year honor after being named to the All-League First Team earlier this month. The former Navy standout helped lead a defense that tied the USL single-season record with 17 shutouts as he won 145 of 216 duels (67.1 percent), 115 of 151 aerials duels (76.2 percent) and posted 59 interceptions and 176 clearances.

Forbes earned his second selection to the USL All-League Team in his career after leading the Hounds with eight assists while also recording four goals. The 30-year-old Jamaican finished second on the team with 2,757 minutes of action, trailing only fellow returnee Vancaeyezeele (3,029 minutes).

Other notables to return include Brett, who was the Hounds’ leading scorer in the 2018 season with 15 goals and eight assists across the regular season and USL Cup Playoffs.

Scottish veteran Kerr will also retain his place as the longest-tenured player in the Hounds’ squad as he enters his seventh season in Pittsburgh having made 156 appearances and having recorded 24 goals and 22 assists in his time at the club. Kerr ranks tied for 12th in the USL’s modern era in regular-season appearances.