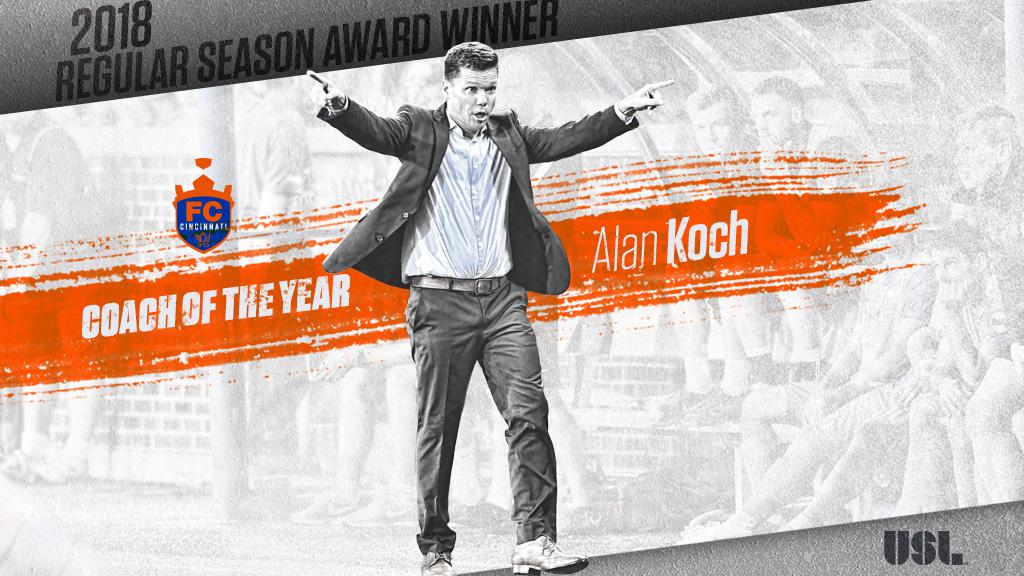 TAMPA, Fla. – The United Soccer League announced on Tuesday that FC Cincinnati’s Alan Koch has been voted the 2018 USL Coach of the Year. In his second season at the club, Koch led FC Cincinnati to a remarkable year as it claimed the 2018 USL Regular Season Championship in impressive fashion, while leading the league in scoring and setting new marks across the USL record book.

Koch helped integrate numerous new players into the squad as his side remained in contention in the Eastern Conference over the opening third of the regular season, but from the start of June the team took off to finish with only three defeats in 34 contests. FC Cincinnati’s 77 points and 23 victories both set USL regular-season records, while the side also led the league in the regular season with 72 goals.

“Obviously, it’s an individual award, but to receive a Coach of the Year Award you don’t really do it by yourself,” said Koch. “It’s impossible to win it by yourself as a coach. Your players obviously go and perform and get results, but you need a staff around you to achieve your collective goals.” 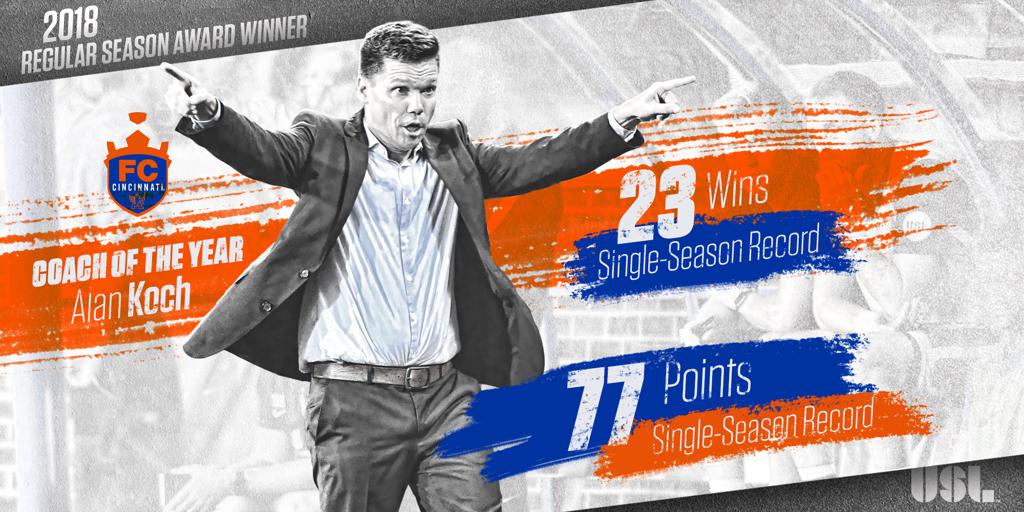 In addition to the club’s single-season records, FC Cincinnati also set new regular-season marks with a 23-game undefeated streak that ran from June 2 to October 13 that surpassed the Richmond Kickers’ 22-game streak achieved in the 2013 season, and a 10-game winning streak between August 12 and September 29 that surpassed the nine-game streak set by Real Monarchs SLC the previous season.

“The Coach of the Year honor is well-deserved for Alan Koch after a record-setting season that will be hard to replicate,” said FC Cincinnati President Jeff Berding. “We could not have picked a better person to lead our club on the field. Alan has been a winner and a fantastic partner as we’ve built our club. He has a unique understanding that we are all in this together, pulling in the same direction to create the most success. His clear vision and goals – and the execution of these plans – have been a pleasure for our entire community to follow. We are so fortunate that we have Alan as our head coach, and we’re very excited to see him lead the team as we move up to MLS next season.”