LOUISVILLE, Ky. – The 2018 USL Cup didn’t provide the ending that Didier Drogba or Phoenix Rising FC were hoping for after hosts Louisville City FC took a 1-0 victory before a sellout crowd at Lynn Stadium on Thursday night, but on Friday the legendary forward hinted that it may not have been the last time fans would see him in action competitively.

Now 40 years old, Drogba scored in the opening three games for Rising FC in the 2018 USL Cup Playoffs before being held scoreless against LouCity. While it was anticipated that the USL Cup would be his final game as a professional, Drogba’s posts to social media suggested otherwise. 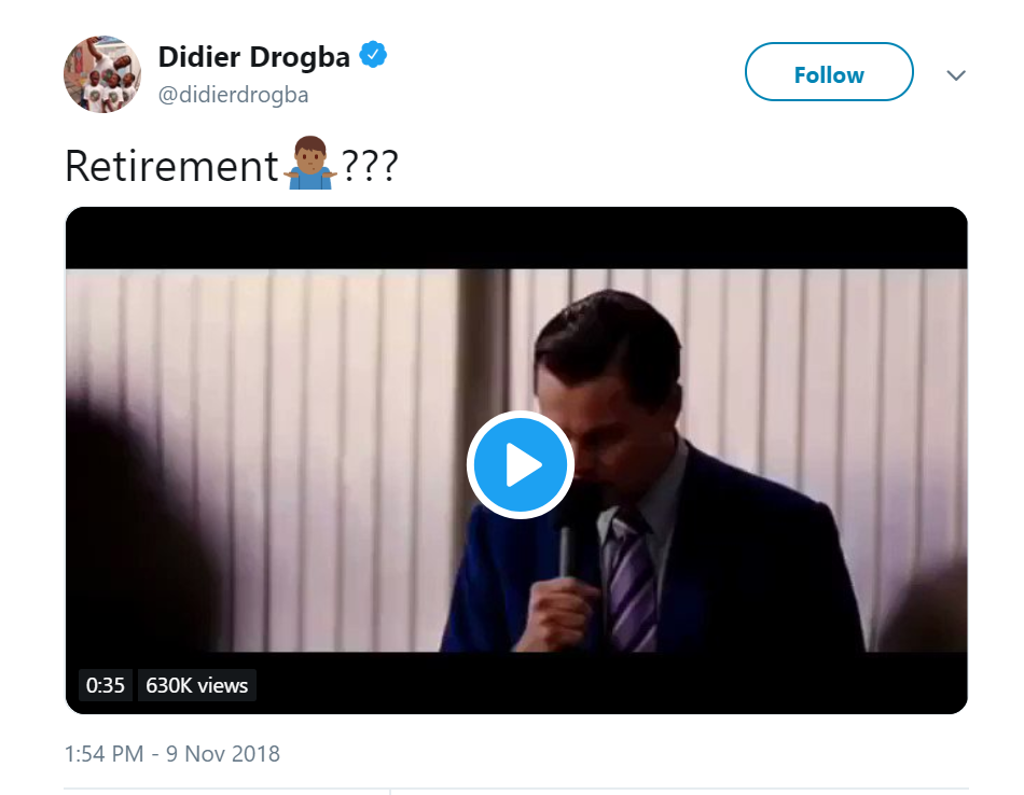 After arriving at Rising FC last spring, Drogba has helped drastically raise the profile of the club off the field but has also been a solid producer when available for selection with 17 goals, five assists and 52 chances created in 26 appearances.

Both Rising FC interim Head Coach Rick Schantz and goalkeeper Carl Woszczynski paid tribute to what Drogba had brought to the club since his arrival following Thursday night’s game.

“You could see as the game was going on, when we went down 1-0, his desire to get the ball, his desire to be involved,” said Schantz. “To say how do we rate his performance, he’s 40 years old playing against a bunch of 20-somethings in a league that’s really up-and-coming, so it’s not easy. The opportunity I got to coach him this year blows me away that I was ever able to share the field with one of the best players to ever play the sport.”

“It’s been incredible,” added Woszczynski. “His talent on the field speaks for itself, but the biggest thing I take is that the level he’s been at, everything he’s won, he’s one of the best people you’ll ever meet. He’s invited us to his house for team barbecues, opened his doors, cooked for us for hours, treats everybody as an equal, with respect.

“That says a lot, from the guys he’s played with then coming to USL and treating us like that and teaching us everything he’s learned, one of the most valuable things I’ll take from him is no matter what level you get to, you can still be humble and treat everything with respect.”