What’s going to make the difference in the 2018 USL Cup? We asked coaches who’ve faced the finalists 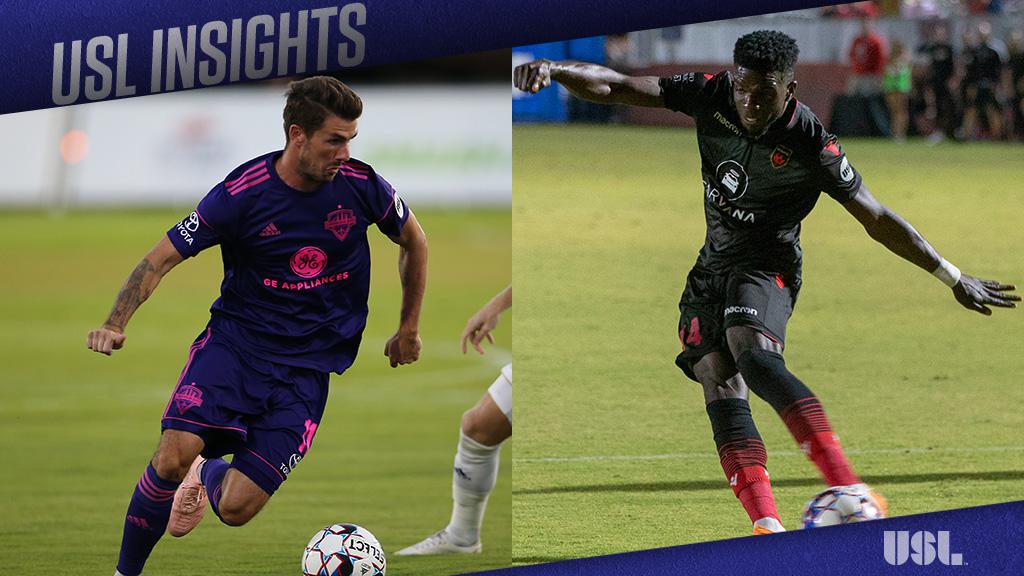 That assignment, which has proven to be problematic for six other USL Head Coaches so far this postseason, is to figure out a way to defeat the other in the most important game of the year.

Throughout the playoffs, Louisville and Phoenix have demonstrated their abilities to light up the scoreboard but also play lock-down defense when the situation calls for it, outscoring their opponents 11-2 and 9-3 respectively over three postseason games. That well-rounded play has led each club to three straight wins, a conference championship and earned plaudits from some of their competition.

“I think that they’re just an all-around very solid team,” an Eastern Conference Head Coach said of Louisville. “They’ve been together for a long time, they seem like they’ve got good chemistry, they work really hard, they know each other’s games and they know how to play well with each other.”

Louisville’s chemistry on the field – helped by retaining core players like Kyle Smith, Paco Craig, Niall McCabe and Cameron Lancaster – has led to its consistent success since joining the league, as the reigning USL Cup champion has finished in the top-two of the Eastern Conference standings and reached the conference final in all four of its USL seasons.

One the other hand, Phoenix entered this postseason without a playoff victory in its history but has finally broken through to earn its first piece of silverware and begin meeting the club’s lofty expectations. While Rising FC hadn’t experienced this level of success previously, there was little surprise in Phoenix and elsewhere that the West’s No. 3-seed emerged from the conference as one of the USL’s elite clubs.

“I think they reinforced very well for this year,” said a Western Conference Head Coach. “They brought a lot of great players to the good squad they already had. I always thought that Phoenix would be one of the teams that was going to be finishing on top this year. They have a lot of depth, a lot of players that can come off the bench and make an impact in the game. They had a lot of weapons, especially up front, that can really do some damage.”

Specifically, coaches noted the pace of wingers Solomon Asante – who was named to the 2018 USL First Team earlier this week – and Jason Johnson as a constant threat in Phoenix’s counterattacking style of play. Rising FC has been happy to sit back and absorb pressure during the team’s three postseason matches – averaging just over 35 percent possession over that stretch – and then use their speed on the flanks to break quickly when given the chance.

As another Western Conference Head Coach pointed out, Phoenix has made the most of those counterattacking opportunities this postseason by sharpening its finishing. Rising FC has more than doubled its regular-season shot conversion rate of 14.69 to 31.03 in this year’s playoffs and while that’s obviously been over a smaller sample size, there’s been little doubting the quality of Ivory Coast legend Didier Drogba in front of goal. The 40-year-old, who will hang up his boots after the USL Cup, has continued to roll back the years for Phoenix by finding the back of the net in all three postseason wins.

“You can’t look past Drogba,” the Head Coach said. “As old as he is and towards obviously what’s going to be the end of his career, the quality in the way that he understands the game and can pull strings for that team [is key]. We found when we played against him, he goes where he wants and he tries to make the game from different areas of the field.”

Just as Drogba is happy to dip into midfield to retrieve the ball and bring Phoenix forward, Louisville’s center backs Paco Craig and Alexis Souahy are more than willing to build their side’s attack from the back.

An Eastern Conference Head Coach believes that LouCity wants to pass its way out of defense but also are practical in their approach and will play the ball long if other options aren’t available. He also praised Louisville’s ability to keep the ball in the opponent’s half – the side has completed 645 passes over the midfield stripe this postseason, 159 more than Phoenix – and apply pressure on their opponents.

“They keep good possession in more dangerous areas, so that means that they create better chances for themselves,” he said. “They don’t rush their opportunities and when they do lose the ball, they try to get it back quickly and they’ve got quite athletic central defenders so that if the ball does turn over they are able to shut things down quite well.”

In a match that looks likely to pit two contrasting styles against each other, Phoenix may have an opportunity to continue finding success on the counterattack by getting the ball into Drogba in a No. 10 role to then release their wingers in behind the Louisville defense.

“I think that if you’ve got good speed in your front line, there’s a little bit of space behind their fullbacks because their fullbacks attack quite high,” an Eastern Conference Head Coach said of Louisville. “And then there’s also quite a big space between their center backs and their center midfield players because their center midfield players press quite high, especially when McCabe is on there he gets quite high so [Paolo] DelPiccolo’s a little bit isolated but also, he does a good job defensively, but if he presses the ball then there’s a space.”

While Phoenix will try to exploit some of those spaces on one end, Louisville will be tasked with drawing the visitors out of their defensive shell on the other. One way to do that could be forcing Rising FC to honor shots from distance by testing goalkeeper Carl Woszczynski early in the contest, rather than settling for hopeful crosses into the penalty area.

“I think we probably should have taken a few more shots from outside the box to get them to step out of their block,” said another Western Conference Head Coach. “Then what we do really well are those combinations around the box to get into the box as opposed to playing it out wide and looking to hit them from crosses because that’s kind of what they wanted us to do and they win the second ball and break on the counterattack.”

After the opening whistle sounds on Thursday night, the chess match within the match could go a few separate ways, but there’s one thing that coaches, fans and everyone can agree on heading into the USL Cup.

“[They’re] two great teams and hopefully they can give us a very entertaining game to watch and may the best team win.”