Reno ‘Gave Everything’ in Season-Ending Defeat

1868 FC disappointed, but proud of progress made in second USL season 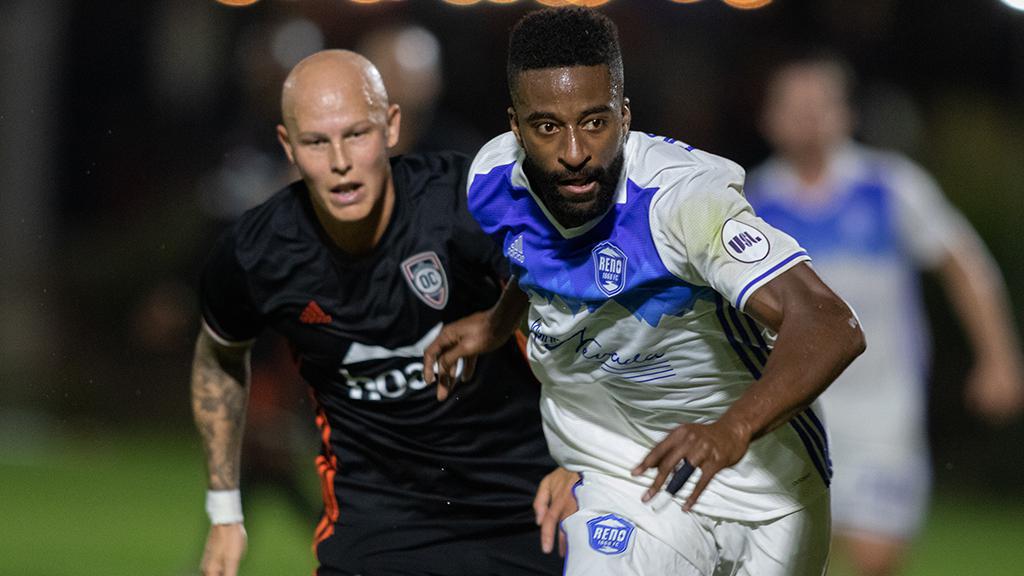 The visitors, who recorded a 3-1 home victory over OCSC on the final weekend of the regular season, tried to follow the formula that worked for them on that occasion but couldn’t find the same level of clinical finishing, as Aodhan Quinn’s first-half strike proved to be enough to power the hosts to victory.

“I think we gave everything we had,” said Reno goalkeeper Matt Bersano. “Nobody has any complaints as far as the work ethic from the guys. We weren’t able to get that final ball or opportunity and this one is going to linger. It is a tough one to swallow for sure.”

1868 FC maintained 60.4 percent of possession over the 90 minutes and outshot Orange County 12-11 but found the target with just two of those efforts as the side was limited to seven attempts from outside the penalty area. Reno started the brighter of the two sides and came close to opening the scoring on two separate occasions as Jerry van Ewijk’s fifth-minute free kick sailed just over and Seth Casiple’s cross narrowly evaded the outstretched legs of forward Brian Brown 12 minutes later.

Those near misses proved to be critical when Quinn scored the game’s only goal just before the half-hour mark with a left-footed finish that trickled past Bersano and into the bottom-right corner of the net.

Overall, Reno did well to limit Orange County’s potent attack – which has now recorded 75 goals in 36 games this campaign – by breaking up the play with 20 interceptions, winning 60 percent of its aerial duels and 51.1 percent of its duels overall, but the side just couldn’t break down the host’s defense, which grew happier to sit back and absorb pressure as the game went along.

Despite the setback, Bersano was proud of the squad’s efforts this season and thought the team improved its standard from its inaugural campaign, which also finished on 59 points but ended in a first-round playoff exit.

“In an inaugural season, there may be some hiccups because everything is new,” said Bersano. “I think this year, the professionalism as a whole has been amazing. This club took a big step when it came to professionalism. It’s been really awesome to watch this club grow.”

As Reno begins to transition to the offseason, the organization will assess its roster and make any changes it feels necessary to propel the club towards being a USL Cup contender in 2019.

“We should be competitive again next year,” said Head Coach Ian Russell. “We have to go through the offseason and see where we’re at. It was a great group of guys this year.”