Beckie, Byars also re-sign with club as it enters offseason with 12 players under contract 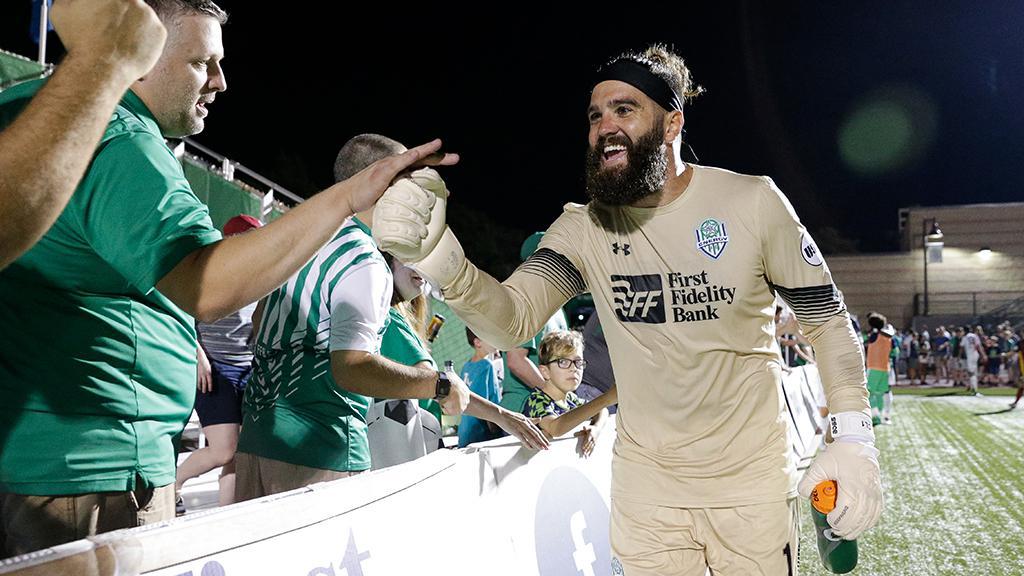 OKLAHOMA CITY – OKC Energy FC announced on Monday it had re-signed goalkeeper Cody Laurendi and defender Kyle Hyland and new two-year contracts that will keep both players at the club through the 2020 USL Championship season. The return of Laurendi and Hyland were part of a number of roster moves made by the club as it moves into its offseason.

The club announced it had also re-signed defender Drew Beckie and goalkeeper Bryan Byars to add to a squad that previously had goalkeeper Matt VanOekel, defenders Atiba Harris and Christian Ibeagha, midfielders Jose Barril, Marco Bustos and Callum Ross and forwards Deshorn Brown and Jaime Siaj under contract for the 2019 season.

Laurendi has been part of Energy FC’s squad since prior to the 2016 season and has made 64 appearances for OKC over the past three years. That spell included a long stint on the sideline after suffering a torn ACL late in the 2017 season, but the Puerto Rico international bounced back strongly after his return to make nine appearances at the end of the past regular season during which time he posted a 77.1 save percentage and four shutouts.

Hyland and Beckie were regulars on the back line for Energy FC this past season with Hyland recording 2,148 minutes over 24 appearances to place sixth on the team as he finished second on the team with 41 tackles at an 82 percent success rat. Beckie recorded 1,800 minutes over 20 appearances and led the club with 90 clearances, while also going 15 of 17 in tackles and recording 23 interceptions.