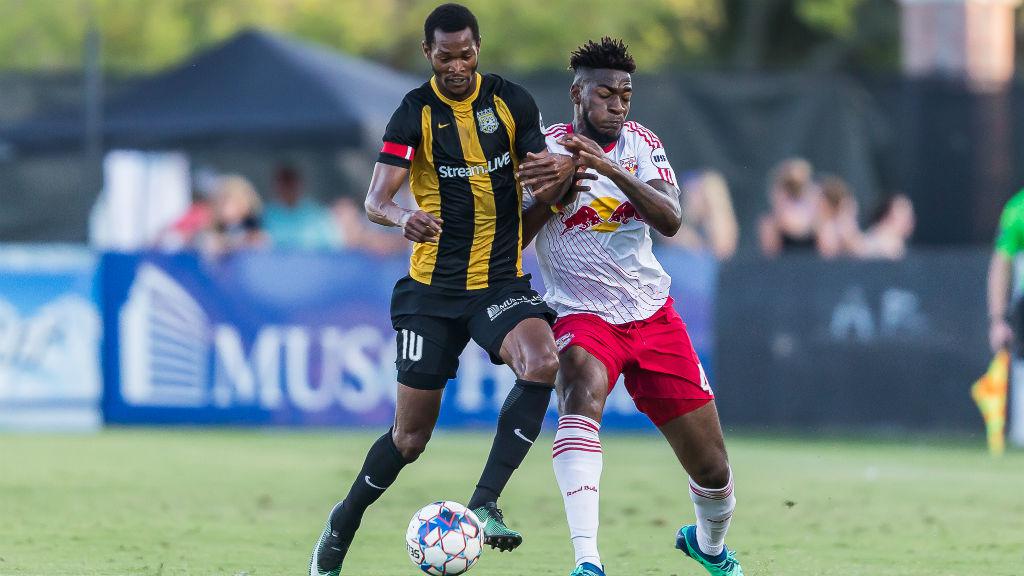 Last year, New York made the trip down to South Carolina as the East’s No. 7 seed and earned a 4-0 victory over Charleston on its way to reaching the Eastern Conference Final. The Battery haven’t forgotten about that disappointing defeat and hope to turn the tables when the No. 5-seed Red Bulls II return to kick off the 2018 USL Cup Playoffs.

“Last year we were frustrated after the performance we had in the playoffs,” said Battery defender Taylor Mueller. “I think everybody in the locker room wants a little redemption from either last season or the 4-4 draw earlier this season where we feel we were cheated out of three points.”

The Battery led that August 25 meeting between the two sides 3-0 at halftime but Tah Anunga’s 61st-minute red card ignited a Red Bulls II comeback that saw substitute Tom Barlow record a 24-minute hat trick to earn his side a point.

New York also took a 5-2 victory over Charleston at Red Bull Arena on March 31, making the two teams’ regular-season series the third-highest scoring in the USL this year.

After seeing his side concede nine goals in two games to a potent Red Bulls II attack – which finished the season tied for second in the USL with 71 goals – Battery Head Coach Mike Anhaeuser has decided to embrace the high-scoring contest likely in the offing and prepare his side to keep up with New York on the scoreboard.

“Usually, and even in years past, our mentality has been trying to figure out how to defend them, but they’re not a team you defend,” said Anhaeuser. “They’re going to go with seven or eight players every time they have the ball, so we need to make sure we attack them right back. It’s funny, sometimes if you attack well, it’s your best form of defense. I don’t always think that way, but the last time we played them at home, we hit them on the counter three times and put them on their heels. That’s what we have to do.”

The Battery will also hope to continue using the crowd at MUSC Health Stadium to its advantage. The side finished the regular season 10-2-5 on its home turf and conceded just 12 goals while keeping nine clean sheets over those 17 matches.

Meanwhile, the Red Bulls II won just two road matches this campaign (2-5-10) but did so in their last two road outings, racking up vital victories down the stretch against North Carolina FC and Penn FC. Outside the thrilling 4-4 draw in Charleston, New York wasn’t as potent offensively away from home as the side scored just 18 goals in its 16 other road matches.

Still, Anhaeuser admitted that it’s not likely his side keeps New York off the scoresheet entirely and despite wanting a clean game at the back, he said his side will stay on the front foot in an attempt to go win the game.

“We feel that we need to get two or three goals to win this game and that’s been the focus.”