Cincinnati Ready to 'Seize the Moment' in USL Curtain Call 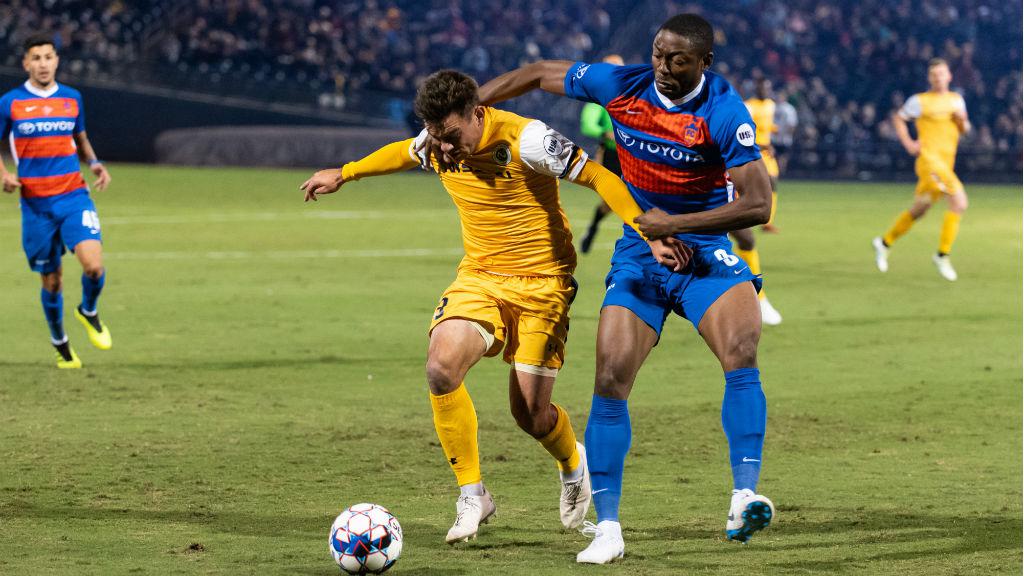 CINCINNATI – After a record-breaking regular season that saw the side set new USL marks for wins (23) and points (77), FC Cincinnati enters the 2018 USL Cup Playoffs with the weight of expectation as it carries a 23-game unbeaten run – another USL record – into its Eastern Conference Quarterfinal matchup against Nashville SC on Saturday (4 p.m. ET | Match Center | ESPN+) at Nippert Stadium.

Cincinnati is focused on keeping its momentum going into the postseason as it looks to secure another piece of silverware to add to its 2018 USL Regular Season Championship before transitioning to Major League Soccer this offseason.
If history has anything to say about FCC’s chances, though, it’s that having postseason success before moving to MLS won’t be easy.

In 2014, an Orlando City side that – like Cincinnati – featured MLS signings and finished atop the regular-season standings, fell in the first round of the playoffs to the former-Harrisburg City Islanders. The Vancouver Whitecaps and Portland Timbers both saw their final lower-division seasons end in postseason defeats in 2010 before beginning play in MLS the following year, while the Seattle Sounders suffered a first-round exit in 2008 to the Montreal Impact after winning the USL First Division the previous season.

If Cincinnati wants to avoid a similar fate as it writes its final USL chapter, the side will have to accomplish something it hasn’t yet this campaign – defeat Nashville. NSC is one of just two teams that came out unscathed against FCC during the regular season, the other being another playoff contender in Bethlehem Steel FC, as the teams played out three draws including last Saturday’s 3-3 tie at First Tennessee Park.

“We’ve learned that they match up well against us,” said FCC defender Blake Smith. “For whatever reason, we seem to struggle against them. Not necessarily struggle, but it’s kind of like chess match with them. So far, it’s been three games, three ties. So, we definitely have to be on our best game.”

Cincinnati will also have to overcome its own playoff history, which to this point features a pair of first-round exits. As the No. 3 seed, FCC dropped its USL postseason debut to the Charleston Battery in 2016 before falling to the third-seeded Tampa Bay Rowdies 3-0 last year.

FCC Head Coach Alan Koch wants his side to remain focused on the task at hand and says there’s nothing his side needs to do differently to beat Nashville and avoid becoming the fourth No. 1 seed to lose its first playoff game since the USL split into two conferences in 2015.

“Just have to seize the moment, it’s not necessarily improvements,” said Koch. “It’s to go out, put your best foot forward, make sure you put in a good performance and hopefully a positive result will come through with it too.”