IRVINE, Calif. – Orange County SC announced on Thursday the club had agreed to terms on a multi-year contract extension with standout midfielder Aodhan Quinn. Terms of the deal were not disclosed.

Quinn was one of five players to play every minute of the the 2018 USL regular season and recorded 11 goals and 14 assists to lead the club to a first-place finish in the Western Conference. Quinn’s 14 assists were second in the league, while he led the USL with 103 key passes. He was one of three players to record double-digit goals and assists in the regular season.

“I’m extremely excited that Aodhan has committed to the future with OCSC and signed a new deal,” said Orange County SC Head Coach Braeden Cloutier. “He has been one of our most consistent players this season and leads by example every day. Aodhan was one of my first signings this past offseason and has exceeded all expectations.”

Quinn’s goals and assists were both career-highs in the USL, with the midfielder having made 122 appearances over five seasons since joining Orlando City SC in the 2014 season. Quinn subsequently spent two seasons with Louisville City FC, helping the side reach the USL Cup Playoffs in both 2015 and 2016, and then played in 2017 for FC Cincinnati before joining Orange County this past offseason.

“I am excited and honored to have re-signed with such a great club,” said Quinn. “We are in the process of building a winning culture and I’m glad to be able to continue helping Orange County SC in any way I can for years to come.” 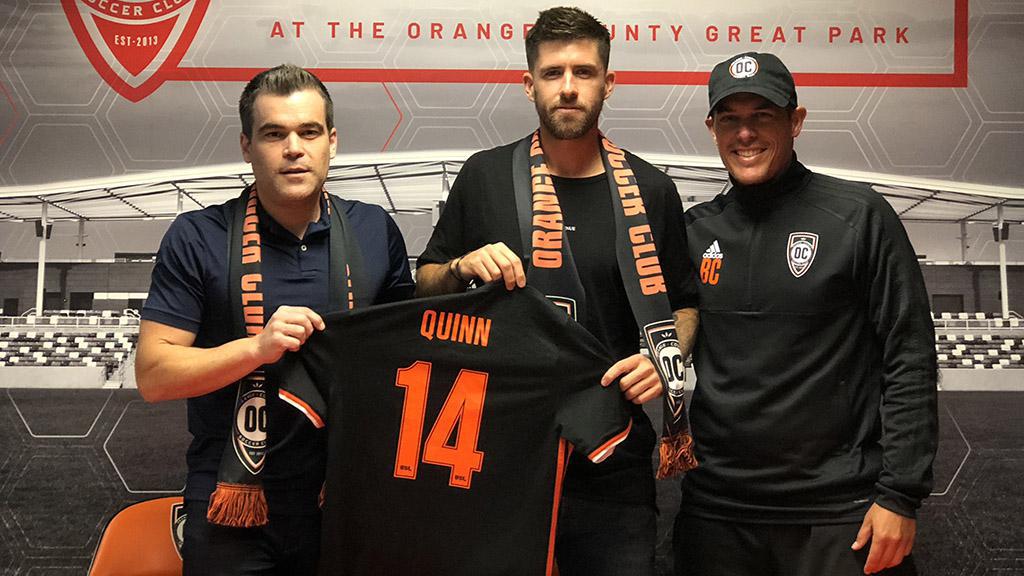 Quinn was selected in the 2014 Major League Soccer SuperDraft by the Philadelphia Union after a standout college career at the University of Akron. Additionally, Quinn competed in the Premier Development League for Sounders FC U23 for two seasons before joining the professional ranks.

“We are delighted to secure Aodhan for years to come, as he is a winner and fierce competitor who fits perfectly within our Orange County SC culture,” said Orange County General Manager & Executive Vice President Oliver Wyss. “He is having an MVP-worthy season and setting the standard for our club as we drive towards our first USL Cup.”