Steffen Stepping Up for Stars and Stripes 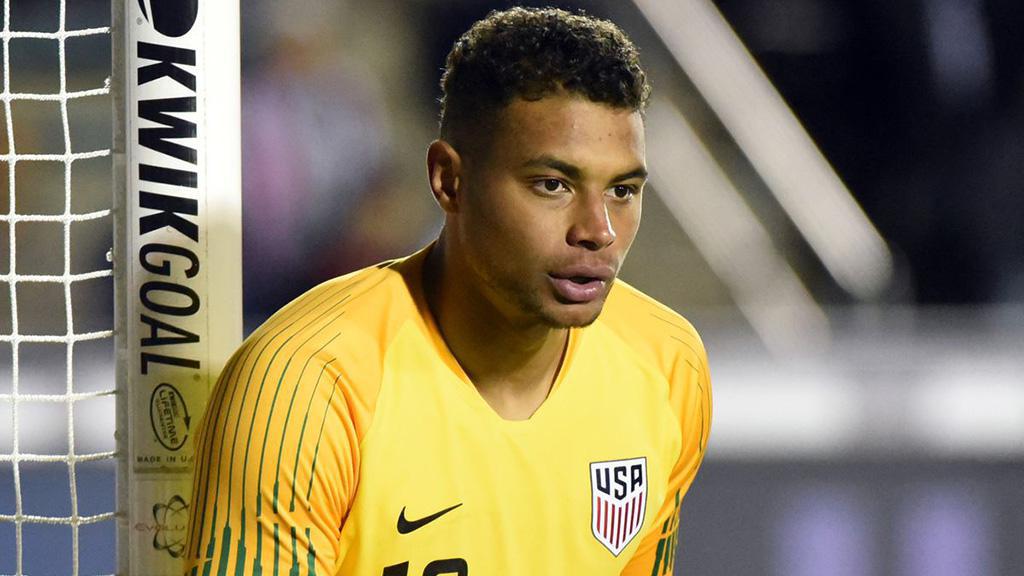 TAMPA, Fla. – On the night of June 9, 2018, Zack Steffen sat in the visitors’ dressing room of the Parc Olympique Lyonnais, preparing for one of the biggest matches of his life.

The 23-year-old goalkeeper went through his typical pre-game rituals, tuning out any potential distractions with the sound of hip-hop exuding from his headphones as he methodically taped his wrists and fingers and laced up his cleats.

As the opening kickoff approached, Steffen followed Wil Trapp – his Columbus Crew teammate and United States Men’s National Team captain for the night – out of the tunnel and onto the pitch for a friendly against World Cup favorites France in front of 58,241 fans.

“I was definitely nervous going into the game,” Steffen recalled. “But that’s normal and I was excited at the same time.”

Steffen showed no signs of nerves between the sticks in his third senior national team appearance – and first on international soil – as he made seven saves to help the U.S. earn a 1-1 draw over the eventual World Cup winners.

"It was amazing," Steffen said. "To play against such players as those guys and to get the result we got and the way that the guys fought, it was a special night for us."

While getting a result against a high-octane France side that featured the likes of Antoine Griezmann, Kylian Mbappe and Paul Pogba was a high point, Steffen’s experiences abroad haven’t always been quite as rewarding.

The Coatesville, Pennsylvania native left the University of Maryland to sign with German side SC Freiburg in December 2014 and failed to make much of an impact in a season and a half with the club. Steffen made just 14 appearances over that span and the lack of regular playing time led him to pursue a move back across the Atlantic.

In the summer of 2016, Steffen signed with the Crew in Major League Soccer but wasn’t immediately a part of Head Coach Gregg Berhalter’s plans. Veteran Steve Clark had been the team’s first-choice netminder for the first half of the season and figured to get the majority of starts down the stretch, so Steffen was loaned to the USL’s Pittsburgh Riverhounds SC to get regular match action.

“Being a goalkeeper, you need to get games and get experiences from those games and be put in all types of situations to learn and get better and grow, especially when you’re younger,” he said.

Steffen made nine appearances for the Hounds over the final two months of the 2016 USL season, conceding 11 goals and keeping two clean sheets for the side as it finished outside of the playoff places in the Eastern Conference. Although he spent just a short time in the league, Steffen says it helped him get back on track after a turbulent time in Germany. 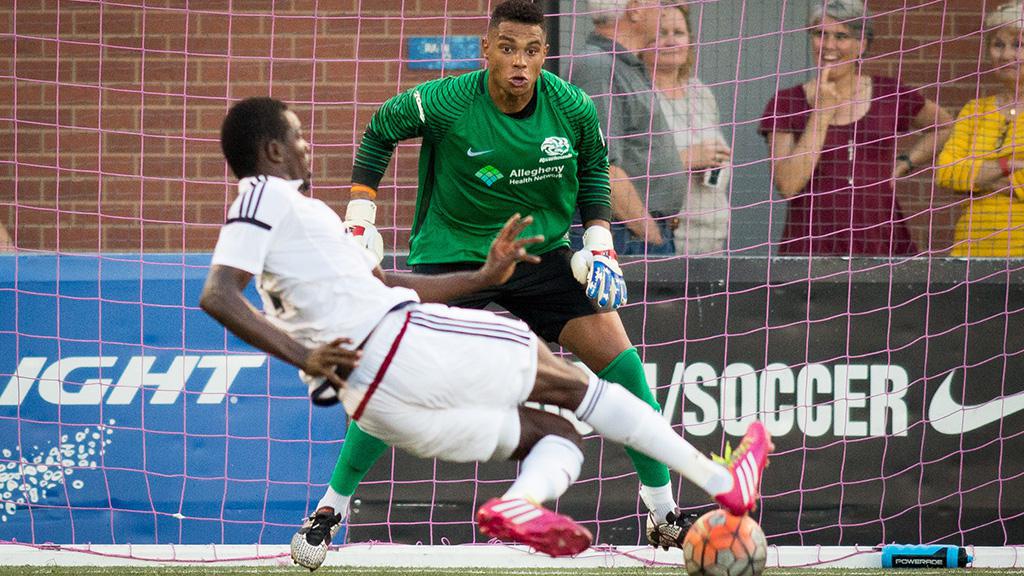 “Pittsburgh was pretty close and our affiliate at the time, so it was good to come back to the U.S. and feel settled and be able to get games on the weekend,” he said.

Steffen took over the starting role in Columbus the following season and played in all 34 games, posting a 1.44 goals against average and nine shutouts. His numbers have been even better this year, recording 10 clean sheets and a 1.22 goals against average through 27 games as the Crew sit in fifth place in the East and are on the verge of clinching a playoff spot.

“He’s been very good,” said fellow USMNT goalkeeper Brad Guzan. “I think we as a country have always been able to have a pipeline, if you will, to having successful goalkeepers and of course playing regularly with his club in Columbus and getting games and important games and growing that confidence that’s always going to make him better. Ultimately you want guys to be improving, getting better and ultimately helping the program.”

After starting the team’s last two friendlies against Brazil and Mexico in September, Steffen could be in line to get more national team experience this week as the U.S. hosts two friendlies in the coming days, beginning with a match against Colombia on Thursday at Raymond James Stadium in Tampa, Florida.

Having produced stellar performances in his two outings last month, not to mention June’s clash with France, the 23-year-old figures to be the presumptive starter moving forward in the national team picture as it tries to recover and build for the future after missing out on the 2018 World Cup in Russia. Steffen acknowledged that it’s a bit of a “weird situation” for the team right now but is proud to represent the Stars and Stripes every chance he gets.

“I mean it’s obviously an honor and a privilege and it makes me feel very proud with how hard I’ve worked and the dedication I’ve put into this sport and into myself,” he said. “It’s paying off, I’ve just got to keep going.”