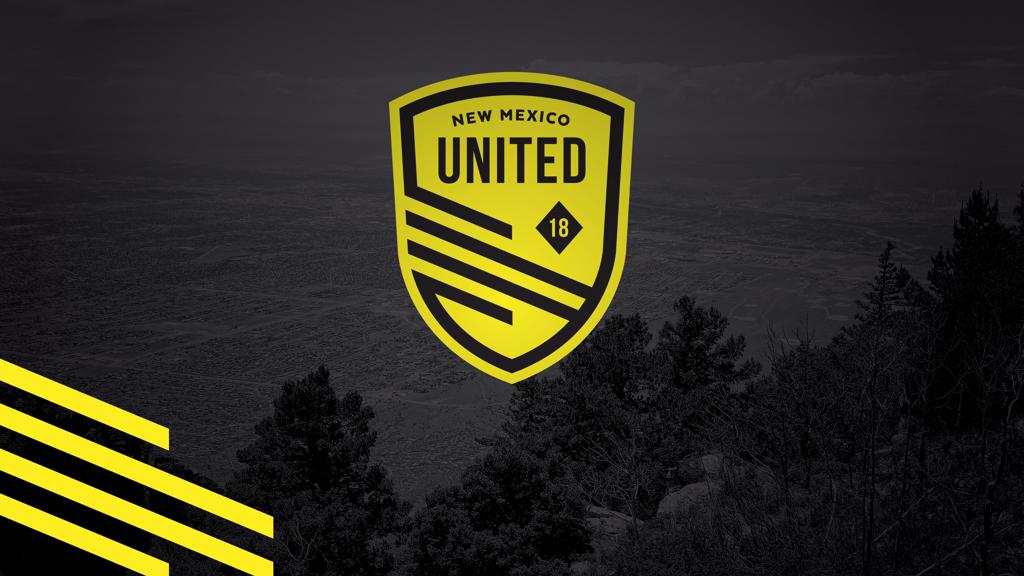 ALBUQUERQUE, N.M. – New Mexico United was unveiled on Tuesday morning as the official name and brand of the 2019 USL Championship expansion side that will play in Albuquerque, New Mexico starting next spring.

The club aimed to select the perfect name for a team that represents the entire state of New Mexico, taking name submissions from the public over the summer, allowing the community to have a hand in the direction of the team from the very beginning.

As a New Mexican team, it was important for New Mexico United to pay homage to the rich history and traditions of the state, while simultaneously being an agent of change, and ultimately, a symbol of progress.

“We had some amazing submissions for names, everything from Yuccas to Chupacabras,” said New Mexico United owner and CEO Peter Trevisani. “Ultimately, we wanted a name that was synonymous with our vision, to unify and create a single team that the entire state can get behind.

“Soccer has the amazing power to unify even the most diversified groups of people, and we wanted to capture that power in our name. We believe that United does just that.”

Designed by local New Mexico agency, 3 Advertising, the New Mexico United black and yellow shield is a modern, minimalist approach to a professional soccer shield with clean typography and design. With the permission of the Zia Pueblo, the shield features the lines of a Zia moving across the shield in forward momentum, symbolic of the direction New Mexico United intends to take our state. 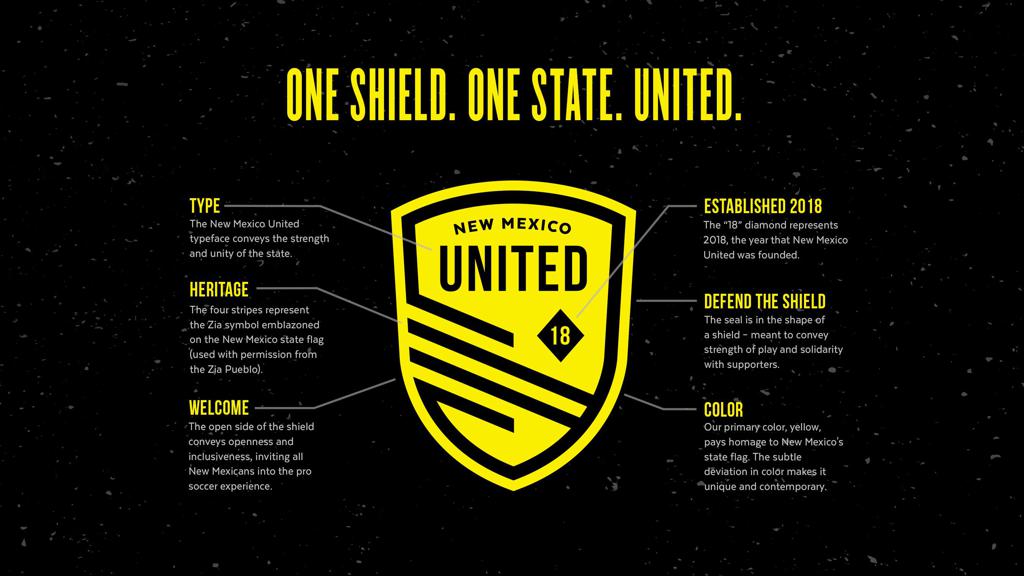 New Mexico United is one of seven expansion teams in new markets joining the 33 professional soccer teams from the United States and Canada in the United Soccer League (USL). New Mexico United begins playing at 13,000+ seat Isotopes Stadium in Albuquerque in March of 2019.

New Mexico United have made a tremendous amount of progress since announcing the founding of the team in June of this year.  Coaches, technical operations and a front office staff of 15 have been hired, players signings continue, and more than 1,000 season tickets were sold before the team even had a name, signaling an excitement and intensity from New Mexico soccer fans.

“New Mexico United is the perfect representation of who we are as a club. We are determined to push beyond the boundaries of your typical professional team, and are committed to truly being a part of the fabric of this state’s community,” said Coach Troy Lesesne. “We want the people of this state to look at our shield and see hope and opportunity for years to come. Somos unidos!”

New Mexico United head coach Troy Lesesne, formerly the Assistant Coach of USL’s Charlotte Independence and Assistant Coach at the College of Charleston, brings 14 years of coaching experience and was twice named one of the top-20 assistant coaches in the nation by CollegeSoccerNews.com. Coach Lesesne will kick off the 2019 season with his first signed player, New Mexico native and former UNM Lobo, Devon Sandoval in March.

Fans interested in being a part of New Mexico United’s inaugural season can purchase 2019 season tickets online at NewMexicoUTD.com/tickets, with pricing starting at $179.