Bethlehem keeps faith in youth; Cincinnati and Pittsburgh still have plenty to play for 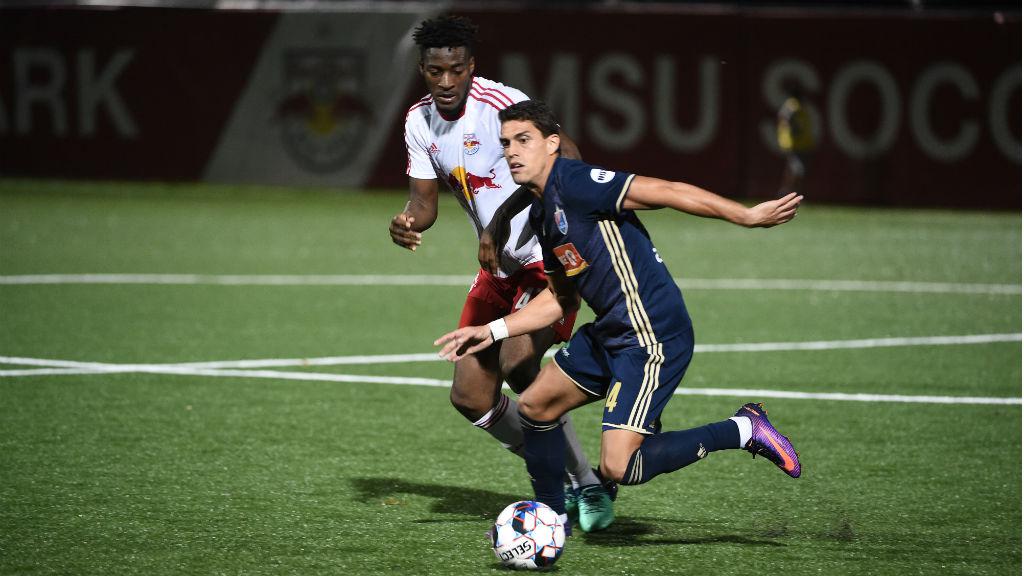 CARY, N.C. – After picking up a 3-2 comeback victory over the Richmond Kickers last Saturday, North Carolina FC will try to carry its momentum into a crucial six-pointer against the New York Red Bulls II as the side tries to secure its top-eight position on Saturday at Sahlen’s Stadium at WakeMed Soccer Park (7 p.m. ET | Match Center | ESPN+).

Midfielder Kyle Bekker inspired NCFC’s resilient second half performance – picking up an assist and his second goal of the evening on his way to earning USL Player of the Week honors – as his side overcame a 2-1 halftime deficit to earn a pivotal three points in the Eastern Conference playoff race.

“We’ve been harping on a lot of communication and that has got us through some tough times,” said Bekker. “We just have to stick with it. It’s pretty much do or die at this point.”

North Carolina enters the weekend in the eighth and final playoff spot in the Eastern Conference but holds a slender advantage over Nashville SC and New York with just three games remaining in the regular season.

“They’re [New York] one point behind us,” NCFC midfielder Graham Smith said. “This game is massive. It’s our last home game and we want to give the fans a good showing. Our supporters are kind of like the 12th man out there. Whenever we are in a tough time during the game, hearing them cheer gives us a little extra lift.”

NCFC may need that extra lift on Saturday against a Red Bulls II side that is equally desperate to pick up points over the final stretch of the season as it tries to sneak into the playoffs. New York showed that determination by holding on for a 1-1 draw last weekend in Nashville, despite playing the final 66 minutes of the match with ten men.

The Red Bulls II were also reduced to ten men for the final 21 minutes when the two sides last met in August and nearly held on for three points on their home turf, but Donovan Ewolo’s equalizer in stoppage time stole a point for NCFC.

New York Head Coach John Wolyniec knows his side will have to be more disciplined both in behavior and defense if it wants to pick up its first away win of the season this weekend.

YOUTH IS SERVED: Bethlehem Steel FC is squarely entrenched in the Eastern Conference playoff race, but the pressure of the situation at hand hasn’t stopped Head Coach Brendan Burke trusting his younger players.

“We have put ourselves in a great position to experience these type of knockout games the last three or four weeks of the season,” Burke said. “We hung on in the first half against Ottawa and then we performed in the second half and were much more a part of that game. The goal is to now progress from last week’s performance and go into a more difficult environment where we had a little bit of success early in the season, but this is in my mind a night and day game in a different situation that we are walking into with probably an even younger team.”

The away side has won each of the previous two meetings between the sides this season with Bethlehem earning a 2-1 victory at Lucas Oil Stadium back in May before the Eleven returned the favor with a 1-0 win at Goodman Stadium in July. Three points for either team in Saturday’s showdown will not only settle the season series between the Eastern Conference rivals, but also go a long way towards securing a playoff place.

Bethlehem currently controls its own destiny as it could secure its second straight trip to the USL Cup Playoffs with wins against Indy and the Tampa Bay Rowdies in its final two regular season games. Any less than that though could make things interesting down the stretch as the side sits just two points clear of the playoff line and has played a game more than ninth-place Nashville SC and the tenth-place New York Red Bulls II.

Burke knows his team will face a stern challenge from a veteran Eleven side that is coming off a strong performance against FC Cincinnati and can clinch its own playoff berth with a victory.

“It looks like they [Indy] will make adjustments and certainly have a deep roster of experienced guys so they have made adjustments over the last four games, both tactically and personnel,” Burke said. “Having seen them twice already, I would certainly expect some adjustments out of them.”

BUILDING MOMENTUM: FC Cincinnati and Pittsburgh Riverhounds SC have already clinched their spots in the 2018 USL Cup Playoffs, but the sides still have plenty to play for when they meet for the third time this season on Saturday night at Highmark Stadium (7 p.m. ET | Match Center | ESPN+).

Cincinnati, which has already secured the 2018 USL Regular Season Championship and home field throughout the USL Cup Playoffs, is chasing more history as it attempts to equal the Richmond Kickers’ league record unbeaten streak of 22 games with at least a point this weekend. Meanwhile, Pittsburgh continues its pursuit of a second-place finish in the Eastern Conference standings after already guaranteeing itself a top-four spot.

“We are happy to have the opportunity to receive a game at home in the playoffs, but it is not done yet,” said Pittsburgh midfielder Christiano François. “We need to finish second for the regular season, so we can play most of our games here.”

Revenge may also be a factor for the Riverhounds as they attempt to spoil Cincinnati’s historic run, having held leads in both of their trips to Nippert Stadium this season but walking away with just a point from a 2-2 draw in April and a 2-1 defeat in September.

FCC Head Coach Alan Koch wants his team to treat its final two regular season matches as preparation for the upcoming USL Cup Playoffs, which he described as “a new season”. He wants everyone to focus on the games ahead and is looking forward to the challenge of going on the road to finish off the season against two teams still fighting for playoff positioning.

“It’s a really nice situation as far as I’m concerned, to play Pittsburgh and play Nashville, [who] are both competing for things still,” Koch said. “[The games are] going to be very, very meaningful games for them, but also meaningful games for us in terms of preparation, preparing ourselves for the postseason. I’m glad we’re playing two quality teams in the last two weeks, because you don’t want to let off and you don’t want to slow down, you want to be ramping up to get yourself ready for the postseason.”