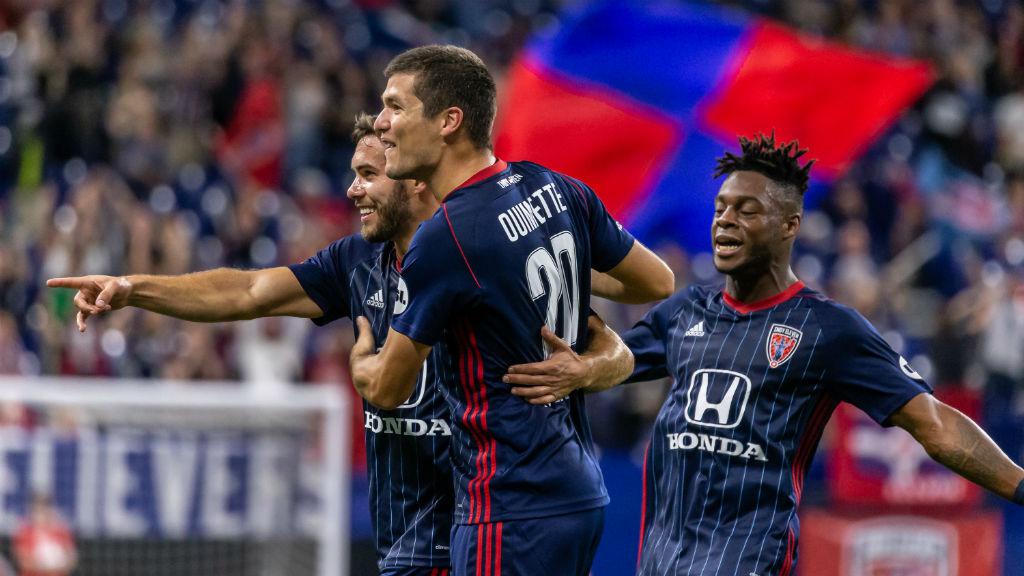 INDIANAPOLIS – After suffering back-to-back defeats on its recent road trip, Indy Eleven returned to winning ways on Wednesday night with a 2-0 victory over the Tampa Bay Rowdies at Lucas Oil Stadium to provide a major boost to its playoff hopes, while denting those of the visitors.

Karl Ouimette headed home a corner at the near post in the 37th minute to give the hosts the lead and Elliot Collier sealed the win with a first-time strike from the top of the penalty area 15 minutes from time. Indy’s defense and goalkeeper Fôn Williams managed to cool off the red-hot Rowdies, which entered the contest on the back of three straight victories and thoroughly tested the home side’s resolve.

Tampa Bay attempted 19 shots on the night – 15 of which came from inside the penalty area – compared to Indy’s 12, but Williams made four superb saves to claim his club-record 11th shutout of the season and second straight on home turf.

“We defended pretty well, even though there was a lot of corners,” said Indy Head Coach Martin Rennie. “We matched them well and nothing was given away. It’s another win for us, another clean sheet for us, another record for Indy Eleven.”

Indy is moving closer to creating more club history as it nears qualification for the 2018 USL Cup Playoffs in its first season in the league. Wednesday’s win moved the side into fifth place in the Eastern Conference standings on 48 points, six clear of the ninth-place New York Red Bulls II with three games remaining in the regular season.

The Eleven still have some work to do qualify for the postseason, but Rennie likes what he has seen from his side so far over the final stretch of the year and thinks it could do some damage in late-October if it earns the opportunity.

“Ultimately it’s about getting into the playoffs, but [it’s] also about being able to win in the playoffs,” Rennie said. “Tonight, and what you saw in the last games at home, we were good enough in those games to win playoff games. It’s really about continuing the momentum and when you have a good win you have to continue on for the next one.”

Indy will try to take its newfound impetus into the weekend as it attempts to avoid a season sweep at the hands of regional rival FC Cincinnati on Saturday at Nippert Stadium. Cincinnati, which claimed the USL Regular Season Championship with a 4-1 victory over the Richmond Kickers on Wednesday, earned 1-0 and 3-2 victories over Indy at Lucas Oil Stadium earlier this season and has won nine straight games overall to match a USL record.

Rennie knows that earning three points and putting an end to Cincinnati’s 20-game unbeaten run won’t be easy but says his side will press forward in an attempt to spoil the celebrations as Cincinnati hoists the shield ahead of its home finale.

“We want to be close and help each other on the ball,” Rennie said. “We want to have high pressure if we lose the ball. If we do that well we’ve got good forward players who can get the job done for us. So, it’s going to be a quick turnaround. Not much time to recover, not much time to work on things, but ultimately an exciting weekend for us.”