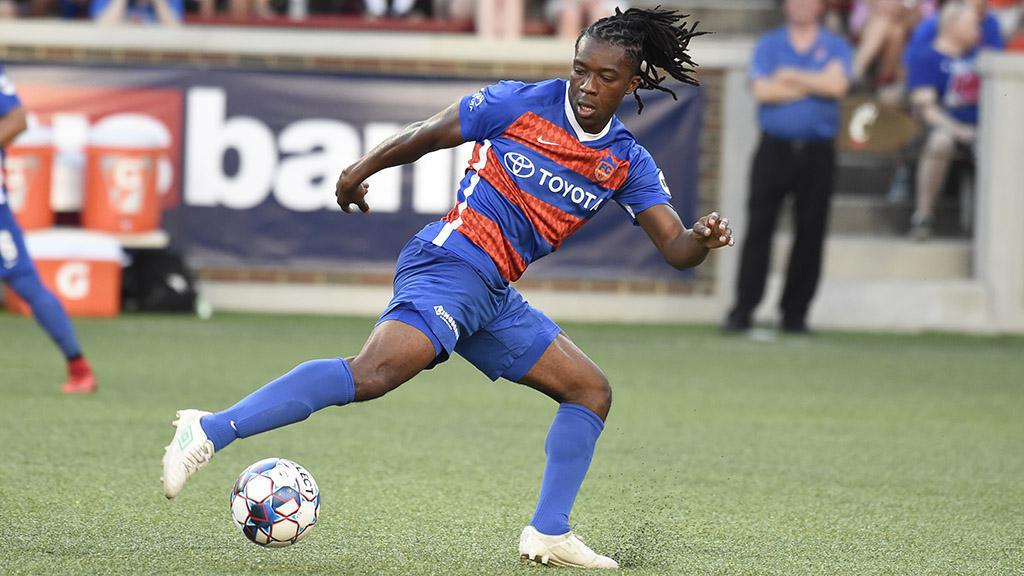 CINCINNATI – With an ongoing 2018 USL regular-season best 17-game undefeated streak, there have certainly been times of late where FC Cincinnati hasn’t necessarily hit the high-points of performance that have dotted the club’s season at different points this year.

But with the 2018 USL Regular Season Championship coming into view – say nothing of the chance at setting single-season records for total wins and points – all that matters right now for the side is that it is getting results.

“I think Justin Hoyte said it best after Tampa, ‘You create your own luck,’” said FCC midfielder Michael Lahoud this week. “Other teams can say what they want, but at the end of the day, we’re not going to look back at how we won. The best teams around the world, the teams that are champions, you do have those character moments, those gut check times and that’s what champions are made of.”

Cincinnati returns to action on Sunday afternoon in its penultimate home game of the regular season as it welcomes Toronto FC II to Nippert Stadium (4:30 p.m. ET | Match Center | ESPN+) after the oddity of the past week’s 1-0 victory against Louisville City FC that stretched over four days following its conclusion on Tuesday night at Slugger Field.

That unanticipated adjustment to the club’s schedule after lightning and heavy rain forced the suspension of the River Cities Cup clash last Saturday has teamed with the anticipated travel scheduled for Lahoud and teammate Pa Konate, both of whom headed across the Atlantic last week for international duty in Africa Cup of Nations qualifying for their respective countries.

With FCC’s biggest priority making sure everyone in the squad is fit and ready for the USL Cup Playoffs just over a month from now, the theme this week has been managing player workloads, with the likelihood there will be a good amount of squad rotation in the coming weeks.

“We’ve had to adjust the workload for certain players,” said FCC Head Coach Alan Koch, “but we feel like after today, once everybody is rested and recovered from today’s session and [has gotten] the required sleep and everything, I think we should be good to go and tackle our preparations on tomorrow and then on Saturday in getting ourselves ready for Sunday.”

After getting a scare from Toronto when the sides first met this season on June 27 in a 3-3 draw at Lamport Stadium that saw the hosts rally back to tie the game behind goals from Robert Boskovic and Jordan Hamilton, there won’t be any overlooking the bottom-place side in the Eastern Conference, especially with Hamilton and Tsubasa Endoh both coming into strong form over the past couple of weeks.

“We’re not done yet. I think it would be naïve for us to have a respite and look at the next remainder of the season and say ‘Ah, we’ve done it,’ because this next stretch of games is the hardest,” said Lahoud. “It’s easy to get up for Louisville, it’s easy to get up for Pittsburgh, but it’s the teams that have absolutely nothing to lose – Penn, Richmond, Toronto – those are the real character-defining games.”