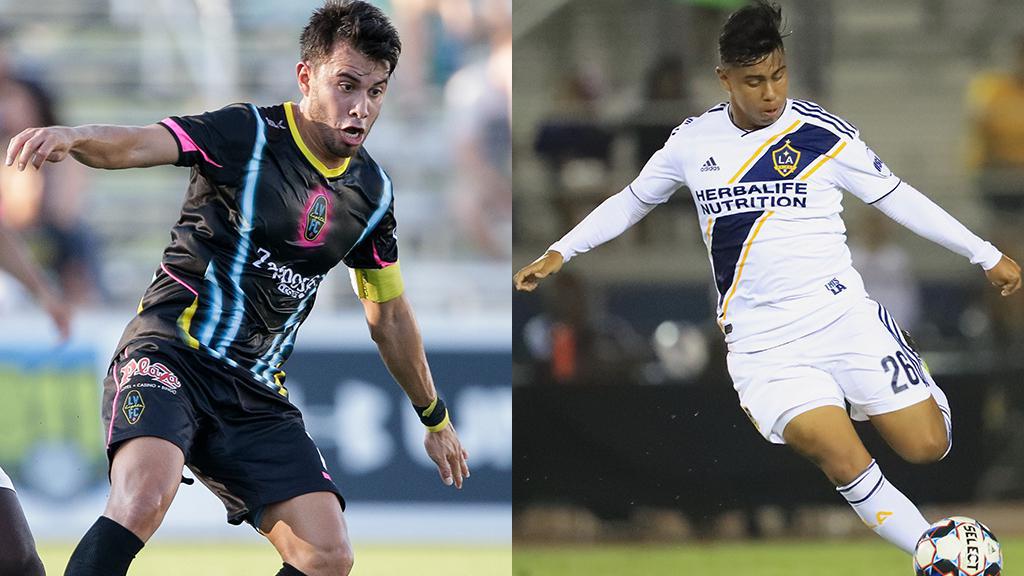 Las Vegas Lights FC's Carlos Alvarez (left) and the LA Galaxy II's Efrain Alvarez could square off for the first time on Saturday night when their sides meet at Cashman Field in downtown Las Vegas.

LAS VEGAS – While it will be the second meeting of the season between Las Vegas Lights FC and the LA Galaxy II when the teams meet on Saturday night at Cashman Field (11 p.m. ET | Match Center | ESPN+) it could mark the first time the brothers Alvarez square off on the field as Las Vegas’ Carlos and LA’s Efrain are both anticipated to be part of the contest.

Both players have featured prominently for their respective sides this season with 27-year-old older brother Carlos sitting tied for the team-lead with six goals for Lights FC while having also notched three assists for the side this season.

His 16-year-old younger brother Efrain, meanwhile, has burst onto the scene in his first full season with eight goals and two assists in 12 appearances for Los Dos, including his first professional hat trick against Saint Louis FC in May. Efrain’s success has been enjoyable for Carlos, who is looking forward to their potential on-field encounter.

“This means a lot to our family – especially for our parents,” said Carlos. “It shows what they're doing right, that they're giving their kids an opportunity to become what they want to be. Specifically for me, I'm just proud of him reaching the pro level at such a young age. But at the end of the day, it's most important for our team to come out and protect home turf.”

Ahead of their potential first meeting, here are some of the best moments from the Alvarez brothers in the 2018 USL regular season.