Blackmon enjoying playoff push with Phoenix; S2’s Hutchinson critical of side despite comeback 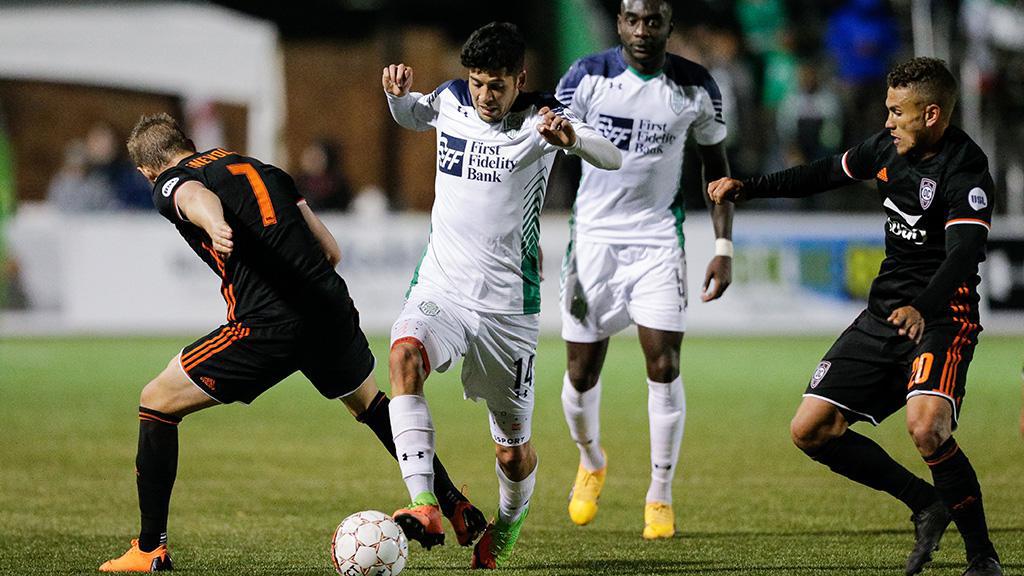 OKLAHOMA CITY – After making a drive up the standings over the past month, OKC Energy FC’s bid to return to the USL Cup Playoffs for a fourth consecutive season hit a road-bump last Sunday in a 1-0 defeat to fellow playoff contender the Swope Park Rangers, which has put added pressure on its two-game road trip to Southern California that kicks off on Saturday night against Orange County SC at Champions Soccer Stadium (10 p.m. ET | Match Center | ESPN+).

The loss combined with San Antonio FC’s victory on Monday night against Real Monarchs SLC left Energy FC with a five-point deficit to make up in its final six games of the regular season, a challenging task but one the side is looking forward to taking on.

“We went [to Swope Park] with the objective to get the three points, but we didn’t get them,” said Energy FC midfielder Marco Bustos. “We’re getting to the point in the schedule now where every point is crucial. Even though we didn’t get those points, we know we have games coming up this week that can put us in position to succeed.”

That Orange County is fighting for a top-two finish in the Western Conference and is also coming off a disappointing result last time out after a 1-1 draw with Seattle Sounders FC 2 is not lost on Energy FC’s squad. With the hosts for Saturday’s game sitting in third place, two points behind both Real Monarchs SLC and Phoenix Rising FC going into Saturday’s games, OKC is expecting one of its toughest games of the season.

“I think there’s no doubt that Orange County has been one of the best teams in the USL,” said Energy FC Head Coach Steve Cooke. “They’re a consistent team and one that can defend well, whether in a pressing situation or a lower block and when they have the ball, they’ve been a threat all season long.

“We go there knowing they’re a very good team. We also know that our run of form over the last 15 or 16 games is enough to get three points. Getting three points is a priority for us.” 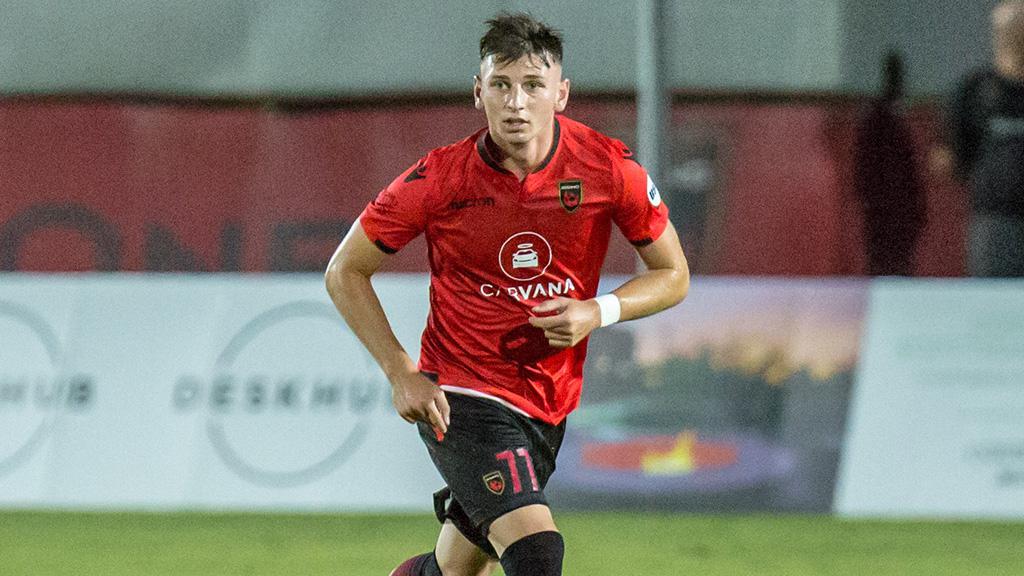 BLACKMON ENJOYING PHOENIX STINT: Los Angeles FC’s Tristan Blackmon arrived for his second loan stint this season with Phoenix Rising FC earlier this week ahead of Wednesday night’s clash with Rio Grande Valley FC and provided one of the key moments in Rising FC’s 1-0 victory with a goal-line clearance that kept the game scoreless early in the second half.

For the First Round selection in the 2018 MLS SuperDraft, the chance to get into a playoff race with Phoenix in his rookie season is one he’s enjoying, especially as the intensity rises toward the end of the regular season.

“I love it,” said Blackmon after Wednesday’s game. “It's great to be down here and get minutes with the team. I'm trying to help them win a championship, so I'm happy to be down here.”

Blackmon could have another important role to play on Saturday night when Phoenix visits San Antonio FC for one of Saturday night’s high-profile Western Conference contests at Toyota Field (8:30 p.m. ET | Match Center | ESPN+). With the side now level on points with conference-leader Real Monarchs SLC and both sides having seven games to go in the regular season, getting something out of the trip to Texas is certainly a priority.

"We want to get as many points as we can to get into playoffs,” said Blackmon. “We just keep moving towards there. We focus on ourselves, and the game will take care of itself.”

S2’s HUTCHINSON CRITICAL DESPITE COMEBACK: Seattle Sounders FC 2 may have pulled off one of the more remarkable comebacks of the season on Wednesday night in its 4-4 draw against Tulsa Roughnecks FC, rallying from a three-goal deficit in the final 25 minutes at Cheney Stadium, but Head Coach John Hutchinson had plenty to remind his side of after the buzz of Shandon Hopeau’s stoppage-time equalizer had worn off.

“I said to the team in the changing room just then, ‘you were really poor tonight. Don’t think that because you got a point that you played well, because you didn’t play well,’” said Hutchinson to media after the game, while also praising the team’s mentality to fight back. “When I say we played poor, I mean on the ball. We gave the ball away, we couldn’t find areas we want to find, but the character, the work-rate of the guys that came on, a special shout-out to [Alec] Diaz and [Daniel] Robles, two young boys who made their debut for S2 tonight who just added energy and just went for it.” 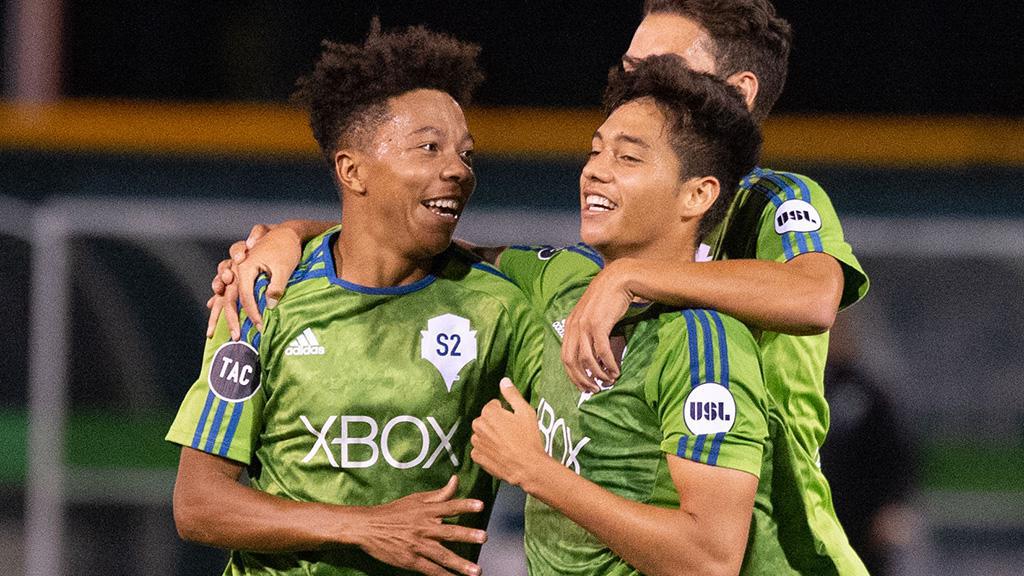 As well as the fight his side showed, Hopeau’s goal to level the game in the 94th minute was also a bright moment for Hutchinson. Having now surpassed 40 appearances for S2 since his debut in 2016, Hutchinson had been encouraging the 19-year-old to make more of his openings when they present themselves this season. That played a role in Hopeau’s second goal this season after a sharp run in from the left flank as stoppage time wound down saw him create space to fire home at the near post.

“Coach always tells me to take risks in the attacking third,” said Hopeau. “I think I’d been slacking on risk-taking, so at that moment I just gave it a shot.”

“We’ve spoken to Shandon many times about end product and when you get into those areas you’ve got to start scoring,” added Hutchinson. “To see him hit the back of the net is a great result for him.”