Lahoud selected by Sierra Leone, Konate by Guinea for games on Sept. 9 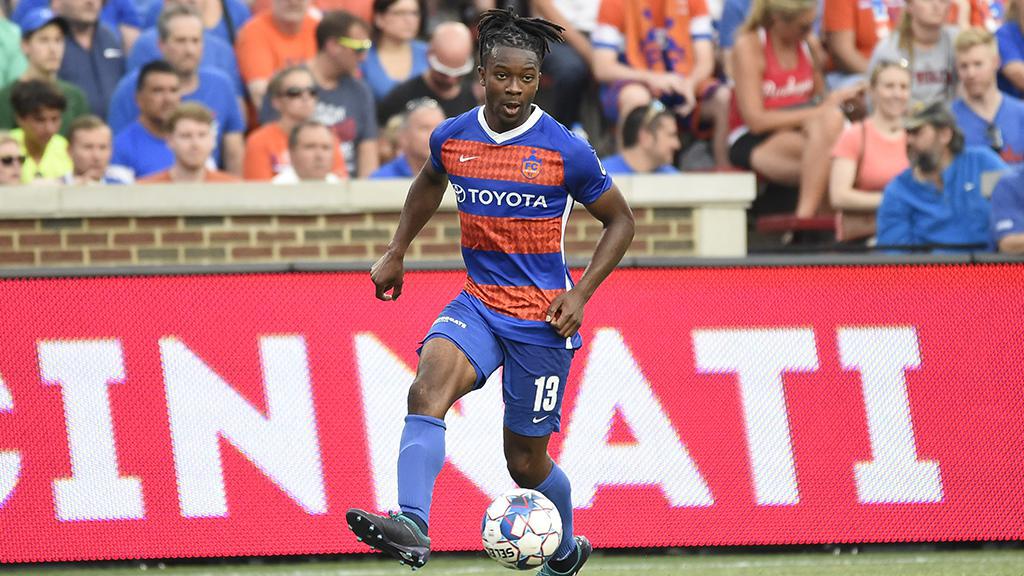 CINCINNATI – FC Cincinnati announced on Thursday that midfielder Michael Lahoud has been selected by Sierra Leone and defender Pa Konate by Guinea for Africa Cup of Nations Qualifying next week.

Lahoud and Sierra Leone will face Ethiopia on Sunday, Sept. 9, at Hawassa International Stadium in Awassa, Ethiopia. Lahoud has four caps for Sierra Leone, which is competing in Group F of Africa Cup of Nations Qualifying with Ghana, Kenya and Ethiopia. Sierra Leone comes into the Sept. 9 match day with a 1-0-0 record in group play.

Konate, who has previously represented his native Sweden at the senior international level, is using his one-time FIFA nationality switch to play for his ancestral Guinea, where his father was born. Konate and Guinea will host the Central African Republic on Sept. 9 in Conakry. Guinea is in Group H of qualifying and has a 1-0-0 record in group play, which also includes Central African Republic, Ivory Coast and Rwanda.

Prior to his switch, Konate earned three caps with Sweden’s senior team and also had appearances with the country’s U21 and U23 squads. He was a member of Sweden’s 2016 Olympic Games squad in Rio de Janeiro, and helped Sweden win the 2015 UEFA U21 Championship.

Both players are expected to join their respective national teams following FC Cincinnati’s game this Saturday against Pittsburgh Riverhounds SC at Nippert Stadium and are anticipated to be absent for the club’s game against Louisville City FC on Saturday, Sept. 8 at Slugger Field.