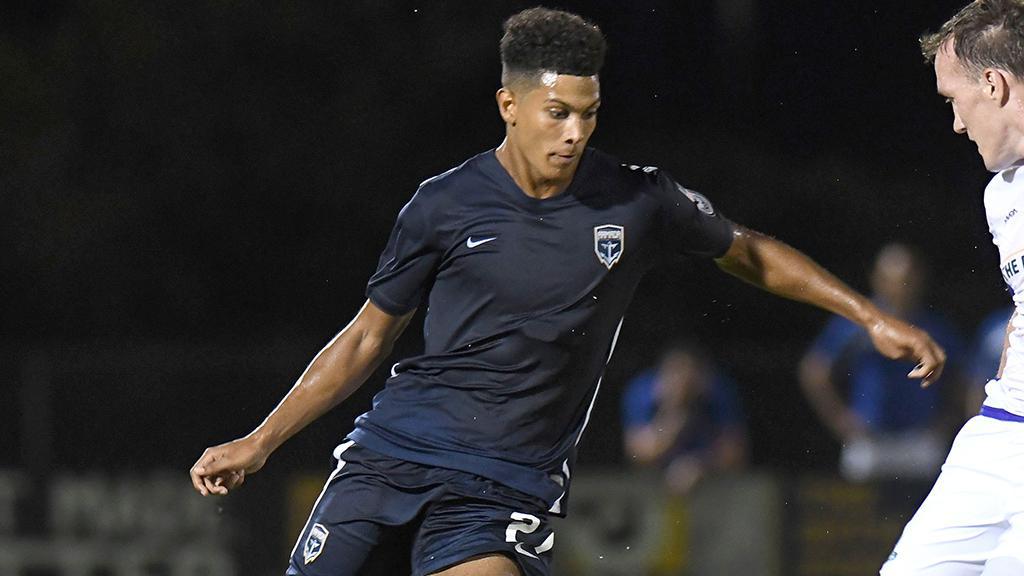 EL PASO, Texas – El Paso USL announced its second signing ahead of the club’s inaugural season in the USL in 2019 on Thursday with the addition of forward Derek Gebhard, previously of Jacksonville Armada FC.

Gebhard has been loaned to the Charlotte Independence for the remainder of the 2018 USL season, pending league and federation approval.

This past season Gebhard recorded two goals in 11 appearances for Jacksonville, where he had prior experience playing under EL Paso USL Head Coach Mark Lowry. Gebhard is expected to be another key piece to the club’s attack alongside the club’s first signing, Omar Salgado.

“Having had the experience of working with Derek in the past at Jacksonville, I am very excited and comfortable bringing him with me to El Paso,” said Lowry. “He’s a player with bags of pace and he brings a lot to the table. I know that whether he is up top with Omar or playing out wide he will provide a different type of threat that the USL is not accustomed to; he will give defenders a lot of problems. Having him here in El Paso to continue to grow and build the roster is really exciting for us.”

Gebhard will join El Paso USL on December 1 following the conclusion of the 2018 USL season in mid-November.

“We really want to thank Jacksonville and Charlotte for their commitment to helping us get Derek to El Paso,” said General Manager of Business Operations, Andrew Forrest. “We know he will get the proper training in Charlotte and we look forward to watching him finish the season and are all wishing him a great playoff run.”