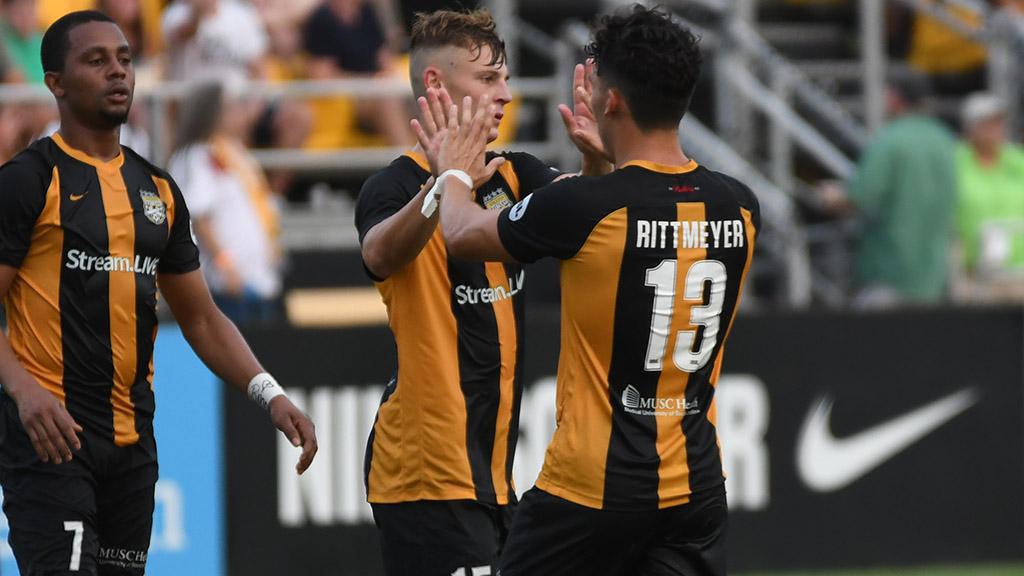 CHARLESTON, S.C. – With both sides on double-digit undefeated streaks that have carried them into the top three of the USL’s Eastern Conference entering the weekend, Saturday’s contest between Eastern Conference-leader FC Cincinnati and the third-place Charleston Battery is certain to have a playoff atmosphere at Nippert Stadium (7:30 p.m. ET | Match Center | ESPN+).

And while they may be underdogs going into the contest, the Battery are looking forward to the task at hand as they look to close the five-point gap at the top of the standings and provide a twist to the race for first place.

“It’s a great atmosphere,” said Battery defender Taylor Mueller. “We’ve enjoyed our time playing there and have had success in the playoffs and regular season up there. It’s going to be a big game. We need to get a win if we’re going to get the No. 1 or No. 2 seed in the East, so it’s a massive game for us. Different surface, different environment, but the majority of our team has been there, so we’ll be ready for it. I don’t think anyone is going to be scared or shy away from the environment. I think we’ll be excited and ready to go.”

Charleston has some history on its side, having never lost in three prior visits to Nippert Stadium, including a comeback 2-1 victory in the Eastern Conference Quarterfinals of the 2016 USL Cup Playoffs that brought an end to FCC’s first season. But all streaks eventually come to an end, as happened earlier this season when Cincinnati took its first win all-time against Charleston when the teams squared off at MUSC Health Stadium on the opening Saturday of the campaign. 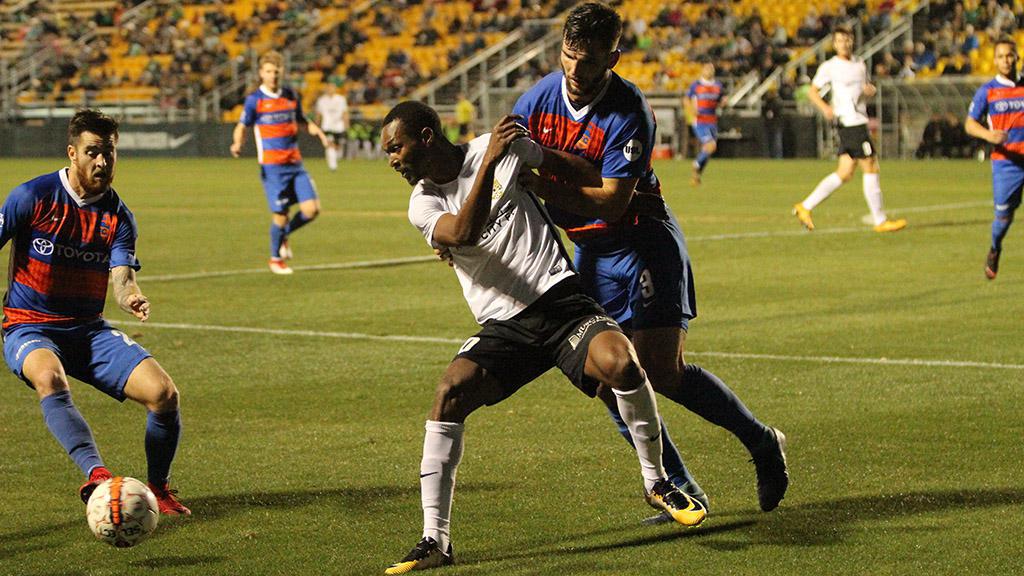 With FCC capping a six-game homestand on Saturday night during which it has gone 4-0-1 in the first five contests and conceded only twice, the task at hand for the Battery is certainly a daunting one.

“The crowd is always on you, so you have to be prepared from the beginning of the game,” said Battery Head Coach Mike Anhaeuser. “You have to be ready not to let them take charge and take control of the game. If you let them do that then you can fall behind, and they have 30,000 people rooting them on. Luckily, we have guys who have been there. We have experience and we have guys who thrive in that environment. I feel good, but obviously we have to be prepared and ready to do things defensively especially in the first 10 or 15 minutes.”

That opening to the game is going to be key, with the Battery expecting they may need to play more directly to avoid making mistakes in their own half. With 6-foot-5 forward Ian Svantesson having made his return to the lineup in the club’s 1-0 victory against ATL UTD 2 last Saturday night – and scoring the only goal of the game from the penalty spot – Charleston has a player that can certainly match well against former Battery player Forrest Lasso, now a key cog in the middle of FCC’s defense.

Add in the scoring threat posed by Ataulla Guerra, who could slot in as the second striker in a potential 3-5-1-1 formation for the visitors, and Charleston certainly has the sort of personnel that Nashville and 6-foot-5 forward Tucker Hume gave FCC problems with two weeks ago in a 1-1 draw. With Mueller and the Battery defense potentially facing another big target in FCC’s recently-acquired forward Fanendo Adi, the visitors are keenly aware of what a player with that size and skillset can bring.

“Adi is different, you don’t face a guy of his size every week,” said Anhaeuser. “You can see it when we play Ian [Svantesson] up front, teams struggle with his size. Adi is very good, and we have to be prepared for him whether he starts or comes on as a sub.”

After managing minutes and game situations in the club’s past two outings that saw the Battery extend its undefeated streak to 11 games with three consecutive shutouts in the span of eight days, however, there will be a much more positive spin to the way the Battery approach one of the biggest games of the season so far.

“We know we have to match them,” said Anhaueser. “The biggest thing is, we don’t want to play for a 0-0 draw. I know we did that last week twice with the three games in seven days, but we have a full week to prepare this time. We’re going to go up there and we’re going to play.”