TAMPA, Fla. – Pittsburgh Riverhounds SC forward Neco Brett has been voted the USL Player of the Week for Week 21 of the 2018 season, claiming the award for the second time this year. Brett scored three goals in two victories for Riverhounds SC as the side moved back into second place in the Eastern Conference standings as he moved into the frame for the USL Golden Boot with 11 goals this season. 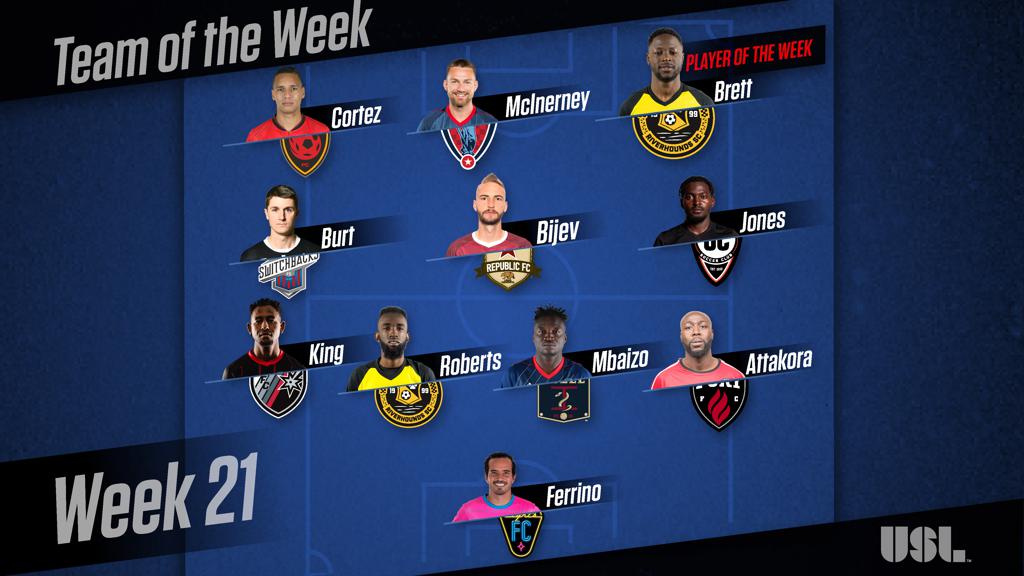 D – Darnell King, San Antonio FC: King’s first goal of the season was part of a good all-around display that saw him record two interceptions, three clearances and one tackle in SAFC’s victory against the LA Galaxy II.

D – Nana Attakora, Ottawa Fury FC: Attakora put home a strong finish in the second half and recorded five clearances and three recoveries, as Ottawa shut out the Tampa Bay Rowdies in a 2-0 victory on Friday night.

F – Chris Cortez, Phoenix Rising FC: Cortez had two goals and an assist to lead Phoenix to an emphatic 4-1 victory against the Portland Timbers 2 on Sunday afternoon.

F – Neco Brett, Pittsburgh Riverhounds SC: Brett scored three goals over two games to lead the Hounds to a pair of victories and back into second place in the Eastern Conference.