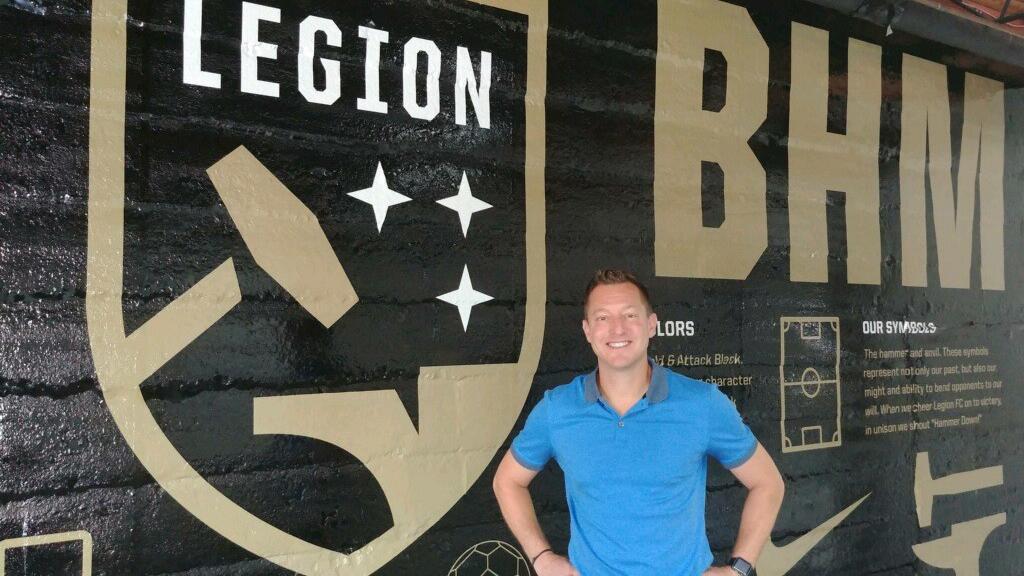 Having previously appointed Jay Heaps as the club’s President and General Manager, Birmingham Legion FC added to its depth of experience at the end of May when it named Doug Hicks as the club’s Executive Vice President. Having worked for 25 years in the sports industry that included remarkable success at both D.C. United and the Chicago Fire in Major League Soccer, Hicks has been part of – and a witness to – the growth of soccer in North America.

In an extensive Q&A, we sat down with one of those tasked with transforming a tremendous grassroots club into one of the top organizations in the USL as Legion FC joins the league for the 2019 season to talk about the evolution of marketing soccer in the United States, and what he hopes to bring to the Magic City in the coming years.

Q: You’ve seen a lot in professional soccer throughout your career, what was it that made Birmingham Legion FC an attractive proposition for someone with your experience?

Doug Hicks: Throughout my MLS and professional sports experiences, I prioritized opportunities to work with organizations and programs from inception. Roles that allowed for creative expression of my passion for sport. I’ve seen soccer across the United States grow immeasurably since 2001 and I’m really excited by the prospect of contributing to a similar uprising in Birmingham. I’m attracted by the idea of building a club that will become a part of the cultural fabric of the Magic City.

Q: There’s clearly major ambition within the club, with Jay Heaps’ hiring preceding yours. What’s the most exciting thing about this project, taking an established club into the professional ranks?

DH: I really enjoyed the process of getting to know Jay and members of the ownership team. Through my time with them, two things were abundantly clear: 1) This is a club that will be second-to-none. We aspire to be leaders on and off the field across the American soccer landscape. 2) We believe in Birmingham. We are motivated by the aspirations of this city and our supporters, and we will respond in kind.

Combined, those ideals provide a platform for club success. They make for a project that I’m excited to dig into.

Q: The way soccer has been marketed in this country has evolved, and seemingly at an increasingly rapid pace over recent years. What are the angles Legion FC is looking to tap into to make this club a success off the field?

DH: At a high level, we’ll really be looking to do two things:

1. We will showcase an authentic soccer experience. From the presentation of home matches to the supporter connectivity, being a club that is rooted in the history and tradition of the world’s game is important to us.

2. We are honored to call Birmingham our home and we are committed to community-based programming that will best serve the Magic City.

Q: When you compare the national soccer landscape when you first arrived at D.C. United and to now, what are the biggest differences in terms of how teams sell the game?

DH: In those early days, I noticed many soccer clubs managed and marketed more like X Games properties than soccer clubs. It was assumed that ‘cool’ colors and ‘hip’ team names would be more attractive to the younger demographics. D.C. United was an outlier. The club was very traditional in the way it was built and managed. It has turned out that soccer is pretty ‘cool’ on its own. Most clubs now better understand that soccer doesn’t need anything outside of the sport itself to become popular to fans of all demos.

Q: What were your favorite experiences from working for United and the Chicago Fire?

DH: I’m most proud of the relationships I have built through soccer. Shared accomplishments and memories create close bonds. None more important than my wife, whom I met when Carrie came to a D.C. United training session on assignment from a television show.

I spent a lot of years with this club. Though my greatest moment came when Carrie showed up at training one day in 2006, seeing this building open is pretty special, too. pic.twitter.com/44WvtEZrCR

Q: Are you enjoying getting to know Birmingham as a city?

DH: I am. Birmingham has great history and potential. Carrie and I spent considerable time, before a first visit, researching the area and it’s offerings. Having now been to the area on several occasions, I’m becoming better acquainted with local restaurants and attractions. Most importantly, we’ve discovered a community that shares our commitment to family and offers great options to our sons for school and activities.

Q: Jay Heaps had a great career as a player and on the sidelines, what is it like working alongside him as he moves into a front-office role?

DH: It’s funny. Jay and I have been at competing clubs for our entire careers and, on the surface, I might have guessed that we wouldn’t really get along. That said, I was introduced to him by a mutual friend months ago and we clicked from the outset. Our vision for club culture and strategy mesh closely and I think our experience and strengths complement one another very well.

Q: What are the targets you’ve set for the club ahead of the official kickoff next spring?

DH: Looking at the balance of the calendar year, I’ve set three objectives for our club:

Q: What are you looking forward to most as the club works toward those goals?

DH: The process. Though we all work for a living, that doesn’t mean we need to be employed in a role we don’t love or supporting goals we don’t believe in. Soccer, particularly here in Birmingham, has tremendous upside opportunity. Count me among the Legion that is ready to Hammer Down!