Birmingham native will return home to continue professional career in 2019 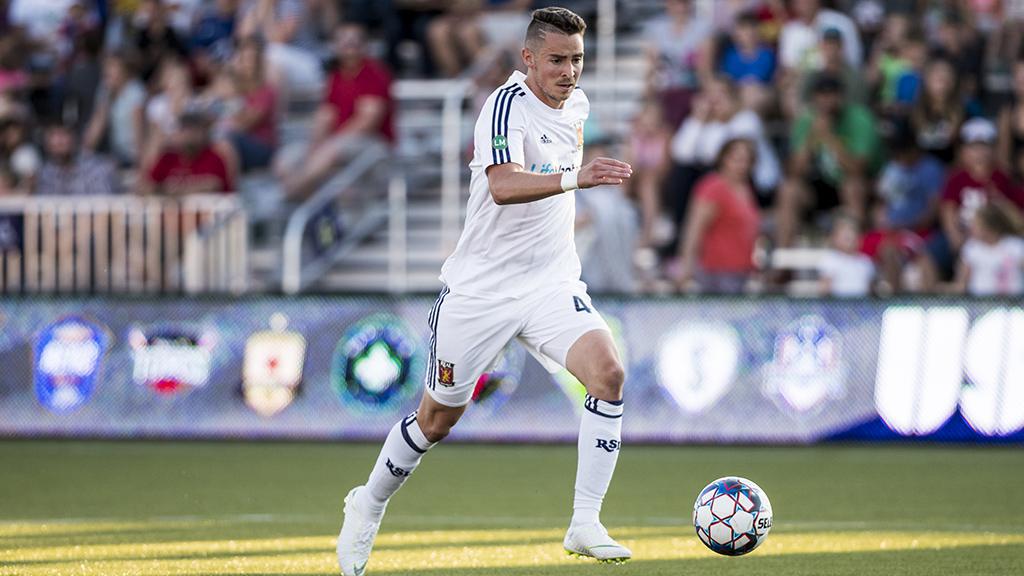 BIRMINGHAM, Ala. – Birmingham Legion FC announced on Monday the acquisition of the two-time USL All-League standout forward Chandler Hoffman as the club’s first ever player. Hoffman has signed a pre-contract that will see him officially join Legion FC on January 1, 2019 in a multi-year agreement. He will continue playing with his current USL club, Real Monarchs SLC, for the balance of the 2018 campaign.

Hoffman will be introduced to the media and public on Thursday, August 2 at 4 p.m. CT at Iron City.

“We are very excited to announce Chandler Hoffman as Legion FC’s first player signing,” said Legion FC president and general manager Jay Heaps.  “Chandler has played at the highest professional levels in the US.  He is not only a proven winner on the field, he is a player with great character.  As a captain of his current team, we expect Chandler to be a leader both on and off the field in 2019 and beyond.  Chandler was born and raised in Birmingham and that makes this signing even more special to Legion FC.”

“I am incredibly excited to have the opportunity to come back to my hometown and help build something from the ground up,” Hoffman said. “After my conversations with Jay, hearing his vision and the tremendous backing from the owners, I knew this was the next challenge to step into in my career."

Hoffman, 27, has enjoyed a stellar professional career, earning a bevy of club and individual honors. The Birmingham native won an MLS Cup with the LA Galaxy in 2014. He has twice been named to the USL All-League First Team (2014, 2017), is the fastest player in modern history to tally 50 USL regular-season goals, and sits third in the USL’s modern era with 58 goals in 119 appearances across the regular season and USL Cup Playoffs. Hoffman has also scored one goal in his career in the Lamar Hunt U.S. Open Cup.

Hoffman currently plays for the USL’s Real Monarchs SLC, where he has posted 24 goals and nine assists in 53 appearances during the 2017 and 2018 seasons and helped lead the club to the 2017 USL Regular Season Championship. The forward joined the Utah club having led Louisville City FC with 14 goals in 2016. Hoffman spent the 2012-2015 campaigns the property of MLS clubs in Philadelphia, LA and Houston, also playing on loan in the USL with the Harrisburg City Islanders, LA Galaxy II and Colorado Springs Switchbacks FC.

In January of 2012, Birmingham’s most accomplished soccer player became Alabama’s first-ever player selected in the first round of the MLS SuperDraft (13th overall pick). A standout forward at UCLA from 2009-2011, Hoffman drew notice as a Hermann Trophy semifinalist, an NSCAA Third-Team All-American, and a First-Team Pac-12 selection. In 2011, Hoffman was named to the Premier Development League’s All-League Team and as one of the finalists for the league’s Most Valuable Player award as he recorded 13 goals and 10 assists in 13 appearances for Orange County Blue Star.