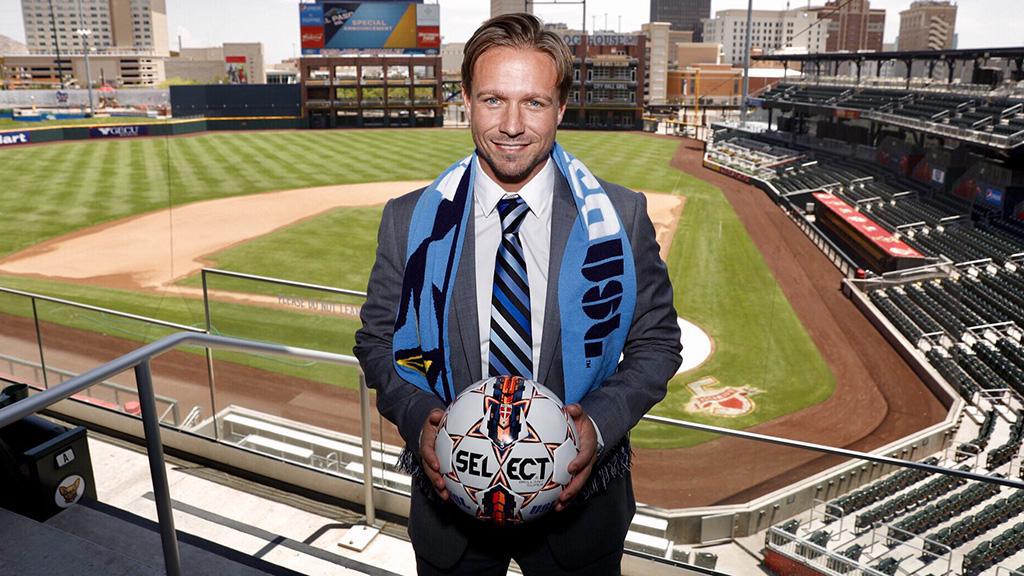 “On behalf of the owners of El Paso USL, I would like to welcome Mark and his family to El Paso. We are looking forward to offering championship-level soccer under his direction,” said Josh Hunt, CEO of MountainStar Sports Group. “Mark is clearly committed to our community and his connection to it will be critical to our success.”

“Our extensive search provided exposure to many very talented and experienced soccer coaches, but Mark’s passion, recent success, training, and progressive approach stood out,” said Alan Ledford, President of El Paso USL. “His enthusiasm for the sport of soccer and his desire to win, combined with an appreciation of the role a team plays in a community and the significant responsibility that comes with his role, convinced us that he was the right choice to lead our soccer operation on the field”.

“Mark has a proven track record in coaching and team management. He’s progressive and he has an innate ability to relate to players both on and off the field which is essential for a successful soccer club,” said Andrew Forrest, General Manager for El Paso USL. “We think Mark is one of the best and brightest young coaches in the United States and he brings a wealth of top flight knowledge from his international training and experience to our organization.”

Born and raised in Birmingham, England, Mark comes to El Paso from the Jacksonville Armada FC where he first served as Assistant Coach and ultimately the Head Coach leading the team through record-setting milestones. Prior to that, he was with the Orlando City Soccer Club (MLS) where he worked as Assistant Coach for the club’s Premier Development League side and then as the MLS Pro Academy Head Coach. He also served the Orlando City Soccer Club as Community Programs Director.  While in England, Mark worked for two Premier League teams, serving as a Player Scout and Academy Coach for Wolverhampton Wanderers FC and as a Player Scout for Birmingham City FC.

Lowry played an extensive amount of youth soccer and signed with Coventry City, a professional academy, at age 12. He holds a National Diploma in Personal Training and Sports Performance and Sports Therapy, Register of Exercise Professionals Level 3. Lowry’s coaching qualifications from the English Football Association (The F.A.) include the UEFA ‘A’ License, the UEFA ‘B’ License, and the Player and Match Analysis Certificate.

“I am thrilled to have the opportunity to join MountainStar Sports Group as the first ever head coach for El Paso’s new USL club. I am excited to help bring high level football to this town and, with such amazing ownership, we expect to be a contender from day one,” said Lowry. “We will be bringing the best players possible to put a competitive team on the pitch. I am very much looking forward to getting my family settled here in El Paso and getting started."

Lowry will start with El Paso USL in August. He will relocate his wife, Jessica, and two young daughters to El Paso before the end of the year.