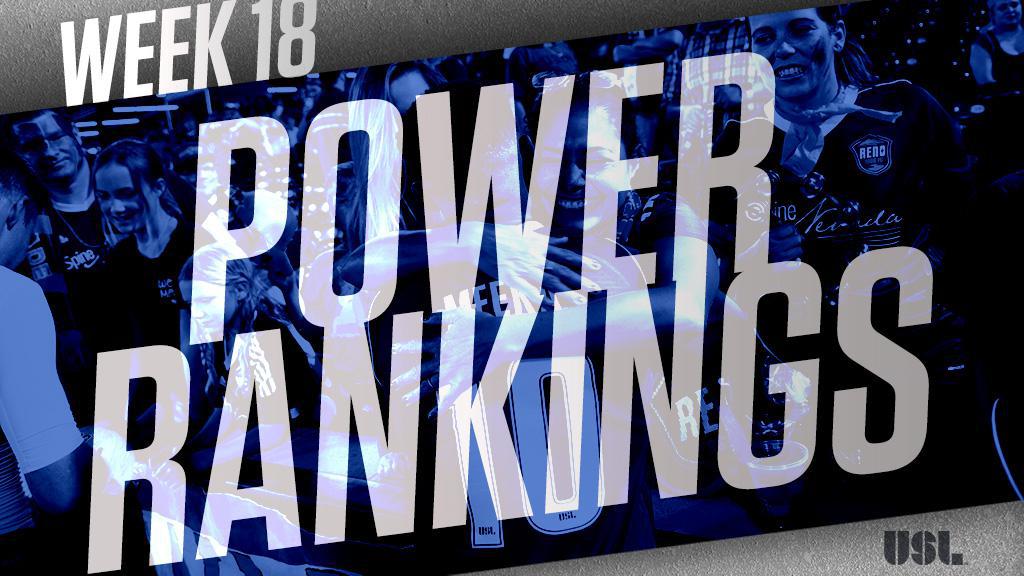 The top three clubs in the USLSoccer.com Power Rankings remain the same at the end of Week 18, but the hottest team in the league is now sitting at No. 4 as Reno 1868 FC continues what is now starting to look like a credible run at a pair of league records in addition to its run toward the top of the Western Conference.

That will be a challenge, especially considering the club’s next four games include trips to visit the Monarchs and Swope Park Rangers, as well as host regional rival Sacramento Republic FC. So will be taking on the even longer scope of the Richmond Kickers’ record of 22 games without a defeat, set in the 2013 season. 1868 FC is now undefeated in its last 16 league contests, six games away from the Kickers’ magic number, which would mean the club would need to keep its streak going until September 1’s visit to another currently hot side, Fresno FC.

It’s going to take a lot for Reno to come close to either of those marks, with Richmond’s having been tested but not surpassed in recent seasons. With the way 1868 FC is playing currently, though, it will be worth paying close attention when the side returns to action on July 28.

The four-person USLSoccer.com voting panel tabulates 16 points for first-place team votes, 15 points to the second-place team and so forth to one point for 16th place. The accrued points among the group determines the final ranking.