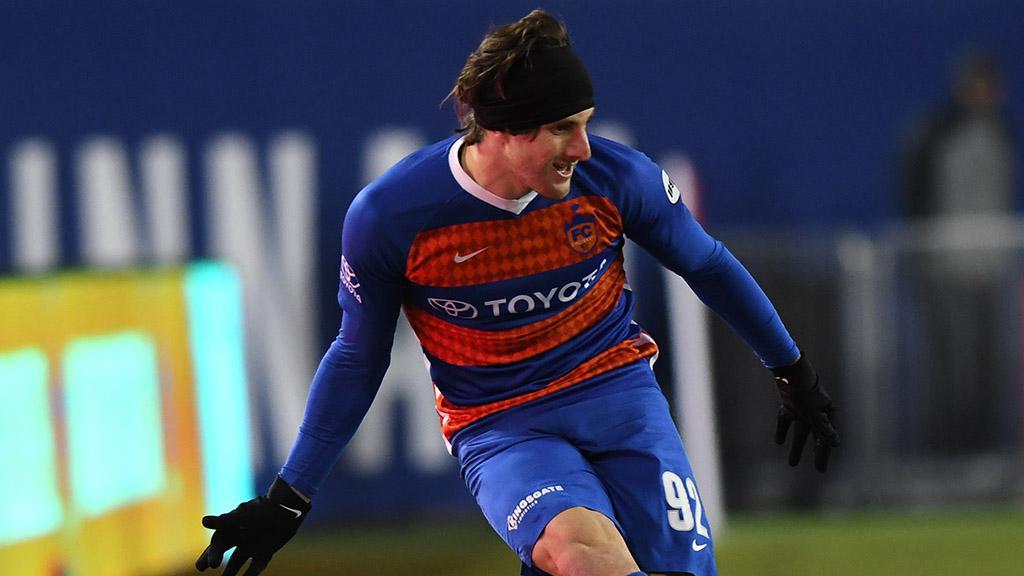 OTTAWA – Ottawa Fury FC announced on Monday it had acquired Canadian international Daniel Haber on a free transfer from fellow USL club FC Cincinnati, pending league and federation approval. Haber joins the club having recorded 15 goals and five assists over the past three seasons in the USL and adds to the large contingent of Canadian standouts assembled in the Fury FC squad.

“Daniel is someone we hope can help us create more opportunities for our club,” said Fury FC General Manager Julian de Guzman. “From my interactions with him in the past, I know he is a great professional and we look forward to having him join the team and add another threat to our attacking arsenal.”

Haber joined FC Cincinnati at the beginning of the 2018 season and appeared in seven league contests for the side. He also made three appearances for Cincinnati in the Lamar Hunt U.S. Open Cup, scoring in the club’s Third Round victory against Pittsburgh Riverhounds SC.

“We want to thank Daniel for his time in Cincinnati,” FC Cincinnati Technical Director Luke Sassano said. “He has been a true professional and we wish him the best as he returns to Canada to continue his career with Ottawa.”

“We are greatly appreciative of Daniel's efforts through the first half of the season,” added FCC Head Coach Alan Koch said. “Much-wanted playing time was limited within our current squad and this opportunity provides Daniel with a fresh opportunity. We wish him well in this move.”

Haber previously reached the USL Cup Playoffs in each of the prior two seasons and helped Real Monarchs SLC claim the 2017 USL Regular Season Championship as he made 30 appearances for the club while recording seven goals. The previous year he featured for Vancouver Whitecaps FC 2, where he scored a memorable 89th-minute game-winner in the club’s 3-2 victory against OKC Energy FC in the Western Conference Semifinals of the 2016 USL Cup Playoffs.

A native of Toronto, Haber made his international debut for Canada in 2013 under Colin Miller and has participated in two subsequent National Team camps under Benito Floro. At 26 years old, he has a total of five appearances so far for his country.