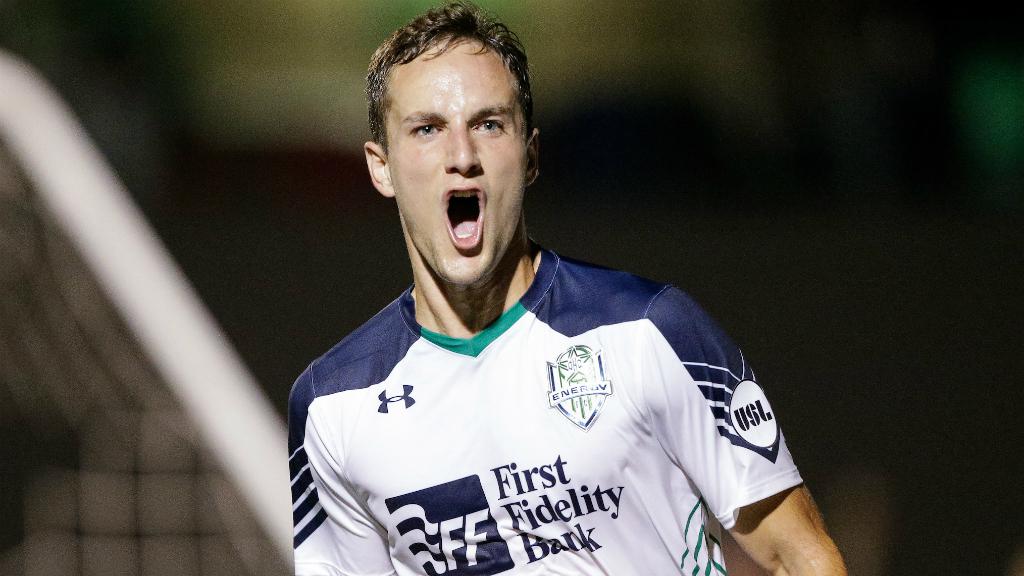 OKLAHOMA CITY — A lot can change in six weeks, which is how long has passed since Colorado Springs Switchbacks FC took a 2-0 victory against OKC Energy FC when the rivals met for the first time this season.

When the two meet again this Saturday at Taft Stadium (8:30 p.m. ET | Match Center | ESPN+) the changes Energy FC has made to enter the game on a four-game undefeated streak have the Switchbacks on guard for what they expect will be a very different encounter as the sides battle for position in the race for the USL Cup Playoffs.

“OKC has changed the way it plays now. They got a good result against San Antonio Wednesday night,” said Colorado Springs Head Coach Steve Trittschuh. “They’ve got good, talented players on their team. Out wide they have players that we need to watch and of course they have Miguel [Gonzalez] too. Our defense can’t break down like we did on Tuesday - especially this weekend. We’ve got to get there and handle our business defensively and take some of these chances we’re making.”

One key issue for the Switchbacks will be dealing with the pitch at Taft Stadium, which is smaller than at Weidner Field. That will give less space to both teams and it will be vital for the visitors that they starve OKC of what little space there will be.

“It’s a smaller field so we’ve got to battle,” said Trittschuh. “We have to be good defensively and we’ll start with that and being nice and compact and not give up space to OKC. That’s how we approach Saturday and we must get into the game early.”

After a difficult 1-0 loss to Orange County SC on Tuesday, the Switchbacks' focus has been to emphasize what went right in that contest. Despite falling, and as a result leaving itself still precariously placed in eighth spot in the Western Conference standings, the Switchbacks kept it close and won the shot count 14-10 against the team that now sits fourth in the conference.

“Right now, we need to take things one game at a time. The good thing is that we were in it against [Orange County] and created a lot of chances versus a good team,” said midfielder Luke Vercollone. “We’ve been in every game this season. For Saturday, we just have to lift our heads and look forward - we know it will be a tough match.”

SAINT LOUIS READY TO CONVERT: Having recorded two consecutive draws, and seven draws in the season so far, Saint Louis FC kicks off the second half of its season on Saturday night knowing it needs to start picking up wins to remain in contention for a first trip to the USL Cup Playoffs in club history.

“I think we just need to stick to the game plan,” said STLFC goalkeeper Tomas Gomez. “Coming into these games, last week [against Sacramento Republic FC] we didn’t play well but got back into the game and stole a point and we hoped to ride that momentum into the game [against Rio Grande Valley FC] but now the focus has shifted to getting our maximum points against Las Vegas.”

Against Sacramento the team had to fight back to earn a point, scoring two late goals to get a 2-2 draw on the road. While that was an impressive performance it made one thing clear if Saint Louis is going to get those wins, it is going to need to be switched on from the opening whistle, especially against a Las Vegas side that has racked up four goals in each of its last two home outings.

“We have to start better and come out with more energy. The only way we have done well this season is to start well,” said Saint Louis defender Phanuel Kavita. “As long as we keep getting shutouts we will be fine but we also need to start collecting three points.”

Las Vegas has been one of the stories of the USL season so far, unafraid to take risks to get points, and with another strong crowd at Cashman Field expected Saturday’s match will no doubt be a tough one for Saint Louis in its first trip to the Entertainment Capital of the World.

“It’s going to be a challenging game for sure,” said Saint Louis Head Coach Anthony Pulis. “They are a unique team and are very physical and very direct and they have players with a lot of experience and going there is going to be a hostile environment but we’re excited and looking forward to the challenge.”

RGV READY FOR WIN: It’s becoming do-or-die for both Rio Grande Valley FC and Tulsa Roughnecks FC, who both sit in the bottom three of the Western Conference standings with just one win apiece so far this season. That makes Saturday’s match between the two sides at H-E-B Park (8:30 p.m. ET | Match Center | ESPN+) crucial for the USL Cup Playoffs aspirations of both sides.

"[It's a] definite must-win. These points are important for us and I think we are trying to make a statement,” said RGVFC defender Sheldon Sullivan. “We haven't got a win in a while and I think one win can catapult us to other wins throughout the season."

Tulsa enters the contest in the better form of the teams with the recent coaching change that saw Michael Nsien enter as the Roughnecks' new Head Coach provide a new-coach bounce in performance. Tulsa has taken four points from its two games with Nsien at the helm, and that has RGV wary about what it will face.

"They are going through a bit of a change right now. They had a coaching change in maybe the last two weeks,” said RGVFC Head Coach Gerson Etcheverry. “So maybe we'll see some new ideas. Something different. Right now, they are playing off that fire of having a new coach. They just got a victory. I am assuming that the coach will be seeing at the things that they didn't do well and correct them.”

With a league-high nine draws this season, Etcheverry knows things have to change if his side is going to make its second trip to the playoffs in three season, and this match presents an opportunity to boost those chances.

"For us, it is about seeing what are the things we have to take advantage of,” said Etcheverry. “It’s an important game for us. It is home and three points. We have to make sure that we start turning all these draws into wins. I think the last few games we have been playing relatively well, but we are still just going one point at a time."