Momentum Name of the Game for Penn, Steel FC 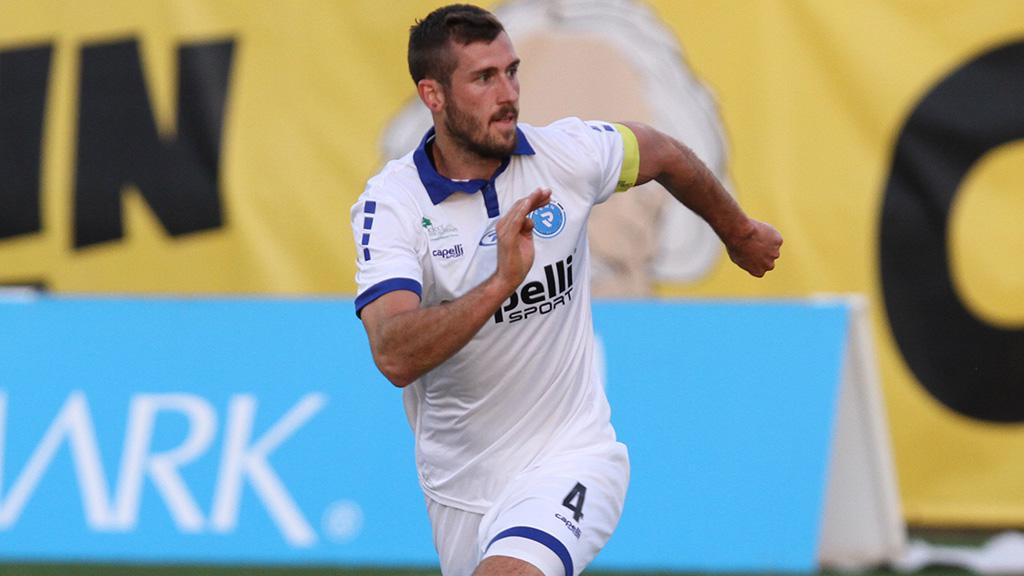 HARRISBURG, Pa. – It may not have the same heat as the Keystone Derby Cup, but with only one point separating 11th-place Penn FC and eighth-place Bethlehem Steel FC entering Friday night’s clash there should be some added spice to the first of the two meetings between the Pennsylvania clubs this season when they square off at FNB Field (7 p.m. ET | Match Center | ESPN+).

With both sides coming in on five-game undefeated streaks and having the opportunity to make a big move in the Eastern Conference standings, the contest sets up as one of the more intriguing this weekend as both reach the midway point of the regular season.

Having claimed five points across a three-game road trip that wrapped up last Saturday, Penn is hoping it can pick up where it left off back on home turf after earning back-to-back victories that kicked off the club’s drive into the playoff picture.

“Momentum is the key word,” said Penn FC Head Coach Raoul Voss. “We have to keep building from the positives, keep using all the positives, and make sure we put this kind of spirit on the field on Friday.”

At the center of Penn’s road form was forward Lucky Mkosana, who scored for a third consecutive game in the club’s 1-1 draw against Indy Eleven this past Saturday. The Zimbabwean has now scored five goals in his past three games to take the team lead ahead of Ken Tribbett. Penn’s willingness to get wide and deliver into the penalty area is something Bethlehem has noted, with the hosts sitting tied for eighth in the league with 225 crosses from open play this season, an average of 14 per game.

“They are big and have a lot of good targets,” said Steel FC Head Coach Brendan Burke. “Ken [Tribbett] is someone that played with us last year and did a good job, he’s a good target in the air and has scored himself a couple goals. Lucky [Mkosana] is good in the air. These are all guys that we are familiar with and spent time in the organization at one level or another. We are familiar with them and very aware of their ability in the air.” 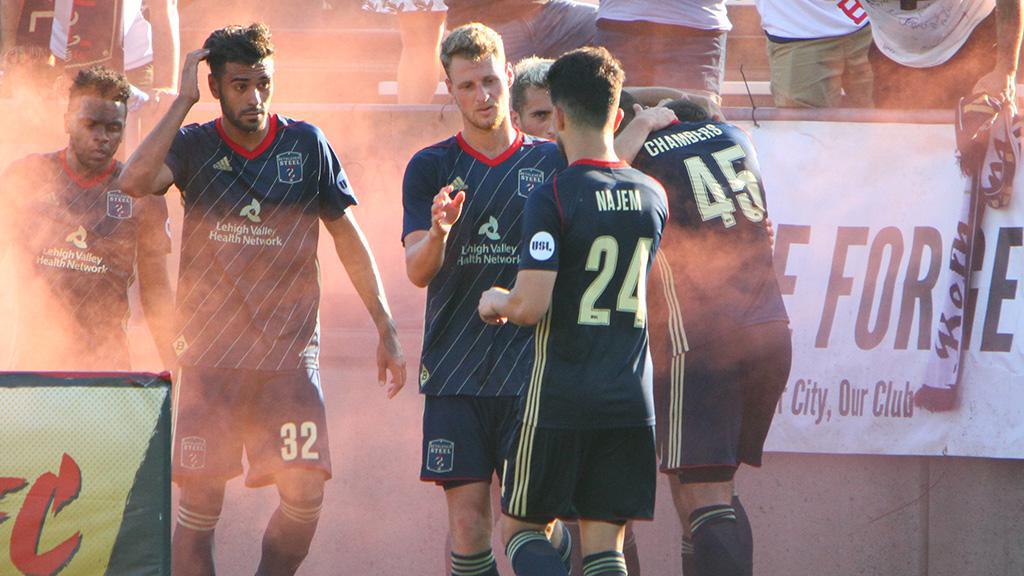 Bethlehem is coming off an emphatic 4-1 victory against the Charlotte Independence that moved the side back into the Eastern Conference playoff positions. | Photo courtesy Bethlehem Steel FC

With Steel FC coming off a 4-1 victory against the Charlotte Independence last Saturday in its most recent outing, though, Bethlehem brings plenty of attacking threat of its own. All three of Fabian Herbers, Drew Skundrich and Santi Moar provided at least one goal and one assist in that victory, with the increased focus the side has shown on matchups producing tangible results.

“We’re just taking it game by game. I think the ability to focus on each opponent and areas where we might be able to get an advantage is where we’ve been good and concentrating on it,” said Burke. “That’s given us the ability to stay in games or get on top of games over the last couple week.”

As Steel FC prepares to make the 90-minute drive across I-98 to face its in-state rival, though, Penn is keen to leapfrog its visitor in the standings and carry the momentum its built into a serious run at a playoff berth.

“We’ve won quite a few against some good teams so now we’re coming up against a couple teams here that are right around us in the table, so we need maximum points these next few games,” said Tribbett. “We’re hot right now, we’re playing well so hopefully we can get two wins.”