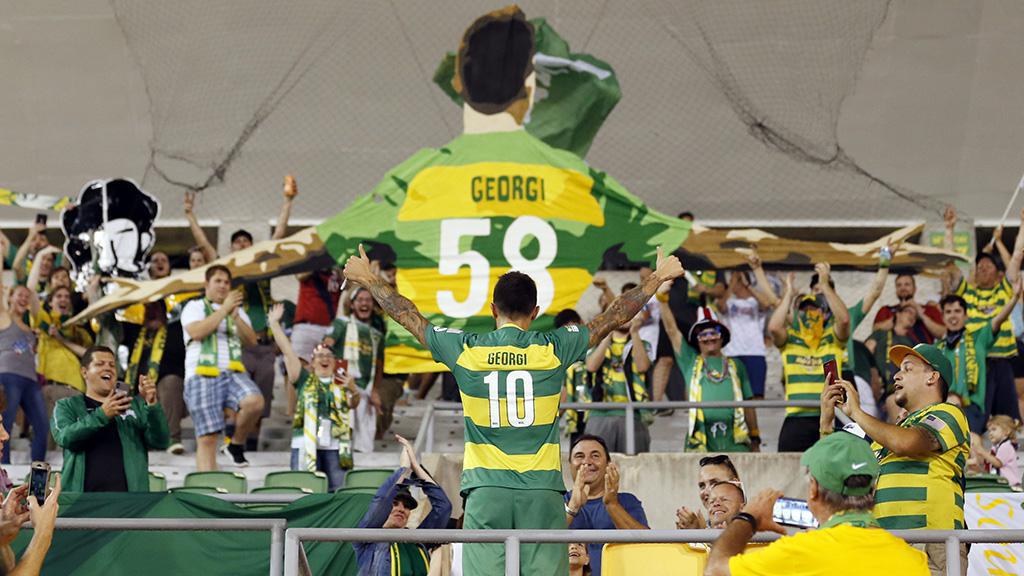 ST. PETERSBURG, Fla. – With his last goal having arrived on April 21 in the club’s last home victory, Tampa Bay Rowdies’ fans had needed to be patient as they waited for the chance to hoist the banner they’d created in anticipation of forward Georgi Hristov making club history.

Just eight minutes into the club’s 3-1 victory against Toronto FC II on Wednesday night, however, the large-format jersey commemorating Hristov’s 58th goal in Green and Gold – breaking the tie with Rowdies legend Derek Smethurst to become the club’s all-time leader in goals – was hoisted by Ralph’s Mob, creating another special moment for the club legend.

“They’re amazing,” said Hristov. “I’ve played for some big clubs in my country [Bulgaria] and Poland, but the fans here are amazing. Every game, they never stop supporting us. I told them that they’re amazing and that I really appreciate the support and to keep it up because I think our team has a great future.”

At the heart of the goal was Hristov’s natural opportunism, as a long clearance by Rowdies goalkeeper Akira Fitzgerald cleared both Leon Taylor and his marker near the halfway line. A moment’s hesitation by a Toronto defender gave Hristov all the opening he needed, and his first-time lob over advancing TFC II goalkeeper Borja Angoitia landed softly into the back of the net.

“My first coach always used to say, ‘No matter how small the chance is, just go for it always. Make the impossible possible,’” said Hristov. “I had to go a long way to get to the ball and I knew Leon [Taylor] would maybe miss it and his defender would go to the goalkeeper, so I was just ready for the ball. It was a good goal.”

The goal provided early impetus for the Rowdies as they claimed their first home victory under Head Coach Neill Collins, with the side having recorded three draws and one loss at home since the former defender’s appointment in May. As welcome as claiming the record proved for the Bulgarian, the victory was equally important as the Rowdies moved into ninth place in the Eastern Conference standings ahead of Saturday’s home clash with defending USL Cup champion Louisville City FC.

“It means a lot to me,” said Hristov. “The Rowdies are such an old club with a lot of history, but at the end of the day, it’s all about the three points. Let’s not take away the effort that the guys put in tonight. We deserved the win, so I’m even more happy that we won the game.” 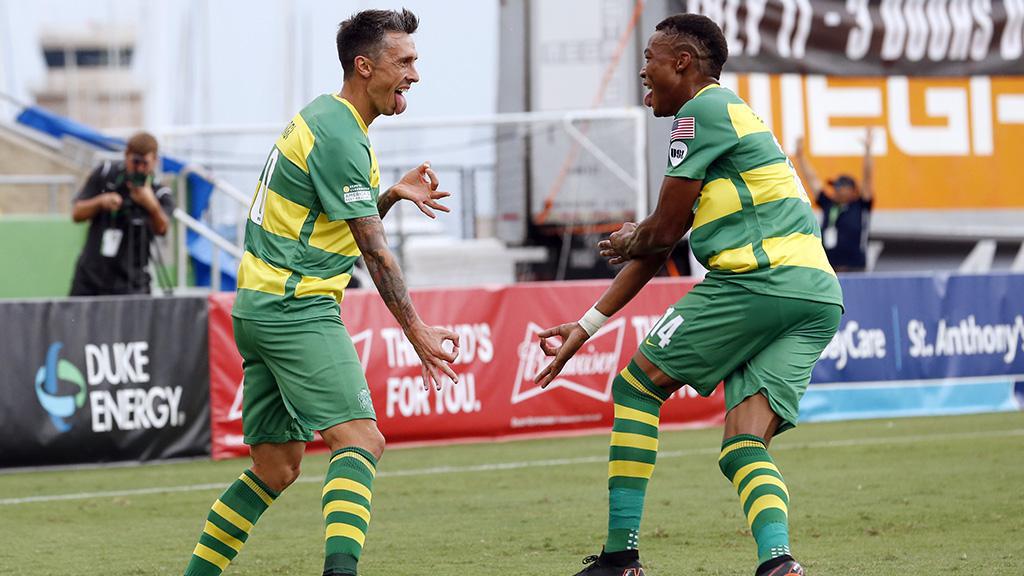 Leon Taylor also found the net for the hosts, his third goal in as many games since joining the Rowdies, while Joe Cole capped the performance with his fourth goal of the season with 11 minutes to go. The contest also saw debuts for new signings Stefano Bonomo and Afrim Taku, both of whom came on as second-half substitutes as the process of getting acclimated to their new surroundings began in earnest.

The night, though, belonged to Hristov.

“I’m delighted for Georgi,” said Collins. “We knew it was just a matter of time because a goal-scorer is always a goal-scorer. We were looking back at his record only last week and he’s got a goal every three games or every four games in his career, so that’s pretty impressive. He’s been getting into the right places and not put it in the net, and that’s a big sign that it’s going to come. I’m pleased for him. It’s huge for the club to have the record goal-scorer in our ranks and it couldn’t happen to be a nicer guy.”