RENO, Nev. – Throughout Reno 1868 FC’s 14-game undefeated run there had been some notable high points. Among them, the remarkable comeback victory against Sacramento Republic FC on May 12, and the sweep of a home-and-home series with a San Antonio FC side that while not in the Western Conference’s playoff positions currently still offers a solid litmus test of where a team stands.

But in terms of a statement game that placed Head Coach Ian Russell’s side firmly in the group of teams that look like USL Cup contenders, nothing at this point comes close to Tuesday night’s 3-0 victory against Real Monarch SLC at Greater Nevada Field, a victory that both moved 1868 FC into third place in the Western Conference standings and stands as the club’s most complete performance of the season so far.

“We are feeling wonderful,” said Reno forward Brian Brown. “To beat a first-place team and we’re trying to be in first place. This was the matchup we want. It’s a plus for us moving forward.”

Brown provided two of the goals on the night, giving the Jamaican five in his last five appearances and a team-leading seven overall this season. He was the beneficiary of a slick move that saw Chris Wehan, Tommy Thompson and Antoine Hoppenot combine to unlock the Monarchs’ defense in the 57th minute for a tap-in finish for Brown, but then finished with aplomb nine minutes later with a crisply-hit volley that put the game away for the hosts. 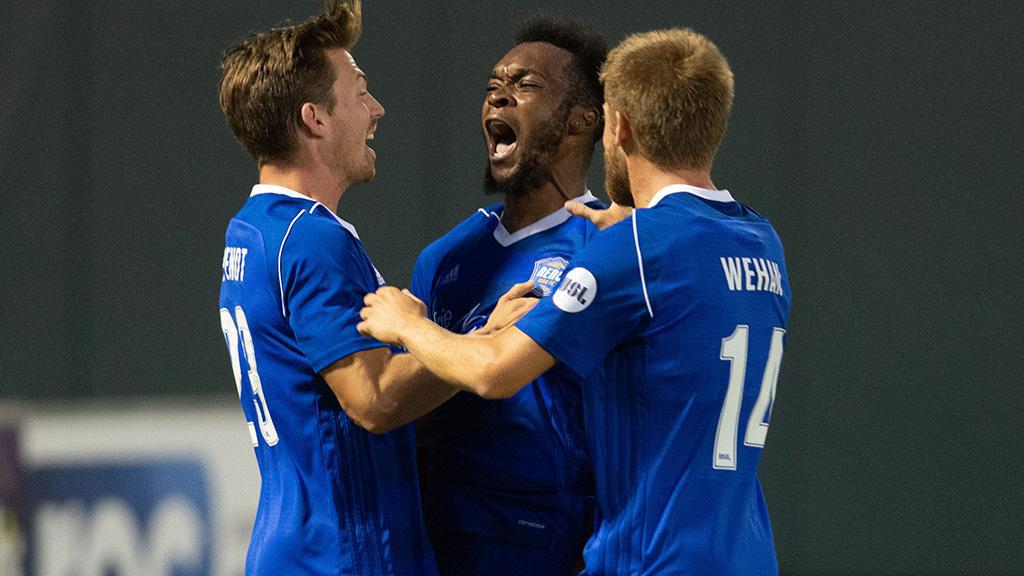 Brown’s chance at a hat trick was foiled with 10 minutes to go when Monarchs goalkeeper Jake Leeker pulled off his league-leading third penalty-kick save of the season with a fine diving stop on the Jamaican’s effort to the right corner, but that was the only blemish on a night that saw Reno double-up the Western Conference leaders in shots, 14-7, and record eight shots on goal to Real’s one.

“I think we created a lot of chances, really good chances and we were able to finish three of them,” said Russell. “We kept a shutout for the third match in a row. Our center backs and back four are working hard right now.”

In the middle of it all was Hoppenot, who finished the night with four key passes and whose assist on Brown’s goal moved him into a tie for the USL lead with eight alongside FC Cincinnati standout Emmanuel Ledesma. The former Philadelphia Union man has seen his role on the team invert somewhat this season, having already recorded more assists than he did a season ago while having yet to find the net in league play, but he got a rousing reception from the crowd of 5,125 fans on hand when he was substituted with five minutes to go, another impressive performance under his belt.

“Antoine has been a really quick player and he created havoc up front tonight,” said Russell. “He got another assist and he just continues to create so many chances for us during this run.”

“I think it’s a testament to the players,” Hoppenot added. “Brian Brown and Danny [Musovski] have finished a lot of my passes. I try to get them into spots where I think they are going to finish.” 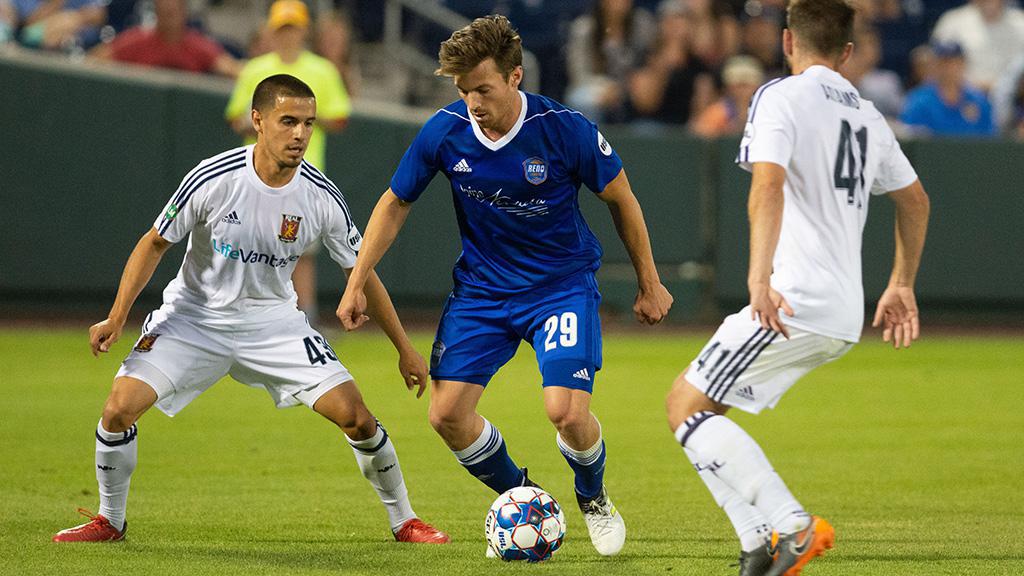 Reno 1868 FC attacking midfielder Antoine Hoppenot recorded his eighth assist of the season on Wednesday night to move into a tie for the league-lead. | Photo courtesy David Calvert / Reno 1868 FC

When the euphoria of Wednesday night wears off, there’s still a way to go for Reno to either catch the Monarchs – who still retain a six-point lead and a game in hand on 1868 FC despite Wednesday’s defeat – or to challenge the Richmond Kickers’ league record of 22 games undefeated. There is a sense, though, that this side is one that could accomplish something historic over the course of the second half of the regular season and the USL Cup Playoffs.

“Absolutely. This was probably one of the best games we’ve ever played. I’m the happiest it happened and it’s a good feeling,” said Hoppenot. “People are pretty happy right now. Fourteen unbeaten in a row and it’s the best place to be after notching three wins in a row.”