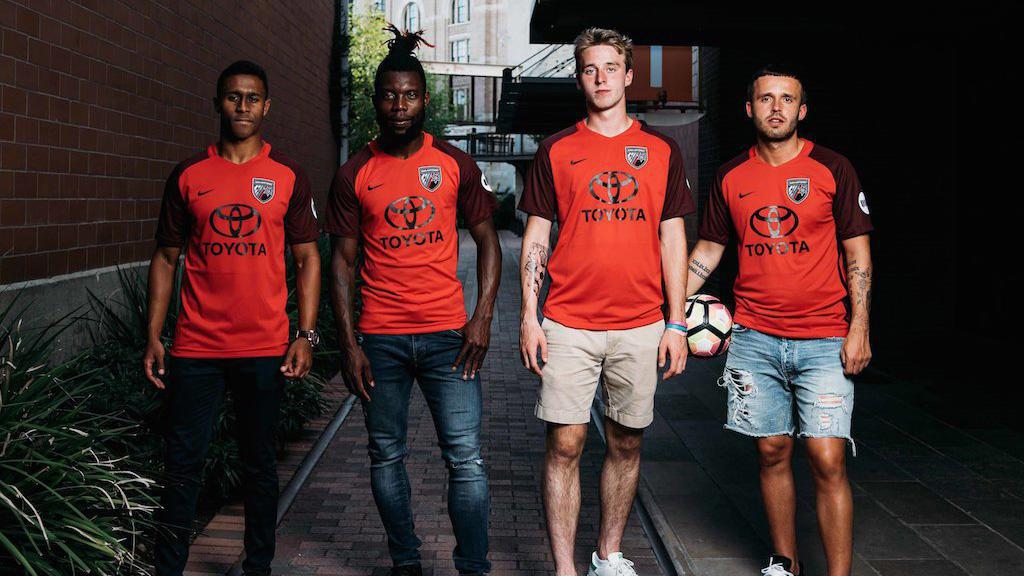 SAN ANTONIO – San Antonio FC debuted its sharp new third uniforms on Tuesday morning, and the club is hoping it will put on a matching performance when it first wears them on Wednesday night against OKC Energy FC at Toyota Field (8:30 p.m. ET | Match Center | ESPN+) as it returns home looking to start the new month with a victory.

Sitting three points out of the eighth and final playoff place held by Colorado Springs Switchbacks FC – which SAFC played to a 1-1 draw this past Saturday – going into Week 17 of the regular season, San Antonio has games in hand on all three teams sitting directly above it in the Western Conference standings. With three of its next four games at Toyota Field – including a visit from Western Real Monarchs SLC on July 21 and a rematch with the Switchbacks on July 25 – the side is aware it needs to start making a move to ensure a second consecutive trip to the USL Cup Playoffs.

“This week is very important,” said San Antonio defender Darnell King. “We are in 11th on the table and every player in our locker room realizes what our goal is. These three points, like every point, are very crucial to make moves in the standings. Having a game in hand with a lot of teams that have more points than us makes it that much more important to get a win.”

Wednesday night’s game is the first meeting between SAFC and Energy FC since last postseason, when OKC brought San Antonio’s stellar second season to an end after a penalty shootout saw the No. 7-seed Energy FC advance to the Western Conference Final. With a good contingent of the players that played a part in that victory still in the OKC squad, the return trip to San Antonio is one Energy FC is looking forward to.

“That was fun and certainly a game to remember,” said Energy FC defender Kyle Hyland said of last season’s playoff matchup. “Personally, I remember my task of defending [SAFC attacking midfielder Omar] Gordon. From a team perspective, I remember the late goal by [Wojciech Wojcik] and the PK shootout is a great memory as well. That was a tough game and hard fought by both teams. There was no shock that it was a tie at the end of the match based on how well the teams defended during the game. It’s a game I’ll always remember.” 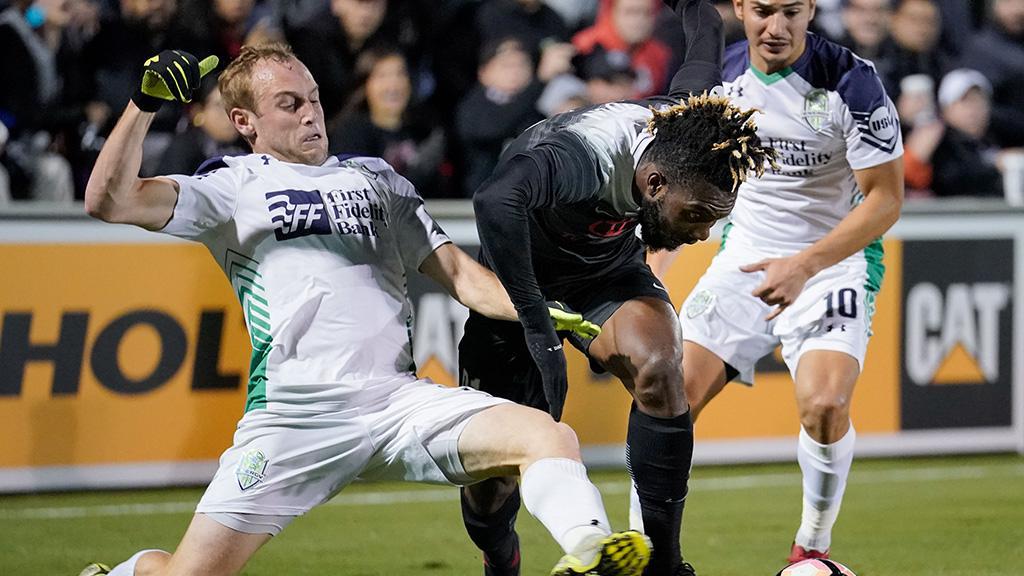 While currently sitting in 13th place, five points behind San Antonio, the visitors are in their best form of the season having taken three consecutive victories to salvage their own postseason hopes. They’ve also never suffered defeat to San Antonio, going 1-0-5 all-time in the regular-season series, which included a dramatic 1-1 draw in the regular season a year ago that saw Miguel Gonzalez score a stoppage-time equalizer at Toyota Field.

After grabbing a late 1-0 victory against the LA Galaxy II in its last outing on June 23, the feeling within Energy FC’s camp is that the side has reached a turning point that bears a similarity to that which propelled a late surge into the playoff places a season ago despite a slow first half of the season.

“There is a little bit of luck, you create your own luck, at the same time you’re fighting and working so hard,” said Hyland. “Things start to turn your way and show how much work has gone into the process.  I think that’s what is happening now…people are starting to see the benefits of the work that’s put in.  I think people can see why we’re winning matches now.”

From San Antonio’s perspective, however, there would be no better time than now to claim its first victory against Energy FC, both boosting its playoff prospects while putting the brakes on those of its visitors at the same time.

“OKC is on a good run of form with three wins, and we need to stop them at our home,” said King. “We need to come into the match focused and hungry with this quick turnaround from our last game against Colorado [Springs].”