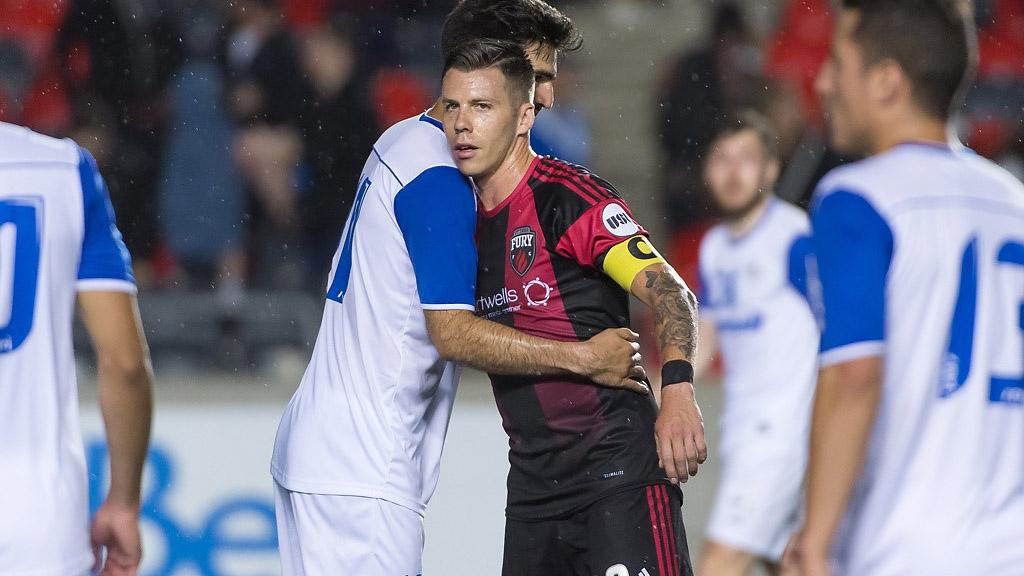 OTTAWA – With the change in format to this year’s Canadian Championship, Ottawa Fury FC faced a different obstacle to overcome in order to advance to the tournament’s Semifinals for a third successive year.

In taking a 1-0 victory on the night at TD Place on Wednesday night against Premiere Ligue de Soccer du Quebec champion AS Blainville, which led to a 2-0 aggregate victory in the tournament’s Second Qualifying Round, the USL side negotiated its task comfortably to earn a rematch with Toronto FC over two legs next month.

“We are very, very happy,” said Fury FC Head Coach Nikola Popovic. “This is the most important competition for us. The Canadian Championship was always our goal and one of the targets for this season was to reach the semifinal. Mission accomplished and now Toronto is coming. We will be prepared for that.”

After being forced to hold on to its first-leg advantage in Quebec a week prior after Tony Taylor had given the side an early lead, Fury FC was again given a test by the semi-pro side that included players with USL experience, but after weathering those moments the hosts took control of the contest midway through the first half as Adonijah Reid’s excellent recent form continued.

Voted the USL Player of the Week on Tuesday for his hat trick against the New York Red Bulls II this past Sunday, Reid this time played provider as he navigated his way past his marker on the left side and produced a low cross that ended up at the feet of Carl Haworth for a valuable insurance goal. Taylor twice almost added a second for the hosts with chances either side of halftime, but Ottawa’s defense ensured passage through as Maxime Crepeau recorded his second shutout of the tournament. 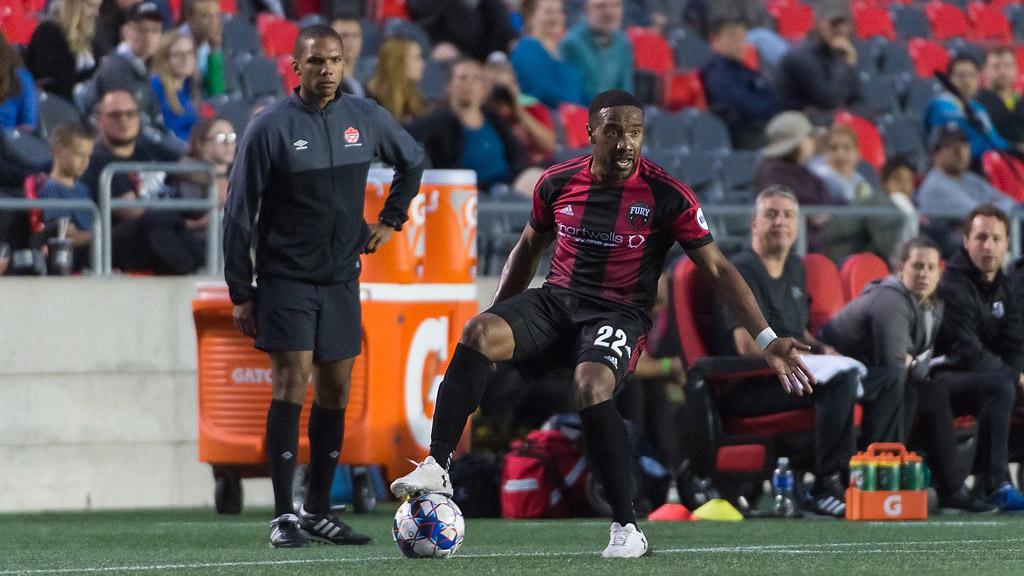 Ottawa will now get another shot at defending MLS Cup and Canadian Championship champion Toronto FC after a memorable tussle between the two clubs in last year’s tournament. Fury FC took a 2-1 victory in the opening leg at TD Place before a crowd of 7,761 before Toronto rallied back for victory at BMO Field to win the tie 5-2 on aggregate.

With three weeks to prepare for the opening leg of this year’s semifinals which kick off on July 18, Ottawa is aiming to take the same approach that has seen it go 7-2-2 in all competitions since the start of May.

“You have to look at every game the same way – it doesn’t matter if it’s Blainville, Toronto FC or Montreal,” said Fury FC midfielder Jamar Dixon. “You have to come with the right game plan and mentality and stay focused.”