TAMPA, Fla. – Phoenix Rising FC forward Jason Johnson has been voted the USL Player of the Week for Week 14 of the 2018 season. Johnson recorded three goals in two games, including a spectacular finish that drew worldwide attention this past Saturday night, as Phoenix swept to a pair of victories that moved the side within three points of Western Conference-leader Real Monarchs SLC. 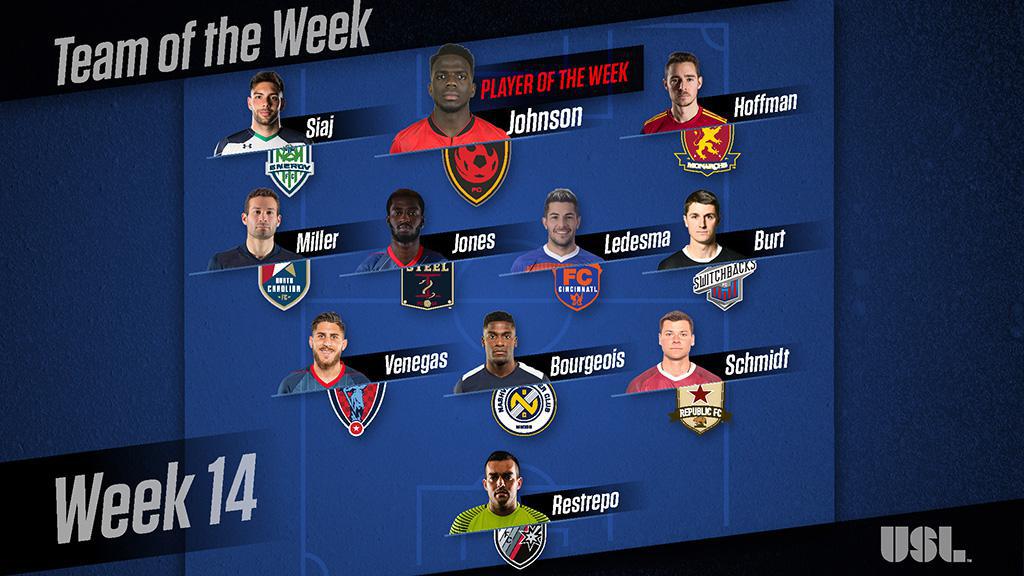 GK – Diego Restrepo, San Antonio FC: Restrepo recorded a nine-save shutout – tied for the most saves in a game this season – as SAFC claimed a 1-0 victory against Sacramento Republic FC on Saturday night.

D – Kevin Venegas, Indy Eleven: Venegas had a goal and assist, as Indy swept to a 3-1 victory against Toronto FC II to move into the top eight in the Eastern Conference.

M – Emmanuel Ledesma, FC Cincinnati: Ledesma scored a pair of goals to lead Cincinnati to a 4-0 victory against the Richmond Kickers on Saturday night at Nippert Stadium.

M – Jordan Burt, Colorado Springs Switchbacks FC: Burt scored twice in four minutes to turn the Switchbacks’ clash with Portland the way of the visitors in a 4-1 win at Merlo Field.