Johnson, Phoenix Too Much for Roughnecks

Jamaican continues hot streak with scissor-kick finish in 3-0 victory before 6,273 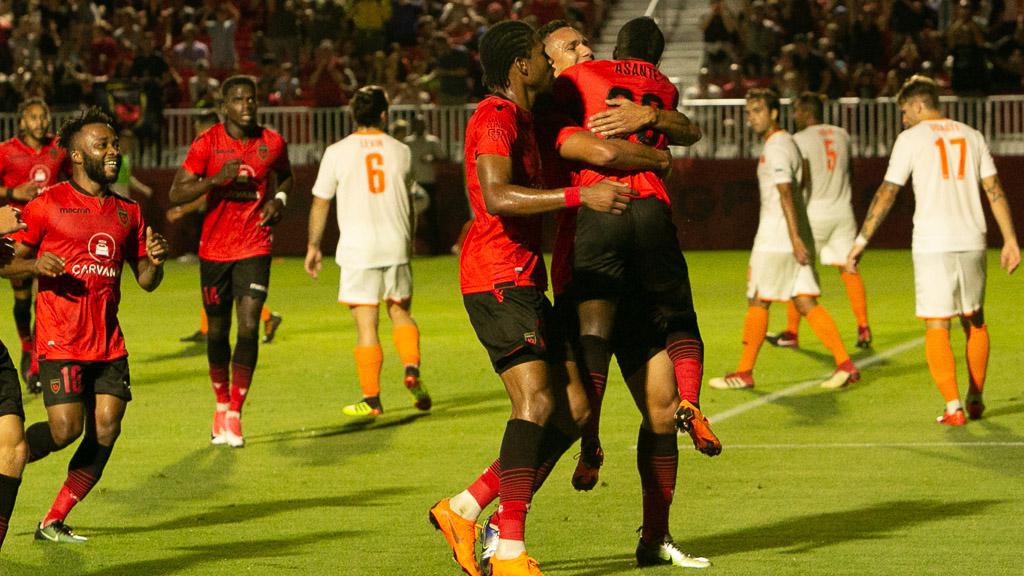 PHOENIX – Phoenix Rising FC scored twice late in the first half, including a highlight-reel finish by Jason Johnson, on the way to a 3-0 victory against Tulsa Roughnecks FC on Saturday night before a sellout crowd of 6,273 at the Phoenix Rising Soccer Complex. After few chances early, Phoenix began to apply pressure midway through the first half, and Gladson Awako forced a low save by Roughnecks goalkeeper Fabian Cerda in the 25th minute. Solomon Asante also went close three minutes later, flashing a shot just high from the right side of the penalty area, while Chris Cortez’s first-time finish in the 39th minute was also turned away by Cerda, but Rising FC scored seconds later as it kept the play alive with Asante, whose cross from the right was headed home at the near post by Cortez. Phoenix doubled its advantage three minutes later as a clipped cross by Amadou Dia was met by a perfect scissor kick by Johnson from 15 yards that picked out the left corner of the net, leaving Cerda helpless. The Roughnecks were then reduced to 10 men just before halftime as Jhon Pirez received his second yellow card, and that allowed Phoenix to control much of the game in the second half as it looked to add to its lead. Asante forced a fingertip save from Cerda in the 56th minute, and six minutes later Cortez was denied as his free kick almost picked out the top-right corner. The hosts wrapped up all three points with a minute to go, however, as Alessandro Riggi drove into the penalty area on the right and sent a low pass that Kevaughn Frater tapped home at the back post to cement a fine week for Head Coach Rick Schantz’s side.