‘Power to Unite’ a Driving Force for USL New Mexico

ALBUQUERQUE, N.M. – As he stood at the lectern on Wednesday evening at FUSION that welcomed USL New Mexico to the league for the 2019 season, principal owner Peter Trevisani had a confession to make.

“I didn’t grow up watching or playing soccer,” he said. “It wasn’t actually until 1998 when I was living in England and England was playing Argentina in the World Cup that I decided to go next door to a local pub to watch the game, and when I walked into that pub I couldn’t have been more of an outsider. I was a foreigner, I didn’t know much about the game, and I certainly didn’t appreciate what it meant to all the people in that pub who were trying to will England to victory that day. But for the next 90 minutes, I stood shoulder to shoulder with them, and I was just another bloke trying to make this victory for England happen, despite all odds.

“In that moment, I was hooked on soccer. What I saw on the screen, the energy of the players, the energy of the fans and supporters and the flags and the music and the singing, that stuck with me, but what I’ve learned in the last 20 years is the real power of soccer is the power it has to unite even the more diverse groups of people, and it’s that power to unite that we’re going to use as our core pillar to build our team.”

USL New Mexico became the latest addition to the league in the Southwest and was welcomed by a boisterous crowd on hand at the theater on what both local administrators and the organization’s ownership group was an important one both for the city of Albuquerque and the state. Red and yellow scarves with the motto “Unity” adorned all of the guests, and that was the theme for the event as a whole.

“This is about a lot more than soccer,” said Trevisani. “Yeah, we want to score goals on the field, but what we really want to do is create a platform for the community of New Mexico to engage with each other in a way they’ve never been able to before. We believe we can be an agent of change that helps this great state continue to be great.” 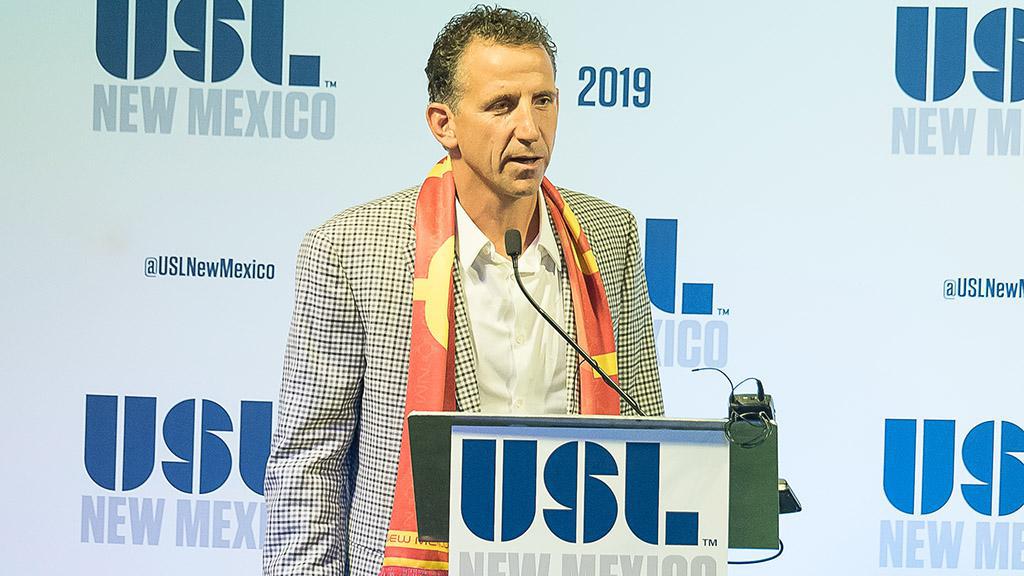 The arrival of professional soccer to New Mexico was welcomed by Albuquerque Mayor Tim Keller, who saw the investment as the continuation of a larger plan that is coming together that will elevate New Mexico in the national discussion as those like Trevisani work to drive the growth of the state.

“One thing that is special about this ownership group, most of us are from here, or are returnees, and these folks that are involved in a broader story, a story about coming home and investing in your home, and a commitment to raising our families here,” said Keller. “This is just the beginning, and when I say that you’re going to see all sorts of projects from this same group this decade – even right here along this very street – so I am so grateful as mayor that we are bringing back our best and brightest, we are keeping our best and brightest, and we are attracting the best and brightest from around the country. That is the future of Albuquerque.” 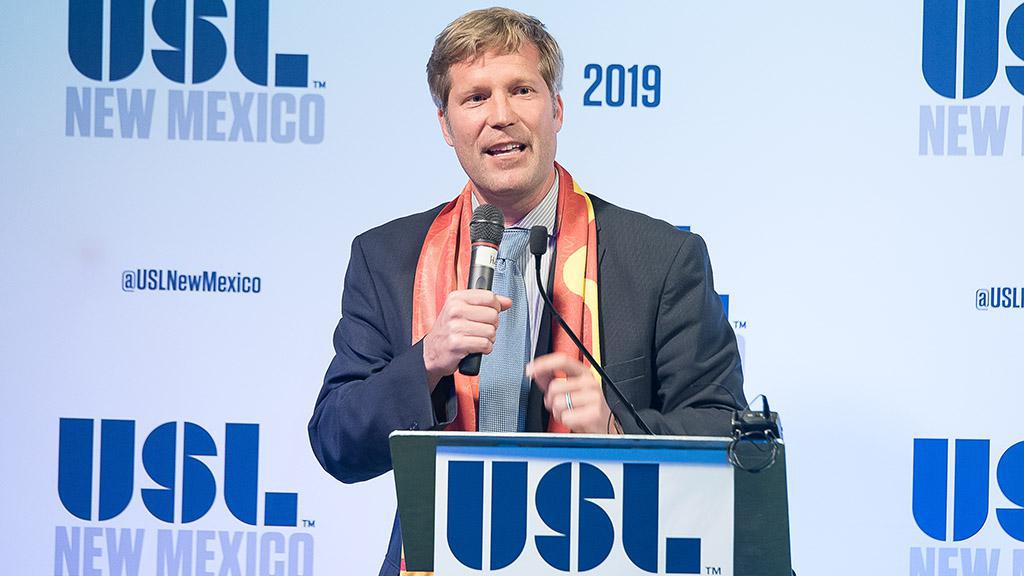 Tim Keller, Mayor of Albuquerque, was one of the honored speakers at Wednesday's event that saw USL New Mexico officially join the league for the 2019 season. | Photo courtesy Bryan Spurlock / USL New Mexico

After the presence of Trevisani and Ron Patel, the club’s Vice President of Sales and Partnerships, at the introduction of the USL’s 2019 expansion club in El Paso, Texas in April – with Wednesday’s event unofficially dubbed New Mexico’s Worst Kept Secret after USL President Jake Edwards introduced the duo to the crowd on hand and watching the live broadcast from El Paso – Keller is also looking forward to the rivalry that already exists in other areas now playing out on the field as well.

“I remember for decades we’ve had teams come in and out, and we’ve had some good experiences, but we have never had the USL,” said Keller. “We’ve never had this level of soccer before, this is professional soccer, and this is also about getting even with our rivals in El Paso that we compete [against] in everything. I’m so excited for this moment.”