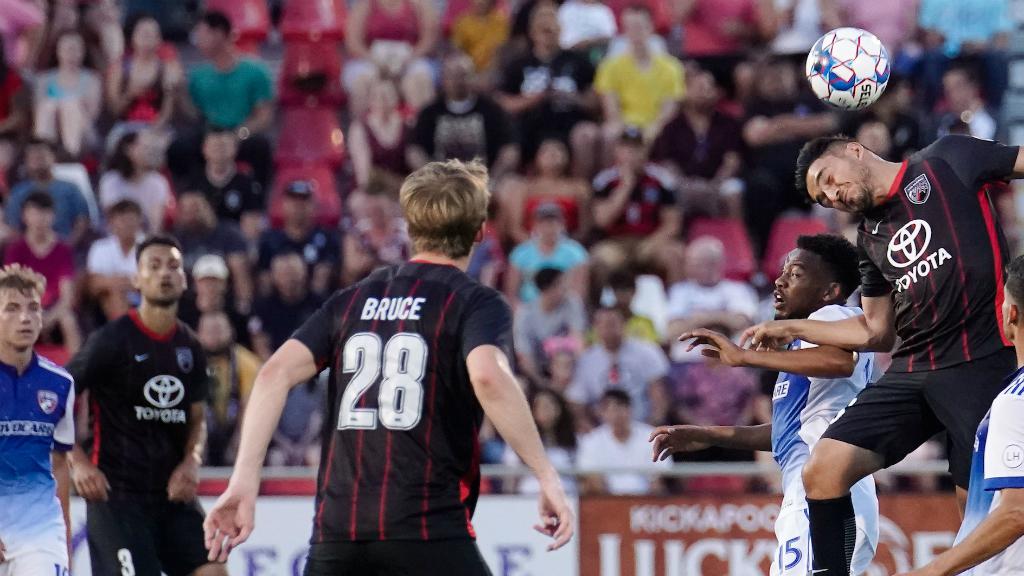 SAN ANTONIO — San Antonio FC showed it wasn’t to be pushed around but fell just short, as Major League Soccer's FC Dallas managed a 1-0 win in the Fourth Round of the Lamar Hunt U.S. Open Cup at Toyota Field on Wednesday night.

It was a tight start to the match as the two teams fought for possession with the hosts just edging that battle. Omar Gordon was looking especially dangerous for San Antonio but was often boxed out by the Dallas defense, which used its physicality to keep him out.

SAFC had the bulk of the shots, but the hosts struggled to hit the target with those efforts until the 25th minute when Gordon ran in the penalty area, catching out the defense and shooting only to see an effort that seemed destined for the net cleared off the line by Dallas defender Jordan Cano.

A clearance gave Dallas its first big opportunity of the match as the youthful speed of Cristian Colman looked to catch out the SAFC defense, but Greg Cochrane was at his best as he made a run to catch Colman and slid in to clear the ball away from trouble.

In first-half stoppage time stoppage time, Gordon saw another effort denied by a great Jimmy Maurer save in the Dallas goal, and the rebound fell to Sonny Guadarrama, who was denied by another clearance off the line, this time by Matt Hedges to keep the game scoreless at halftime.

Dallas wasted no time in hitting the lead in the second half as a mistake from SAFC midfielder Ryan Felix was pounced upon by Tesho Akindele, who punished him with a run at goal and sent his finish out of reach of stranded San Antonio goalkeeper Matt Cardone into the back of the net.

Now a goal down San Antonio was forced to go for it, but a stern Dallas defense held firm, buoyed by the lead it easily held out the hosts, who didn’t look as threatening in the second half.

The visitors could have wrapped it up in the 70th minute as youngster Ema Twumasi cut inside on the San Antonio defense and fired a shot that flashed cross the face of goal and wide.

Eleven minutes from time Gordon went agonizingly close to getting the hosts back on level terms as he used his strength to get around three defenders and shoot, but the Jamaican international sent his effort just over the bar. That would prove crucial as it would be as close as San Antonio would get as the club's Open Cup run came to an end after a big fight.