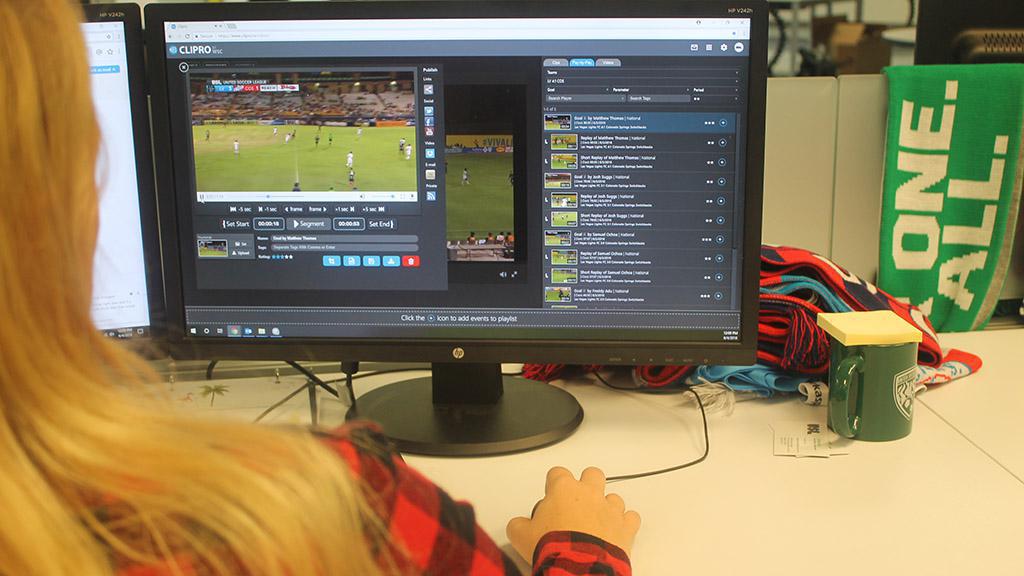 The USL first began working with WSC in 2017 prior to the USL Cup Playoffs to take advantage of the USL’s growing in-market television accessibility for clubs – of which 22 across the league now have local television packages – and visual presentation of the USL across all platforms, including its national broadcast partnership with ESPN. Since then, the USL has been able to leverage WSC’s offering that connects video, audio and data to capture video of every key moment from a USL game. This includes capturing goals and saves to moments that might be more difficult to pin down such as key passes. For example, a contest like Nashville SC’s 2-0 victory against Louisville City FC on May 13 contained 348 separate primary clips, and additional replays of the game’s 35 most important moments, providing a massive database for the league and teams to easily create video content.

“Our partnership with WSC is a groundbreaking digital initiative for us. It allows the league and USL clubs to create an almost unlimited opportunity to engage their fans and grow their brands through video,” said Vincent Wiskowski, the USL’s Director of Digital Projects & Emerging Technology. “We are leveraging Artificial Intelligence to convert our games into thousands of videos that clubs can use to drive fan engagement and generate sponsorship in real time across a vast network of social and digital accounts.”

“WSC’s technology not only provides sports leagues and teams with ‘search engine capabilities’ to find every play according to its metadata, but also enables brands to create any type of video compilation you can think of,” said Shaka Arnon, WSC Sports’ head of US operations. “The USL and our other clients can transform their digital content strategy and shift from being able to create a relatively small amount of video content aimed at the general public, to directly targeting their fans’ preferences, according to their location, their social following, etc.”

“We are opening up the floodgates with how our clubs can create customizable video that suits their fans interests. Whether it’s Didier Drogba’s free kick against Tulsa Roughnecks FC that went viral recently, or a highlight reel of their center back’s performance each month, there is an audience for each of those, and we are tapping into that.”  said Wiskowski. “By the time a player checks his phone after a game we can have a custom video of their best plays ready for them to share on their social accounts. This allows us to scale our video creation and distribution, helping us grow the USL fan base.”

The partnership between the USL and WSC Sports has added benefits for the clubs that utilize the service beyond front-facing digital platforms, too. In terms of player development, scouting and potential offseason recruitment, team coaching staffs and front offices now have access to a database that can create customized highlight reels of individual player or team actions that can be used instructionally in film sessions or to look at potential new additions when the offseason arrives.

“Many of our clubs already use video technology to break down game film for scouting purposes, or to try and help players improve their games,” said Gordon Bengtson, the USL’s Vice President of Competition & Technical Development. “Having a tool like WSC Sports on hand can simplify the process of picking out key areas for advance scouting, streamlining the process for clubs and increasing potential preparation time during a schedule that has busy stretches throughout the season.”