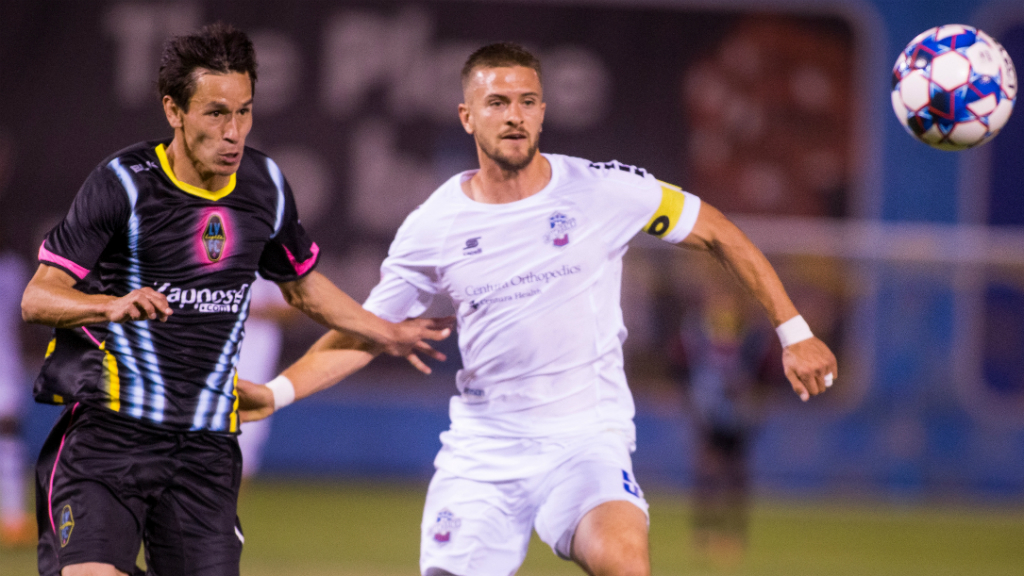 LAS VEGAS, Nev. – Colorado Springs Switchbacks FC looked to steal Las Vegas Lights FC’s thunder on Saturday, but the home side cruised to its third victory of the season, recording a 4-1 win at Cashman Field. Carlos Alvarez got things going for the home side, netting in the 24th minute. However, Lights FC really took control in the second half, as Freddy Adu, Samuel Ochoa and Matt Thomas scored for Las Vegas. Josh Suggs did net late to put some pressure on the home side down the stretch, but Martin Maybin was shown a red card moments later for violent conduct, swinging momentum back in the direction of Las Vegas. The opening goal of the match was sent into the penalty box as a cross, but Alvarez’s ball sailed over everyone and eventually past Switchbacks goalkeeper Steward Ceus. Adu, who celebrated his birthday on Saturday, finished acrobatically from close range two minutes into the second half, while Ochoa headed in his chance after an inch-perfect cross was sent into the box by Raul Mendiola. Suggs pulled one back for the visitors in the 77th minute, but Thomas worked his way into the box down the left wing in stoppage time and curled in a beautiful strike to secure the team’s first win since March. With the result, Las Vegas improves to 3-4-4 on the year, while Colorado Springs falls to 5-7-2 in 2018.

Carlos Alvarez, Las Vegas Lights FC – Alvarez performed well on both sides of the ball to help Lights FC secure a victory on Saturday, scoring a goal while completing 82.9 percent of his passes. He also recorded one chance created, one tackle and one clearance and won three of four duels on the night.