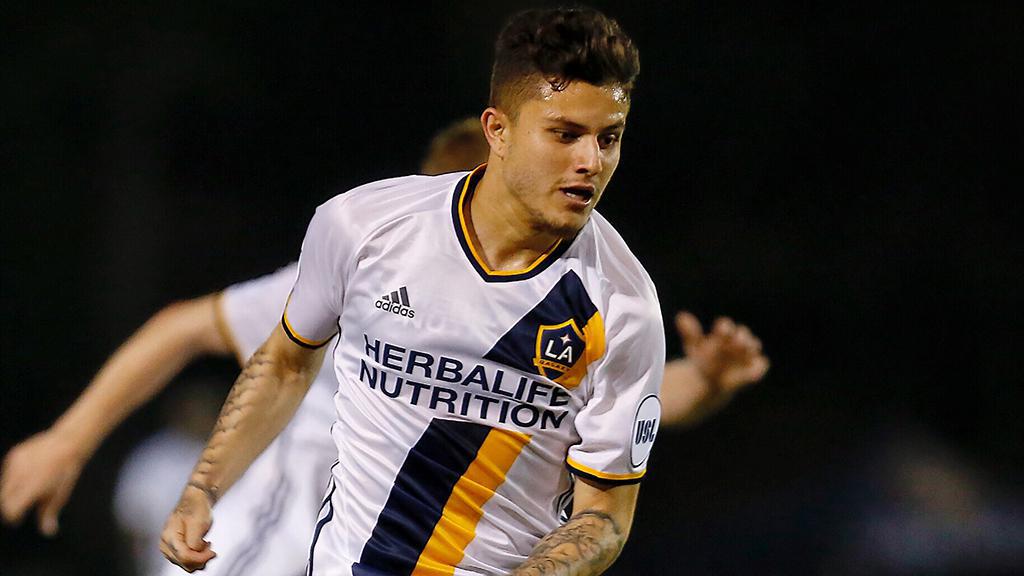 The duo joins the club ahead of Saturday night’s return to Cashman Field when Lights FC plays host to Colorado Springs Switchbacks FC looking to get back on a winning track after a two-game trip to Southern California last week.

“The principle is these two new players have experience in MLS and in the U.S. - In this moment, the team needs experience in the field,” Lights FC Technical Director Chelís said. “The next six games, to arrive to July 10, are very, very important. That’s 18 points the team needs, and these two guys make the team stronger.”

Mendiola is a former Homegrown signing for the Galaxy, and in 2015 helped lead the LA Galaxy II to the USL Western Conference Championship with 10 assists across the regular season and USL Cup Playoffs. The 24-year-old native of Ciudad Juárez, Mexico, joined the LA Galaxy Academy in 2011, and was signed to a Homegrown contract with Galaxy in 2014. The attacking midfielder made 13 career appearances in Major League Soccer for the Galaxy and recorded six goals and 20 assists in 39 appearances with Galaxy II in the USL.

“I’m just trying to do whatever the coaches need me to do within the game plan,” Mendiola said. “Whatever I have to do, I’ll do. [Chelís] has a lot of experience, so I’m looking forward to learning from him.”

Mathers featured prominently on loan with Seattle Sounders FC 2 over the past two seasons, where he recorded 14 goals and nine assists in 48 appearances for the club. A native of Keller, Texas, the 24-year-old Mathers was a second round by the Sounders in the 2016 MLS SuperDraft after a standout collegiate career at Duke University, where he tallied 14 goals and 18 assists. Mathers was voted team captain as a senior, and also earned First Team All-Atlantic Coast Conference honors.

“I’m excited to just be taking advantage of every opportunity I have here,” Mathers said. “It’s new, it’s exciting, the fans are really into it. It’s a great place to be right now. The [USL] Western Conference is really strong, and I think it’s just a great team to be a part of.”