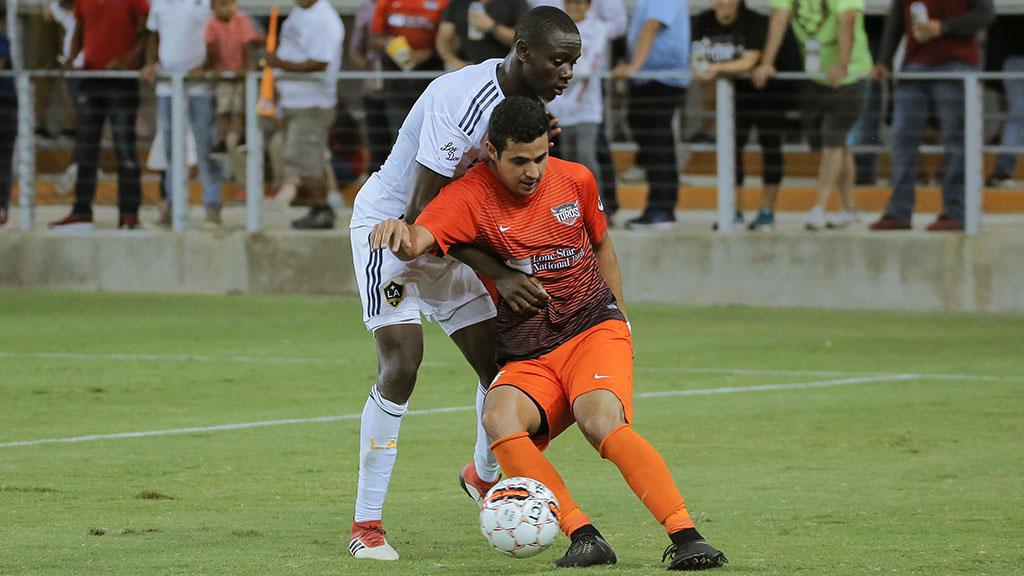 EDINBURG, Texas – Three minutes from time the LA Galaxy II hit a dramatic equalizer to steal a 1-1 draw with Rio Grande Valley FC at H-E-B Park on Wednesday night. Galaxy II and Mexico U17 international midfielder Efrain Alvarez showed his danger in the 12th minute when he swung a ball out of the reach of the defense to the far post, only to just miss his teammate at the far post. But the Toros responded and opened the scoring just two minutes later as Aldo Quintanilla received the ball and hit a powerful shot, bouncing it right in front of Galaxy II goalkeeper Wade Hamilton, which appeared to catch him out and found the back of the net to put the hosts ahead on their first shot on target of the match. After going two matches without a goal, the Toros looked more dangerous than they have all month, but the finishing was just not good enough to add a second as it remained a one-goal lead at the break. Los Dos came out from the break determined to equalize, but against a strong defense, it was hard to get shots away. Galaxy II Ethan Zubak should have got the equalizer for the visitors in the 65th minute when he rounded the Toros goalkeeper Nico Corti but then failed to take advantage, holding the ball too long and letting the Toros defense off the hook. But just when it seemed that RGVFC would hold onto all three points, Los Dos defender Frank Lopez rounded Corti and hit an impressive strike from a tight angle which snuck inside the post for an 87th-minute equalizer that would force the hosts to settle for a draw.

Aldo Quintanilla, Rio Grande Valley FC – Quintanilla scored the goal that put his side in front, and in a game of few chances the attacking midfielder created two of them. With attacking opportunities hard to come by Quintanilla was the star making a big impact.