1868 FC unbeaten in last seven after draw with S2 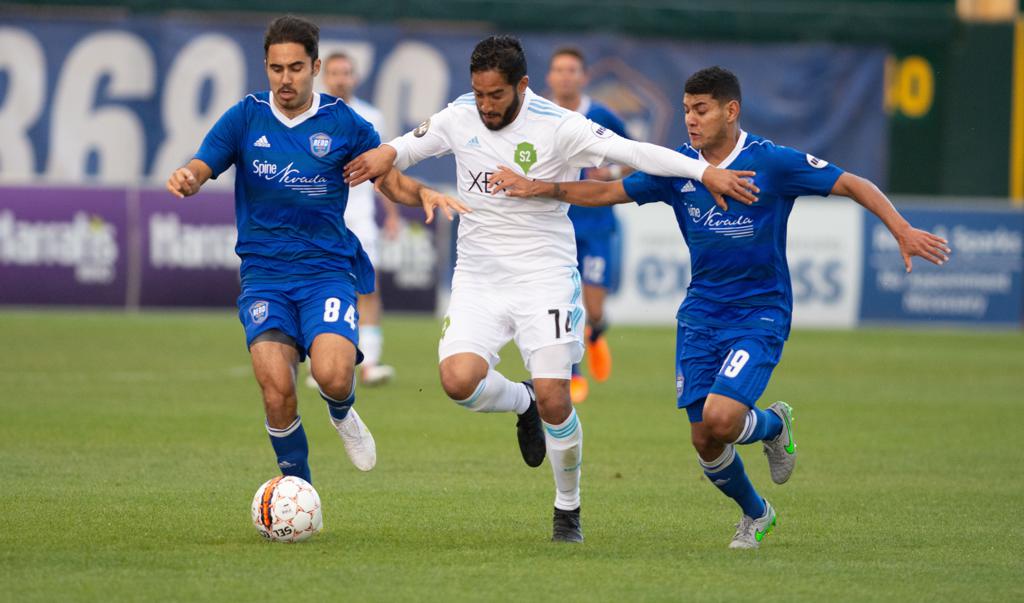 RENO, Nev. – Hosts Reno 1868 FC took a second half lead behind a Jerry van Ewijk goal at the hour mark but an equalizer from David Estrada helped Seattle Sounders FC 2 secure a road point with a 1-1 draw in front of 5,759 at Greater Nevada Field on Saturday. Van Ewijk’s deft volley opened the scoring as the halftime substitute collected a pass from Kevin Partida and beat a diving Calle Brown with a shot that found the bottom left corner. Estrada erased the gap soon after, heading home a lofted pass from Jesse Daly to even the score in the 71st minute. Both sides threatened prior to the final whistle but neither was able to find the decisive strike. Reno now stands at 3-3-5 overall (14 pts) after extending its unbeaten streak to seven matches while Seattle moves to 2-6-2 (8 pts).

1. By picking up just its fourth point in five home matches this season, Reno continued its current run of form that has followed a disappointing start to the season. The seven-match stretch without a loss is impressive, but with four of the last five matches seeing 1868 FC forced to share the spoils, its impact on the team’s standing in the Western Conference has been mitigated.

2. Rookie JT Marcinkowski turned in a five-save performance to preserve the draw for the home side, standing up to sustained pressure from a Seattle side that enjoyed the lion’s share of possession in the contest. The PDL alum has now totaled 14 stops while starting the last five matches during Reno’s unbeaten stretch.

3. Estrada’s goal was a big one for a S2 squad that had earned just four points in eight matches since a season-opening win over rival Portland Timbers 2. Saturday marked the first time since that victory that Seattle has come back from a deficit to earn at least a point, but the team’s winless streak grew to four in the process.

David Estrada, Seattle Sounders FC 2 – The veteran delivered the strike necessary for S2 to come away with an important road point and also completed nearly 90 percent of his passes to go with two tackles and a pair of interceptions