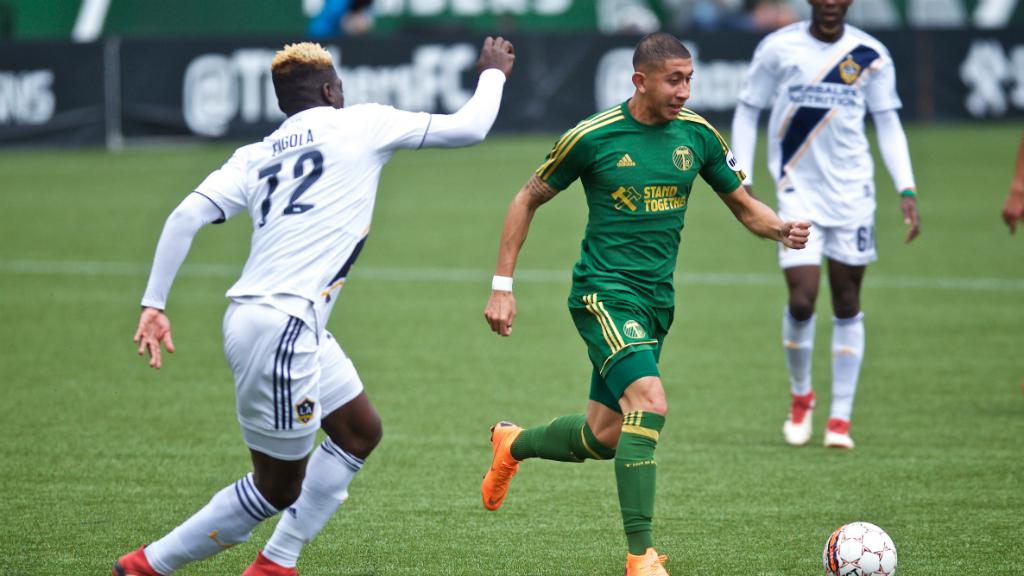 PORTLAND, Ore. – Portland Timbers FC 2 had too much firepower for LA Galaxy II, managing a 7-3 win at Providence Park on Friday, the most goals scored in a single match by T2. An error at the back from Los Dos opened the door for T2 to open the scoring. A soft header back allowed speedy midfielder Victor Arboleda to run in and send the ball across for forward Foster Langsdorf to simply pass the ball into the back of the net to give his side a deserved lead.

Portland wasn’t content with the lead and with two minutes to play in the half, T2 doubled the lead following a switch of play which stretched the LA defense. Jimmy Mulligan received the switch, allowing him to cross into the box, after a missed clearance the ball fell to Langsdorf who made no mistake to score his second of the match and fourth of the season. Los Dos got off to a perfect start in the second half with an incredible strike from a tight angle from teenager Efrain Alvarez. As a halftime substitute the youngster received the ball from Miguel Aguilar and hit a powerful strike from a near impossible angle to pull the visitors back into the match. Langsdorf continued his active match in the 56th minute as he was clipped to give T2 a penalty, which he stepped up and took, wrapping up his hattrick, the first in T2 history.

The goals continued to flow to start the second half and LA closed the gap again just two minutes later as Aguilar turned goal scorer, stunning Portland with a perfectly placed finish out of the reach of the keeper. The Los Dos comeback was complete in the 68th minute as Alvarez found enough space on the edge of the area to hit a powerful strike out of the reach of the keeper. T2 managed to restore its lead in the 81st minute after a saved shot fell to Eryk Williamson who was able to slide the ball into the empty net with the side of his boot. Portland sealed the match in the first minute of stoppage time when Marvin Loria hit a perfectly placed free kick for his first professional goal.

But T2 wasn't done yet as Arboleda stole the ball in the LA box and easily slid the ball past the keeper for another late goal. The seventh came with one of the last kicks of the match as Loria turned provider, setting up Augustine Williams who got a faint touch on it to make club history as Portland scored seven goals in a match for the first time in club history.

USLSoccer.com Man of the Match:
Foster Langsdorf, Portland Timbers 2 – Scoring the first hattrick in club history Langsdorf took advantage of the chances he was given, scoring his three goals on just four shots, only having one shot off target all match.