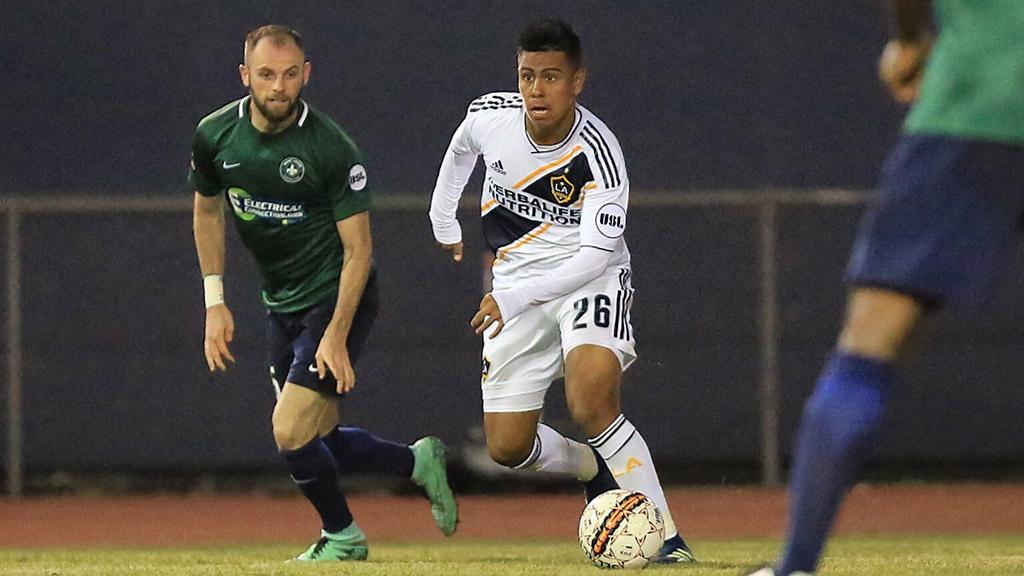 CARSON, Calif. – The LA Galaxy II are winless no more after topping Saint Louis FC 6-3 at the StubHub Center on Wednesday. Efrain Alvarez and Ethan Zubak shined brightest for Los Dos, as they both recorded a hat trick, which included an incredible left-footed curling effort from Alvarez that beat Saint Louis goalkeeper Jake Fenlason in the 47th minute. Early into the first half, Zubak and Alvarez scored four minutes apart, but Saint Louis would not go down without a fight on the night, and Albert Dikwa cut the lead in half with a goal of his own in the 39th minute. Alvarez again gave the home side a two-goal advantage early into the second half, but Saint Louis cut the lead to one once again via a goal from Kyle Greig in the 67th minute. Saint Louis was eyeing the equalizer after scoring that goal, but Zubak and Alvarez quickly swung momentum back into Los Dos’ favor, scoring a goal each five minutes apart moments after Greig's tally. Greig was able to score his second of the evening late into the match, but Los Dos was able to get another goal via Zubak to secure the victory. With the result, Los Dos improves to 1-5-3 in the 2018 USL campaign, while Saint Louis FC falls to 3-2-4 on the year.