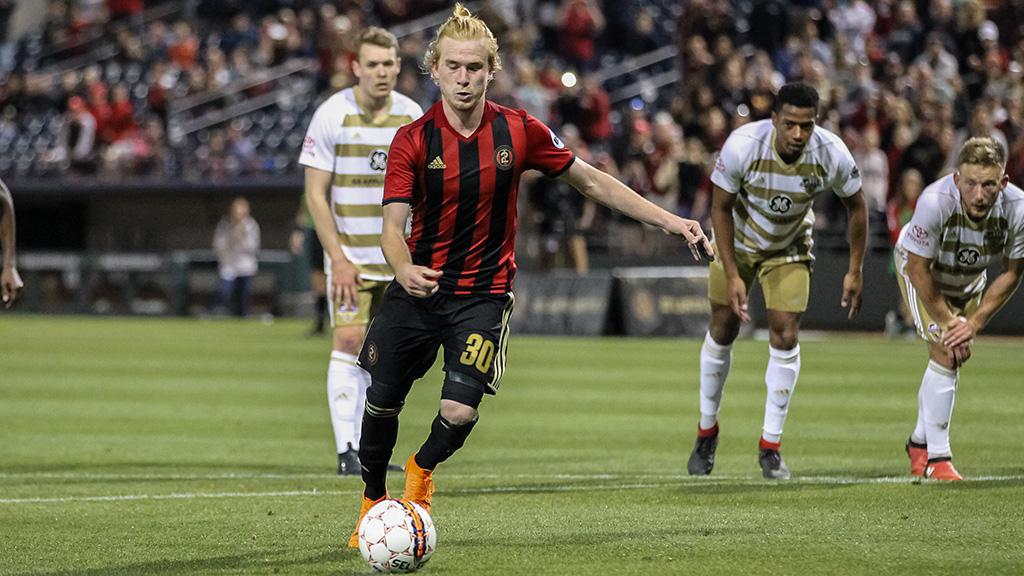 CHICAGO – ATL UTD 2 standout Andrew Carleton is one of 10 players currently competing in the USL who on Wednesday were named by Head Coach Tab Ramos to the U.S. U20 National Team squad that will head to Honduras for a pair of games against Los Catrachos on May 17 and 19.

LA Galaxy II leading scorer Ulysses Llanez Jr. and Swope Park Rangers forward Wilson Harris were also selected, with Llanez coming off finding the back of the net in Los Dos’ clash last Friday night with Phoenix Rising FC for his second goal of the season.

“I am encouraged by the start of this group,” said Ramos in the official announcement. “Their effort and confidence displayed during our trip to Spain was impressive, especially considering that our two games against France were very difficult. Some players on this roster going to Honduras have very little or no international experience and with World Cup Qualifying fast approaching, we are looking forward to providing valuable challenges to this U20 Men’s National Team.

“Honduras was the runner-up in last year’s Concacaf U20 Championship and will again be one of the strongest teams looking to secure a place in next year’s FIFA U20 World Cup in Poland. Playing against them on their home field will allow our players and team to grow on and off the field.”

Carleton scored his first professional goal last month for ATL UTD 2 in a 1-1 draw with defending USL Cup champion Louisville City FC and has made four appearances overall this season for the side. Goslin has also featured regularly for Atlanta in its inaugural season in the USL, making five appearances in central midfield.

Real has made 22 appearances so far for Steel FC, and earlier this season made his MLS debut for the Philadelphia Union. Fellow defender Sam Rogers was named the No. 5 player in the USL 20 Under 20 last season and has made 30 appearances for Seattle Sounders FC 2 since joining the club prior to the start of the 2017 season.

Ochoa made his professional debut for the Monarchs last month as the side faced the Tampa Bay Rowdies at Al Lang Stadium, while Ledezma has made two substitute appearances for the club, including in the Monarchs’ 2-1 victory against Orange County SC last Friday night.