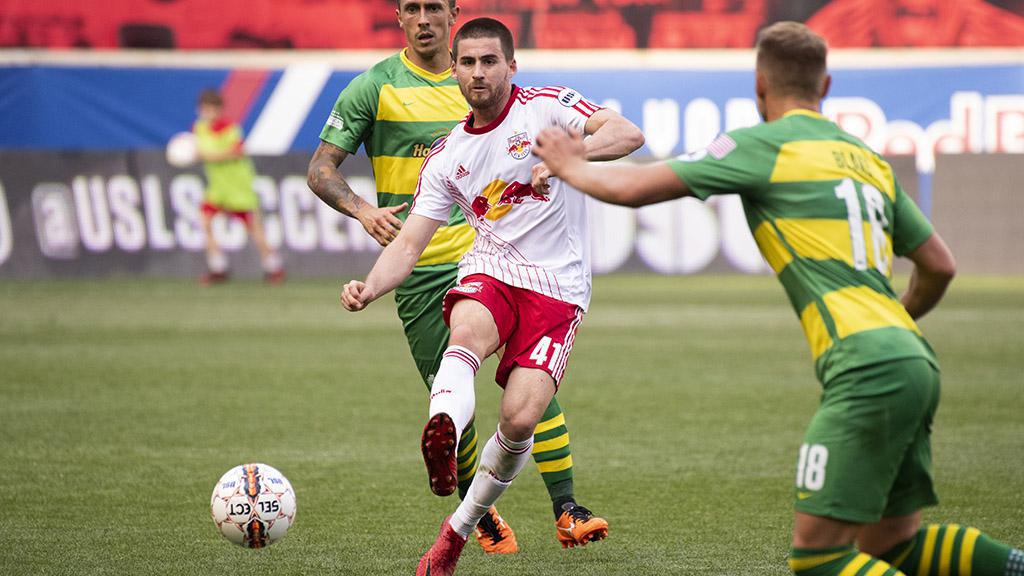 HARRISON, N.J. – The New York Red Bulls announced on Tuesday the club had signed outside back Ethan Kutler to an MLS contract, making him the seventh former New York Red Bulls II player to ink a first team contract with the club after competing for the organization’s successful USL side.

"I am beyond excited to get the nod and continue doing what I love for this organization," said Kutler. "Years of hard work, sacrifice, and commitment have led to this moment. Nothing stops here, and I will continue to push myself to make an impact at the MLS level.

New York's second-round pick, the 39th overall, in the 2017 MLS SuperDraft out of Colgate University, Kutler signed with the Red Bulls II prior to the 2017 USL season. He has since made 25 appearances for the club, logging 2,141 minutes, scoring one goal and contributing two assists.

Kutler ranked fourth on the team in interceptions last year with 43 and leads the team in that category with 22 in 2018. His lone professional goal came in a 4-0 victory against the Charleston Battery in the Eastern Conference Quarterfinals of the 2017 USL Cup Playoffs.

"Part of the value of our USL team is having players already in our environment that are ready to step up in these scenarios," said Red Bulls Sporting Director Denis Hamlett. "We know Ethan well, and he knows our system and our players. This is an exciting day for Ethan, his family and our club, and we are pleased to welcome him to the MLS roster. We know he will continue to work every day to make himself and our team better."

"Ethan is another player that we think has progressed well during his time in USL, and he has earned this opportunity," said Red Bulls Head Coach Jesse Marsch. "He understands our style of play and what we ask from our outside backs. We know he will continue to work hard and will be ready if called upon."