Penalty Save Earns Point for Toronto vs. New York 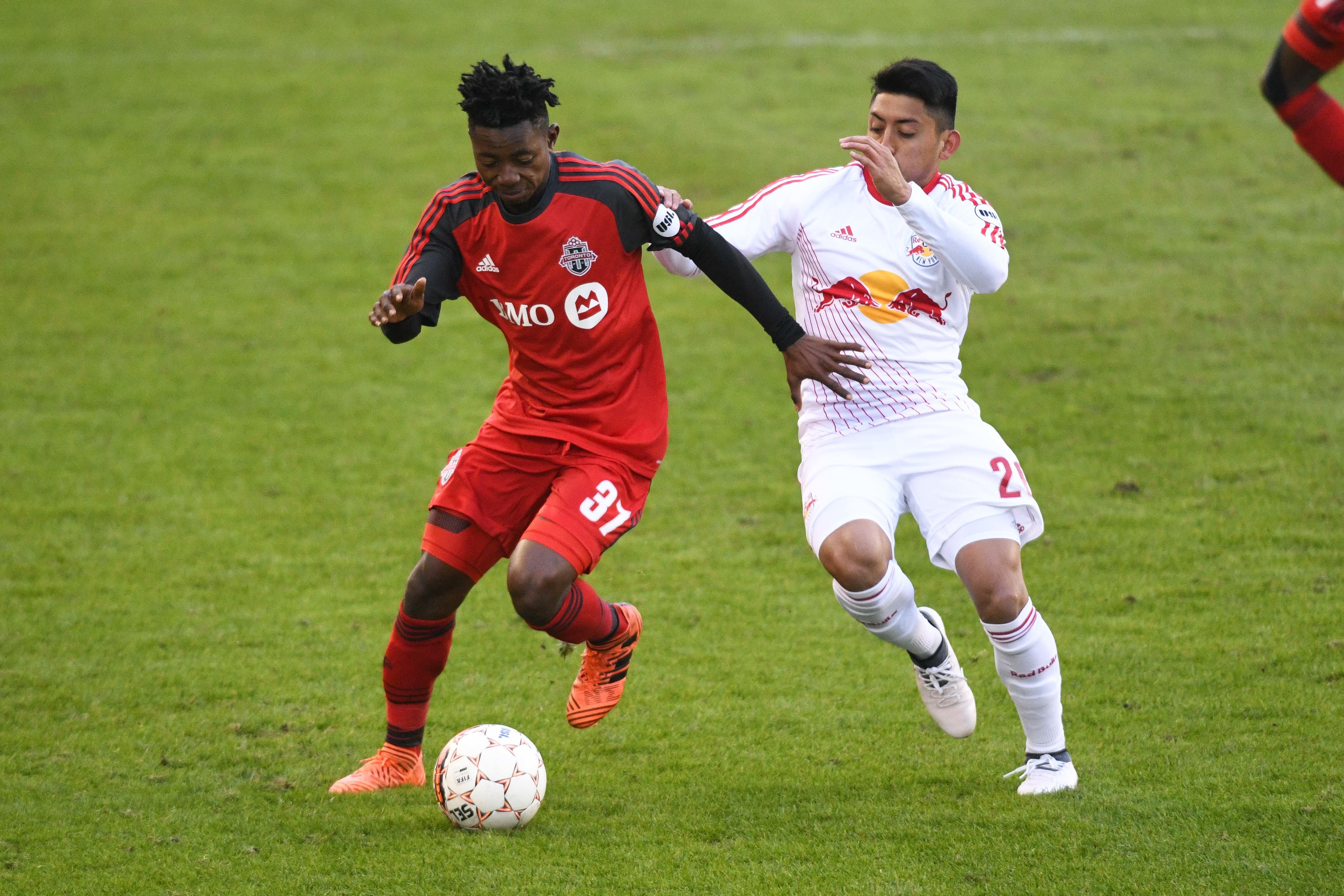 TORONTO – Goalkeeper Caleb Patterson-Sewell's penalty save made the difference for Toronto FC II as they split points with the New York Red Bulls II in a 0-0 draw at BMO Field on Saturday evening. The first opportunity went Toronto's way 15 minutes in as Ben Spencer got his head onto a corner kick in the six yard box, but directed his effort directly at Evan Louro who made the comfortable catch. In the 37th minute, the Red Bulls II appeared to get on the board when Amando Moreno redirected a Brian White cross into the back of the net, but was ruled to have used his arm, wiping the goal away and earning himself a yellow card. While each team would rack up several more shots, most would be off the mark, with Toronto only managing two shots on target while the Red Bulls II ended the half with none. The Red Bulls II would get their chance, however, as Moreno was taken down in the penalty area by Mariano Mino to earn a penalty. Red Bulls II captain Stefano Bonomo stepped up to the spot, but Caleb Patterson-Sewell guessed correctly and make a huge diving save to his right to keep the score level. While the visitors  continued to push, accumulating a number of shots in the second half, Toronto's defense did its job and held off the aggressive attackers. Ultimately, neither team was able to break through, with the match ending in a scoreless draw and the teams splitting points.

Caleb Patterson-Sewell, Toronto FC II – On a well-taken second-half penalty, Patterson-Sewell made a leaping save to his right to keep the score level and earn the hosts a valuable point.