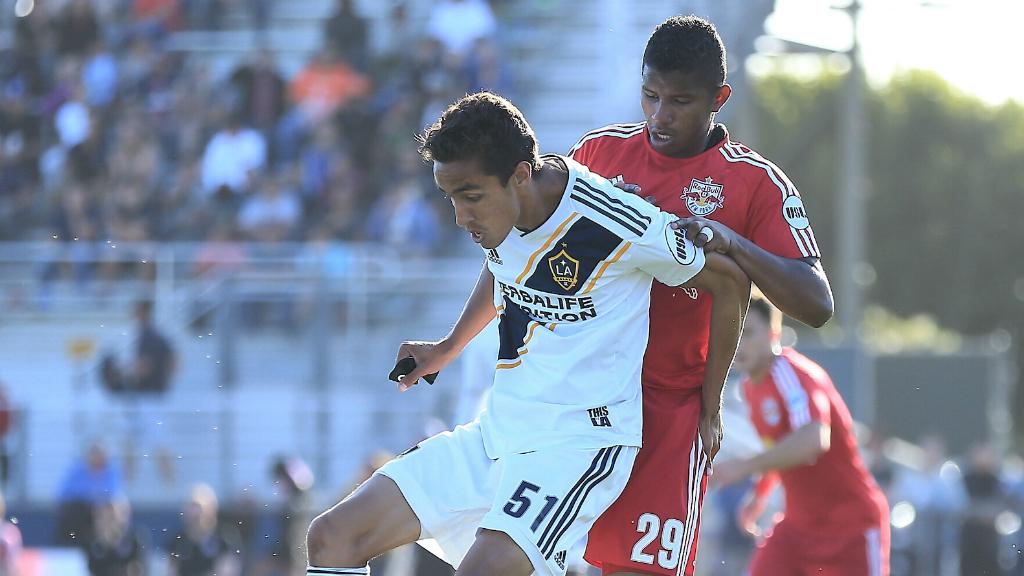 CARSON, Calif. – Wayward shooting cost LA Galaxy II dearly as Los Dos was forced to settle for a 1-1 draw with the New York Red Bulls II at StubHub Center Track and Field Stadium on Sunday evening. The Galaxy II started the match well, putting NYRB II goalkeeper Evan Louro under pressure in those early stages but couldn’t hit the target. That trend would continue throughout the whole first half as Los Dos starved New York of possession, but eventually that pressure told as the hosts opened the scoring thanks to Ethan Zubak, who slid in and stole possession before squaring the ball for Ulysses Llanez Jr., who ran onto the ball in space and hit it powerfully into the top-right corner of the net. New York thought it equalized five minutes later when defender Fidel Escobar headed home from a free kick but was denied by the offside flag. The start of the second half was a mirror image of the first as NYRB II had all of the ball, but struggled to get shots on target. Los Dos' Ariel Lassiter should have doubled the lead in the 68th minute when the ball was squared to him with an open net, but an extra touch allowed the defense to get back and block the shot. That miss seemed to spur LA on, with Lassiter trying to make amends in the 75th minute with a shot that was denied by a stunning Louro save. That save would prove crucial as New York found the equalizer three minutes later when Amando Moreno made a long run, breaking into the penalty area to get onto a flicked header by Stefano Bonomo before shooting into the right corner. Moreno's goal stood as decisive as a late LA Galaxy II push to salvage a point came up short as the points were shared.

Ethan Zubak, LA Galaxy II – Dangerous up front for the Galaxy II all match, Zubak provided the assist for the Los Dos goal, just one of an incredible six chances he created in the match.