Hounds, Cincinnati Finish Even Before 24,505

Dover, Vancaeyezeele score for the Hounds, while Walker, Konig net for the home side 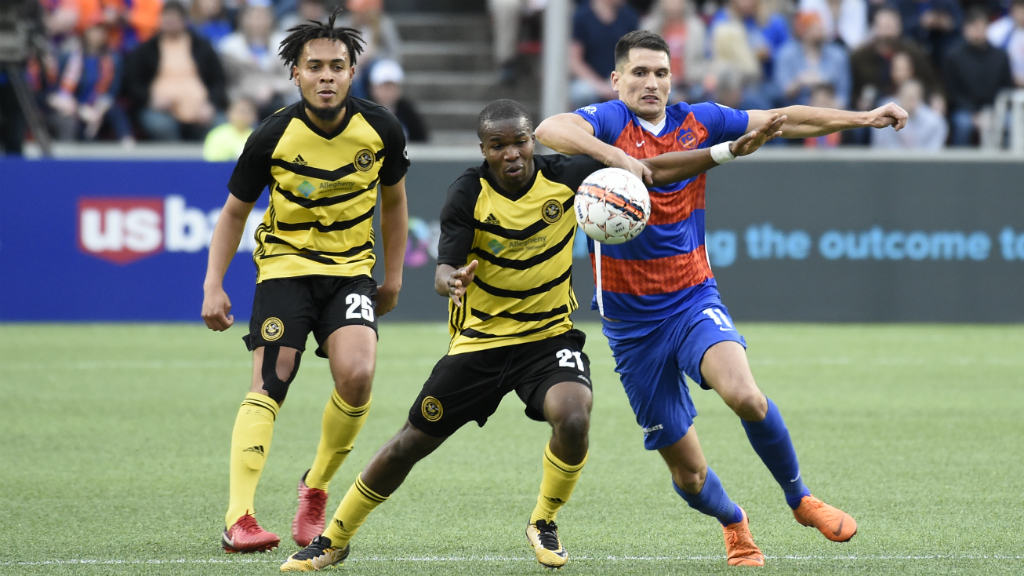 CINCINNATI – Pittsburgh Riverhounds SC remained undefeated in the 2018 USL regular season after earning a quality 2-2 result against FC Cincinnati in front of 24,505 at Nippert Stadium on Saturday evening. Jordan Dover scored the first goal of the match for Pittsburgh in the sixth minute, gathering the ball down the right wing before forcing his way into the box and hitting a right-footed blast by Cincinnati goalkeeper Evan Newton, who was able to touch the ball as it went by but was unable to stop it from crossing the line. However, for each goal the Hounds were able to produce, Cincinnati had an answer. Down 1-0 at halftime, the home side came out of the gates with better energy as it searched for an equalizer and finally found it in the 59th minute, when Danni Konig received a pass from Corben Bone before hitting a right-footed shot past Pittsburgh netminder Daniel Lynd. Thomas Vancaeyezeele scored Pittsburgh’s second in the 73rd minute, though, hitting a low blast past Newton after receiving a pass from Kenardo Forbes to silence the large crowd on hand. But Cincinnati kept fighting, and Kenney Walker smashed in the game-tying goal in the 78th minute after the ball fell to his feet in the center of the penalty area. With the result, the Hounds move to 2-0-3 on the year, while Cincinnati is now 2-1-2.

Jordan Dover, Pittsburgh Riverhounds SC – Dover was an impact player on the offensive and defensive ends for the Hounds on Saturday, scoring the first goal of the game and completing 85.7 percent of his passes, while also recording five interceptions, two clearances and one tackle.